Some Consistency Please, Your Honours

Why can’t the Judiciary apply to itself the standards by which it judges the CVC case? 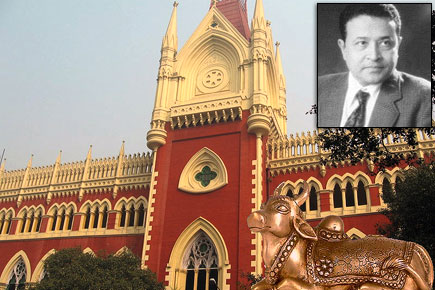 Why can’t the Judiciary apply to itself the standards by which it judges the CVC case?


In striking down the appointment of Central Vigilance Commissioner PJ Thomas, the Supreme Court has revalidated the idea of institutional sanctity, where personal integrity by itself is not sufficient to guarantee the functioning of important constitutional authorities.

In Thomas’ case, even his critics concede his integrity is above board. The IAS officers who have been his compatriots and juniors endorse this strongly. The background of the palmolein import case that dates back to 1991 is important in this context. In 1996, the Left government in Kerala had ordered a vigilance enquiry into the cabinet decision taken by the former Congress-led UDF government to import 15,000 metric tonne of palmolein, which allegedly caused a revenue loss of Rs 2 crore to the state. PJ Thomas, then food secretary, who issued the order followed by the cabinet decision, was chargesheeted along with the other seven accused, including the then Chief Minister, the late K Karunakaran.

In 2006,the Supreme Court admitted the plea by the then Congress-led UDF government to close the case, but the matter remained pending as a general election had been announced. The Left came to power in Kerala in 2006, and decided to pursue the case again. The new government changed its stand in court, and sought the approval of the Supreme Court to proceed with the case in the special court in Thiruvananthapuram. K Karunakaran approached the Supreme Court for a stay on the proceedings, which was granted. The stay was in force till his death in December 2010.

Meanwhile in 2007, Thomas was empanelled, followed by a green signal by the Central Vigilance Commission, which found there was no merit in the case warranting prosecution of the officers. Thomas vacated the position of chief secretary to the government of Kerala in 2009, and moved to the Ministry of Parliamentary Affairs. Later, he was appointed secretary, Department of Telecom, but was not holding the post at the time of the 2G scam. He was chief secretary of Kerala then.

What is important, though, as the Supreme Court has noted, is that in appointing Thomas, procedural safeguards were ignored, and as the Prime Minister has himself conceded, information about the case against him was not made available on the file prepared for the appointment. The previous CVC has also said that while clearing Thomas’ name, details of the case were not known to him. This safeguard of institutional procedure is welcome and must extend to other institutions that play a similar role in public life.

Now, consider the case of Justice Soumitra Sen, a judge at the Calcutta High Court who is on the verge of impeachment but is still holding onto his post. Sen’s case is of far greater import, if such a comparison is allowed, than even the CVC’s.

The case dates back to 1984, when Justice Sen was appointed receiver in litigation between the Steel Authority of India Ltd and Shipping Corporation of India when he was in practice as a lawyer. The receiver was entitled to sell imported goods through public auction and keep the sale proceeds in a bank. Sen sold a quantity of goods and kept Rs 33 lakh in his own bank account. He did not submit accounts to the court, nor did he return the money even after his appointment as a Calcutta High Court judge in 2003.

Following the recommendation of Justice KG Balakrishnan to impeach Justice Sen, a Rajya Sabha committee found him guilty of misappropriation of funds and misrepresentation of facts in court. It seems his impeachment is unlikely in the current session of Parliament. The delay gives a tainted judge the opportunity to cling to his chair. The point is: is not the appointment of a tainted person to the Judiciary non est in law?

Consider the Thomas case. As per the Central Vigilance Act of 2003, the President of India is the only authority who can sack the CVC. Section 6(1) of the Act says: ‘The commissioner shall be removed from office only by the order of the President on the ground of proved misbehaviour or incapacity.’ Advocate KK Venugopal, appearing pro bono for PJ Thomas, contended that once appointed, the due course of law should be followed to remove the CVC. Negating this argument, the Supreme Court has gone into the very basis of Thomas’ appointment and declared the same as non est in law.

In the CVC’s appointment, it is not the ultimate decision that has been shot down, but the very decision-making process preceding the appointment. Apply this to Sen’s case: the charge against him of misappropriation of funds dates back to well before his appointment as a High Court judge. Why, then, should his appointment not be quashed? If a tainted person cannot be allowed to chair an institution like the CVC, then institutional integrity must be defended across the board. What is the sense in confining it to a particular institution?