So You Were Afraid of Global Warming 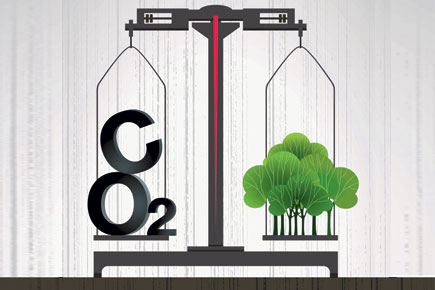 
Last October, Mumbai University’s Centre for Extra Mural Studies organised a day-long ‘International Conference on Climate Change: Shifting Science and Changing Policy’. As against the popular belief that global warming is a settled subject, they approached it critically. One of the speakers was RH Kripalani, a former head of climate research at the APEC (Asia Pacific Economic Cooperation) Climate Centre in Busan, South Korea. He is presently a faculty member of the Centre for Advanced Training in Earth Systems Sciences and Climate at the Institute of Tropical Meteorology in Pune. Kripalani’s presentation was short. He had been studying the monsoon for over four decades and talked about whether global warming would have any impact on rains in India. It had been the subject of a paper of his, according to which monsoon rainfall will actually increase in India if man continues to pump carbon dioxide into the air. When the audience was invited to ask questions later, one young puzzled student got up and asked if what he had just heard was true, then wasn’t global warming actually good for India?

Among the 500 odd people there, only one person made this inference, and there’s a reason for that. In the popular imagination, everything about global warming is connected to catastrophes. The Intergovernmental Panel on Climate Change is the United Nations’ body with the mandate to collate all research on global warming and arrive at some sort of consensus. But according to climate change sceptics, the IPCC is a believer, and everything that follows is just confirmation. When Mumbai got flooded in July 2005, the IPCC’s head RK Pachauri immediately ascribed it to global warming. But that was a guess. It is true that there are many studies that show global warming causes extreme weather events, but that is not the same as saying every extreme weather event is caused by global warming. In the popular imagination, global warming is all about disasters and doomsdays. But if the monsoon gains in strength, then it is clearly good for India because Indian agriculture is umbilically tied to these rains. Plus, this country remains a nation of farmers, who account for 58 per cent of all employment.

The IPCC periodically comes out with assessment reports on the state of climate change. It has scenarios—what could happen in the future, given certain conditions. Kripalani’s paper, which went under the rather mouthful title, ‘South Asian Summer Monsoon Precipitation Variability: Coupled Climate Model Simulations And Projections Under IPCC AR4’, did something simple. It took 22 climate models that the IPCC itself uses for its scenarios. Models are mathematical equations, representing among other things the behaviour of oceans and the atmosphere. These data points are fed into super computers to replicate the climate, and then used to make future projections. Models are a work-in-progress. They are built over decades by large teams with new data continually added in. Kripalani’s study checked the 22 models to see which of them came close to the Indian monsoon as it is observed at present. (To show how unreliable models can be, one model didn’t show that India had a monsoon at all; this could be because the original model’s objective didn’t need to factor India in, or such constructs are just useless for more localised forecasts).

They then zeroed in on six models that corresponded with the existing monsoon. After which, scenarios were forced onto them whereby carbon dioxide increased by 1 per cent every year until it doubled in the atmosphere in 70 years. And they then sat back to see what would happen. Not only did mean monsoon rainfall increase by 8 per cent, there was an additional occurence: the monsoon got stretched for a longer period every season.

Something like that is happening today. Since 2005, the monsoon has consistently postponed its retreat. On an average, it is 23 days, according to the Indian Meteorological Division. The IMD does not ascribe it to global warming. A Times of India article that addressed this phenomenon had IMD officials saying it was due to a change in wind direction. Kripalani is careful about linking it to global warming. “You cannot say on a sample of five-six years,” he says, “We have to wait for a longer period.”

There are, however, hypotheses on why global warming should increase India’s monsoon, but there is also a paradox to consider. Usually, when you have stronger monsoon winds, it means more rain. But the models show that while the Indian monsoon increases in strength as the earth warms, wind circulation weakens. That contradiction could be possible because the winds now carry more water vapour with them—with the earth getting hotter, more water evaporates off the Indian Ocean and is drawn on to land by the Subcontinent’s low-pressure ‘vacuum’ created by the summer heat. The models Kripalani’s paper selected also showed a decrease in snowfall over western Eurasia and the Tibetan plateau during winter and spring, which intensifies the low pressure over India. “This is also good for the monsoon here,” he says.

Professor RR Kelkar is a former director general of the Indian Meteorological Division. He is on the governing council of the Indian Institute of Tropical Meteorology and has authored three books related to Indian climate and weather. According to him, a stronger and longer monsoon is especially good for rabi crops: which are sown in late autumn or early winter and reaped in late spring or early summer. “We have been witnessing a bumper increase in rabi crops over the last few years,” Kelkar says.

Wheat—along with rice, an Indian diet staple—is India’s main rabi crop. Much of it is grown in Punjab over the November-to-April season, assisted by winter rains there. But in states like Maharashtra, the regular monsoon withdraws late and the moisture it leaves behind helps grow crops like bajra, jowar and ragi. “If you go to the Solapur-Kolhapur region, the monsoon prolongs itself till October. With the moisture that is left, you can grow enough jowar and bajra to sustain people till the next monsoon. If the monsoon is stronger, there will be more moisture left in the soil, which can be used for rabi crops. If the monsoon is prolonged, you can get more water in the beginning of the rabi growing season and this can be used.”

Neither Kripalani nor Kelkar will guarantee anything about the future of India’s climate. The former because the science is a long way off from certainties on timelines like these. “You cannot say exactly that ‘after 50 years the monsoon is going to be like this’. If anybody says this, then he knows nothing or is lying. All we can say is that ‘the models show this’. Plus, there are uncertainties in the models themselves,” says Kripalani.

Kelkar, on the other hand, looks at the very phenomenon of global warming as caused by humans with distrust, attributing religious fervour to “climate change enthusiasts” as he calls them. “They are blind to anything that does not fit into their world view. For example, the supply of fossil fuels from the Middle East is going to get exhausted soon. That would obviously mean that the problem is solved, whether you want it or not [without fossil fuels, there would be little carbon dioxide emitted into the atmosphere by man]. But that is not something that climate change enthusiasts are willing to consider. Anyone who raises questions like this is termed a heretic.”

The professor quotes a recent provisional statement on climate by the Geneva-based World Meteorological Organization that said that 2011 ‘ranked tenth among the top ten warm years.’ “Why couldn’t they say it was the coolest of the top ten warm years? You are trying to fool the public with your language,” he alleges. Positive outcomes, if any, are glossed over as irrelevant. But in the world of hypotheses, that India’s monsoon will get stronger is now widely accepted. Kelkar himself wrote a paper, ‘Likely Impact of Climate Change on the Indian Monsoon’, in which he analysed studies being done on the subject. Kripalani’s was one of them. There was another that showed the mean monsoon rainfall for 1961-1990 at 939 mm, and projected a 20 per cent increase for the period 2071-2100. Yet another study about the arrival and departure of the monsoon showed the onset unchanged, while the withdrawal was delayed, which means a longer monsoon. He wrote, ‘Most of the climate models seem to agree on one point that the monsoon precipitation is likely to increase across the 21st century in a global warming scenario with increasing CO2.’ Even here, his scepticism about the state of climate science comes through. ‘Many models underestimate the monsoon rainfall while some of them cannot simulate the observed monthwise precipitation pattern or the peak precipitation month. Hence only a few models can be trusted with the job of making a century scale prediction and even these have yielded diverse results.’

As of now, to arrive at the truth, there are two options. One, wait for better climate models to be created that reflect Indian conditions. The problem here is that India is yet to make an indigenous climate model. “We can take an international model and modify it,” says Kripalani, “But to develop a model from scratch will take a long time.” The other option is a whole lot simpler: wait and see. There is nothing as certain as the actual experience.