Red Sunrise in the Northeast

Faced with reverses in the red corridor, Maoists are looking at this remote region for expansion 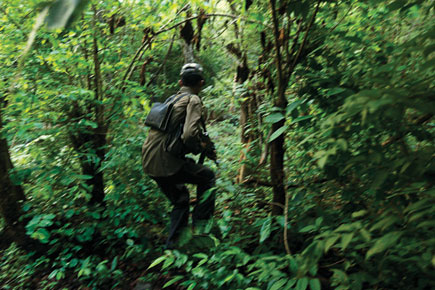 Faced with reverses in the red corridor, Maoists are looking at this remote region for expansion


In the last few months, Maoists in India have suffered some major losses. Apart from the killing of senior leaders like Kishenji, sustained security operations in the red corridor have also made them retreat from some of their erstwhile bastions, such as the Saranda forests in Jharkhand or Rohtas district in Bihar. Security agencies have ample evidence to suggest now that India’s Maoists are trying to regroup and expand in the Northeast. According to intelligence inputs, some Ulfa militants have joined these Maoists and are trying to create bases in the border areas of Assam-Nagaland, Assam-Arunachal Pradesh and Assam-Meghalaya. Maoists have been spotted in the Dhemaji and Tinsukia districts of Assam and Lohit district in Arunachal Pradesh, particularly.

“We have specific inputs about Maoist cadre being trained by insurgent groups based in Nagaland and Manipur,” says Khagen Sarma, IGP, Special Branch, Assam Police. Intelligence sources have revealed that a group of senior leaders of the Manipur-based militant group People’s Liberation Army (PLA) had imparted training to Maoists in Jharkhand in September-November last year. This became possible after the PLA and Maoist leaders met in Mizoram in July. On the Maoist side, the slain leader Kishenji had been coordinating activities with Northeast insurgent groups. He had even met the Ulfa chief Paresh Barua earlier. On the PLA side, the whole operation was coordinated by its ‘external affairs’ chief N Dilip Singh. He was arrested in Delhi’s Paharganj area on 1 October 2011. He was in Delhi to finalise the modalities of setting up joint PLA-Maoist training camps in Myanmar. His interrogation has revealed how Maoists have been acquiring arms, ammunition and communication equipment from China through the PLA. The political wing of the PLA, called the Revolutionary People’s Front (RPF), runs a ‘government-in-exile’ in Myanmar. In October 2008, the CPI (Maoist) and RPF had signed a joint declaration promising full support to each other.

Apart from PLA and Ulfa support, Indian Maoists have also been acquiring arms and other equipment through Nagaland’s insurgent group, the NSCN. In October 2010, intelligence agencies arrested the ‘foreign minister’ of the group, Anthony Shimray, at Patna railway station. As the outfit’s chief arms procurer (he is also the nephew of NSCN chief T Muivah), he had travelled to Beijing, paying an advance of $800,000 to a Chinese company. During interrogation, he confessed that this amount was paid to book a huge consignment of arms that included sophisticated guns, rocket launchers, explosive devices and communication gadgets. He was to pay another $200,000 to the Chinese company before it would dispatch the consignment—either through Bangladesh or Myanmar. The consignment, to arrive in three batches, was meant for Maoists and insurgent groups in the Northeast. The first batch had already been delivered, a portion of which was recovered in Kolkata from the hideout of a senior Maoist leader, Kanchan alias Sudip Chongdar.

The Chinese angle, in particular, has set alarm bells ringing within India’s security establishment. More so because Paresh Barua is thought to be hiding in China’s Yunan province. While concluding a conference of DGPs/IGPs and heads of central police organisations operating in the Northeast in Guwahati on 20 December, Assam Governor JB Patnaik also pointed towards an Ulfa-Maoist nexus. “The danger signal [in the Northeast] should be taken seriously and immediate steps should be taken to bring development to isolated areas so that Maoists are denied easy recruitment of the youth from these areas,” he said.

Only last month, Minister of State for Defence MM Pallam Raju acknowledged the Maoist presence in the Northeast and said that the Indian Government was taking steps to contain them.

Acknowledgements apart, it will not be easy at all to contain Maoists once they expand in these areas. Several youth who have been associated with insurgent groups might turn out to be willing to join the Maoist cause. So, while the State may have reclaimed areas like Saranda or Rohtas, tackling Maoists who entrench themselves in the upper reaches of Assam could prove to be a challenge of quite another order.