Licence Raj for big Indian firms ended in 1991. It took another 23 years for the dreaded inspector Raj to end for small companies 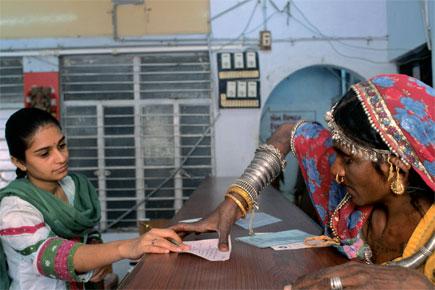 Licence Raj for big Indian firms ended in 1991. It took another 23 years for the dreaded inspector Raj to end for small companies

When we think of economic reforms, we like to think of big bang reforms such as industrial de-licensing that were part of then Finance Minister Manmohan Singh’s iconic speech of July 1991. This set of reforms effectively signalled the end of command and control regime of the past, and was the harbinger of the rapid economic growth that India witnessed in the past two decades. However, the industrial de-licensing reforms applied to the formal or organised firms in the Indian manufacturing, for whom shackles of government control and micro-management were finally eased, letting loose the entrepreneurship and dynamic growth that we saw in the Indian corporate sector ever since, until recently.

But an important segment of the manufacturing sector were left untouched by the reforms, and these were the informal firms or the very small firms in the formal sector for which the de-licensing reforms of the early 1990s had very little meaning. For these firms, the inspector raj that they witnessed in their day to day operations did not change – inspectors from state labour and industry departments will visit them on a frequent basis, harassing them, asking for bribes, or colluding with them either to keep them away from the dragnet of the Factories Act or letting them engage in flagrant violations of the various stipulations of the Factories Act.

I have been conducting interviews with many of the owners and managers of firms in the informal sector, and with the smallest of firms registered under the Factories Act. Along with complaints about the lack of availability of skilled labour and the lack of access to formal credit in reasonable terms, it was clear the inspector raj that these firms faced in their daily lives was an important reason for informal firms not to move into the formal sector as it would mean registering with the Factories Act, and facing an even greater burden of extortion. For the smaller firms in the formal sector, the time spent with inspectors meant that they could not spend valuable time investing in their production process, or looking for new customers and suppliers. Also, not having enough time to monitor the workers they had hired meant that they were reluctant to bring in new workers into their work-place and make the firm grow.

What effects did the inspector raj have on the micro and small firms in the manufacturing sector? India has among the least productive firms in that segment of the manufacturing sector among Asian industrialising countries. The ‘missing middle’ problem in Indian manufacturing is widely known – there are far too few firms in the size range – 10 to 50 workers, while in countries like Taiwan, these are the most dynamic of firms, and where most of the job growth in the economy happens. The ‘missing middle’ problem along with the severe problem of manufacturing dualism in India – very low productivity among informal and small formal firms as compared to the larger firms – is chiefly responsible for India’s dismal record in job creating growth in manufacturing. Since these small firms are the ones where urban working poor work, own and manage, this has meant that India’s economic growth has had a much lower effect on reducing urban poverty than it might have done otherwise. The inspector raj discouraged informal firms to grow, and to formalise, with its accompanying productivity gains, and for the smallest of formal firms, it provided an impediment for these firms to expand, and to engage in productivity raising investments in intangible and tangible assets.

The current government announcement of dismantling the inspector raj for the smallest firms, similar to what was undertaken for the larger firms in 1991, was long overdue. Inspections of these firms had to be taken away from the whims and fancies of labour inspectors, and rationalised in such a way that it was not arbitrary and highly discretionary, as it has been for all this while. While economists have tended to focus on Chapter VB of the Industrial Disputes Act, which does not allow firms to easily retrench workers if the firm is of a certain minimum size, this specific restriction, onerous as it may be for mid-sized and large firms, has very little relevance for the smaller firms that dot the manufacturing landscape of India, and where a large proportion of the urban poor and near-poor work. Along with the dismantling of the inspector raj, policy initiatives that have been announced on greater skill development among unskilled and semi-skilled workers – the Apprenticeship Protsahan Yojana – are essential for alleviating the constraints on the growth of small manufacturing firms, and thereby, providing a route out of poverty for the workers in these firms. Finally, twenty-three years after the dismantling of the license raj for the rich, the inspector raj for the poor has gone.

(Kunal Sen is Professor of Development Economics at the Institute for Development Policy and Management (IDPM) in the School of Environment and Development at the University of Manchester and can be reached at kunal.sen@manchester.ac.uk)