Killing Them with Kindness

Animal welfare is not conservation. That is why our emotional meddling, however well intentioned, poses a menace to wildlife 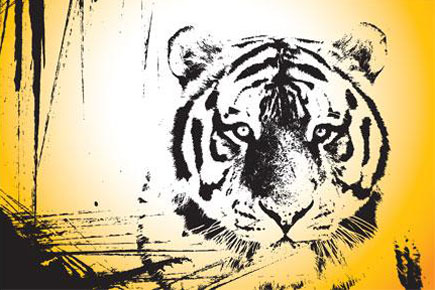 Animal welfare is not conservation. That is why our emotional meddling, however well intentioned, poses a menace to wildlife


The latest tragedy from Ranthambore, the death of a three-and-a-half-year-old male tiger, did not make big headlines. After all, the death was the result of infighting: male tigers often engage in mortal territorial battles. So the forest department decreed that the T36 male died a natural death.

The story goes back roughly two years. In September 2008, Ranthambore’s famed Guda tigress died of suspected poisoning, leaving two sub-adult cubs. The forest department dragged its feet over investigating the poisoning, but helped the cubs promptly, then about 16 months old. Since then, T36 male and his sister T37 have been enjoying routine baits handed out by well-meaning officials.

Raised on calves left for them, the brother-sister duo possibly lost or did not get to acquire the skills needed to survive in the wild on their own. The sister has a better chance, since females seldom face deadly challenges from other females. The brother’s luck ran out when he walked into a probing male last week. The adversary was just three years old. The natural advantage should have been with T36. But it was an unequal battle between a raised tiger and a wild one.

Once orphaned, 16-month-old T36 would have died of starvation. Or perhaps necessity would have made a wild tiger out of him. But by offering him baits, forest officials made his end an inevitability. Poor T36 was dead the day his ‘petting’ began in the wild.

For generations inspired by the 1966 blockbuster based on Joy Adamson’s Born Free, the idea of ‘nursing’ wild animals, particularly big cats, in distress and ‘restoring’ them to the wild is still one of the loftiest goals of conservation.

So, across the country, old and injured tigers are being baited and treated, orphaned cubs are being brought up in ‘natural enclosures’ in different reserves. Not to mention the smug celebrations every time a man-eater is packed off to some zoo, instead of being shot dead.

But animal welfare is an ethical and not ecological concern. At best, these efforts have no bearing on wildlife conservation. At worst, they defeat its purpose.

In nature, the weak and the injured must perish so that the fittest may flourish. An aged tiger will die of starvation or at the claws of a young adversary. The reign of Charger, revered as the mightiest ever of all Bandhavgarh tigers, ended in a deadly fight with one of his grandsons in 2000. The forest staff tried to feed and treat the mauled, half-blind oldie in an enclosure, but Charger never recovered and died after a couple of months.

Had Charger survived thanks to human benevolence, his young grandson (B2) would have had to get into another fight to kill him, thereby inviting fresh injuries to himself and possibly jeopardising his own future as a dominant male.

Yet, we love to treat the wild like pets. The doomed T36 male was not the only victim in Ranthambore. Another brother-sister duo, orphaned when tigress Berdha died in April 2009, have been routinely fed by park officials since. This July, Simba, the three-year-old brother, seriously injured himself attempting a wild hunt. He was spotted in sorry shape during the monsoon, still suffering from deep wounds caused by porcupine quills. His fate remains uncertain.

Our heart bleeds for the young and old alike. Machli, the grand old matriarch of Ranthambore, has long lost her canines and cannot hunt anymore. So she is being fed with much fanfare. The park officials are also baiting her contemporary T2, a really aged male. In the same reserve, a young injured male (T24) was operated upon in April last year. It is another matter that Ranthambore’s tiger population shows a skewed sex ratio, with far too many males, and nature must eliminate a few to restore balance.

This August, over-protection led to the killing of three cubs from the first litter born since the high-profile experiment to re-populate Panna took off last year. An official report admits that while the father tried to approach the mother and cubs soon after they were born, the monitoring staff ‘did not allow such meetings’, essential for natural familiarisation through odour identification, etcetera.

Repeated fights broke out between the tiger and tigress when they were finally allowed to meet after four months. The father could not identify the cubs as his own, in all likelihood, and tried to kill them so that he could mate with the tigress again. Like any tigress, the mother resolutely defended her cubs, at the risk of injuries to herself, but could not save all of them. Conservationist Valmik Thapar recalls several instances of male tigers helping tigresses bring up cubs by sharing kills and so on. It is only when a father is ousted by another male that infanticide takes place, with the new male trying to kill his predecessor’s cubs—partly to establish his own bloodline and partly to free the tigress that refuses to mate while bringing up cubs. Since the father in question is the only male tiger now in Panna, Thapar finds it inexplicable why the authorities invited trouble by denying him access to his own cubs.

In neighbouring Bandhavgarh, another welfare drama is being played out in the wild. When the Jhurjhura tigress was killed in a shocking road accident this May, the future of her three small cubs in the wild was sealed. Soon enough, one of the cubs was killed by a male. Still, the other two cubs are being raised in an enclosure at the heart of the reserve, affecting natural use of the habitat.

In Bandhavgarh again, an injured Sidhbaba female has been struggling to raise her two cubs. Given her limp, she rarely hunts wild prey, making do with occasional village cattle. Whenever she fails to make a kill, officials offer baits to keep the family alive.

The obvious downside is that Sidhbaba’s cubs are learning the tricks of the trade from their mother who only hunts cattle. The family might have died without regular feeds, but in the present scenario, the department, in effect, is raising the cubs to be cattle-lifters who will eventually run into major conflict with villagers, perhaps leading to their death or captivity.

Not too far, in Maharashtra’s Bor sanctuary, three orphaned Tadoba cubs are being hand-raised in an enclosure, and local NGOs want them released. Even if the three survive in the wild, it is sure to result in conflict.

Sceptics will remember how Billy Arjan Singh’s controversial experiment with hand-raised big cats led to conflict and the poisoning of two female leopards he named Harriet and Juliette.

Wildlife biologist Dr Dharmendra Khandal offers a recent example. Last year, when a hand-raised leopard, Lakshmi, was released on the outskirts of Ranthambore, the people-friendly cat ran after local villagers, spreading panic. Lakshmi is now confined to an enclosure deep inside the reserve, much to the annoyance of the wild cats of the area.

Evidently, we love to play God, but to what end? Hand-raised cubs, for instance, have rarely succeeded in the wild. They lack hunting skills and fail to defend themselves. Also, bereft of any fear of humans, they tend to get into conflict all too often.

Captive females do stand a chance, since wild males accept them as mating partners. For a hand-raised lioness, such acceptance even compensates for her lack of hunting skills as she gets to feed with the pride. After rehabilitating Elsa the lioness, Adamson successfully

returned two more hand-raised cats to the wild. It’s no coincidence that Pippa the cheetah and Penny the leopard were also females.

In India, Billy Arjan Singh experimented with four hand-raised cats. Tigress Tara and leopardesses Harriet and Juliette had cubs in the wild, but the whereabouts of Prince, the male leopard, remained uncertain. More recently, in 1999, Gajendra Singh released two leopards near Bandipur. While the male was killed  soon after, the female survived.

Male cubs or hand-raised male adults cannot survive challenges from other males. When Raja and Rani were orphaned after tigress Begum was poisoned in Palamau in the early 1990s, they were both about six months old. To bring up her cubs, Begum had moved to a 29 sq km forest compartment that was separated from the rest of the reserve by a railway track. After she was gone, the forest staff occasionally assisted the cubs with live baits, but never tried to handle them. However, it was the railway track that saved Raja from Palamau’s other males.

Almost a decade ago, an orphaned brother-sister pair of cubs was helped by live baiting in Ranthambore. The presence of the tiger that fathered them probably helped their survival.

But few are as lucky. The small cubs of the Jhurjhura tigress, the orphaned Bor cubs, the hand-raised Lakshmi of Ranthambore—none of them have a future outside captivity. But instead of taking them to zoos, to quote wildlife photographer Aditya Singh, we are deluding ourselves by bringing zoos to the forests.

This blinkered welfare motive works everywhere. For example, sending a ‘man-eater’ to a zoo does save its life, but, in terms of wildlife conservation, the effort is no better than shooting the animal dead. In both cases, the result is one animal less in the wild.

Our excitement about saving ‘man-eaters’ distracts us from the real problems—absence of buffer forests, faulty land use around forests, and so on—that push predators to chance encounters with people, thus creating ‘man-eaters’ in the first place. If these primary causes are not addressed and if we do not learn to differentiate between accidental and deliberate attacks, we may soon be left with empty forests, once we have happily ‘rescued’ all tigers by whisking away these ‘man-eaters’ to zoos.

It will certainly not harm the wild if we care a little less. Less enough to stop meddling—like those who proudly treated, in a rescue centre, a two-month-old rhino calf that was attacked by a Kaziranga tiger in 2007. Touching, but that left a captive baby, its estranged mother and a hungry predator. I do not know which one deserves our apology most.

The writer is an independent journalist