It’s for Congress to Set a Dynastic Example 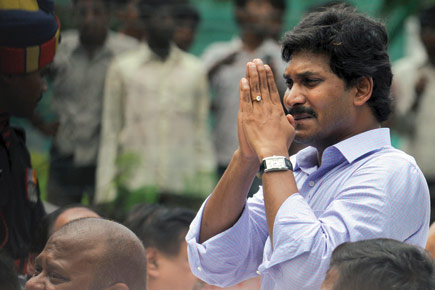 
The unbridled display of dynastic ambition in the wake of the tragic death of Andhra Pradesh Chief Minister YS Rajasekhara Reddy in a helicopter crash on 2 September only proves that the Congress is reaping what it has sown. The party may not like the Andhra development, but the demand for dynastic succession is only in accordance with the political culture that has been on the ascendant within the party.

It is one thing that the party is led by perhaps the world’s oldest democratic dynasty, ruling for 37 of India’s 62 years of independence. But the dynasty has also contributed to the party’s stability as is obvious from the troubles confronting the BJP today. The problem has more to do with the fact that the culture of inheritance has spread through the rank and file, and the clamour in Andhra is only a culmination of this phenomenon.

The majority of young Congress MPs have followed this trajectory. Thus, if Jitin Prasad has inherited the mantle from Jitendra Prasada, Navin Jindal has stepped into the shoes of his father OP Jindal. Sachin Pilot is carrying forward the legacy of his father Rajesh Pilot, Dipendra Hooda owes his political rise to his father and Haryana CM Bhupendra Singh Hooda. Jyotiraditya Scindia too has stepped into Parliament riding on the constituency carved by the Scindia family. Meenakshi Natarajan and Ashok Tanwar are perhaps the only members in the Congress’ young brigade of MPs who do not owe their position to a political lineage.

During the recent Lok Sabha election, Rahul Gandhi created a flutter in the Congress by saying, “Dynastic rule in the Congress party is not going to be there.” Yet, so far deeds have not followed his words. The relative political immaturity of YSR’s son can hardly be an argument against his taking over as chief minister; Rajiv Gandhi took over as Prime Minister under very similar circumstances.

With such a culture so deeply entrenched, it is not easy to do away with it. It can hardly be argued that the children of politicians be prevented from contesting elections, but it is equally true that the very ability to obtain a ticket without putting in the political work required of others gives these heirs an enormous advantage. Perhaps, a beginning can be made by insisting on a political apprenticeship within the party much in the manner that Rahul Gandhi is currently serving. No one can argue against an example the First Family sets. And if the apprenticeship is rigorous enough, it may be possible to weed out those who are unfit for public office.

True, political dynasties are not the sole preserve of the Congress, and are prevalent in most parties, but for the communists. Yet, it is the Congress which must first set its house in order for others to follow.