It Was Neither Nehru Nor Jinnah

Neither had the power to set the agenda for the Partition. The blame lies squarely with the British empire and its representative at the time—Mountbatten. 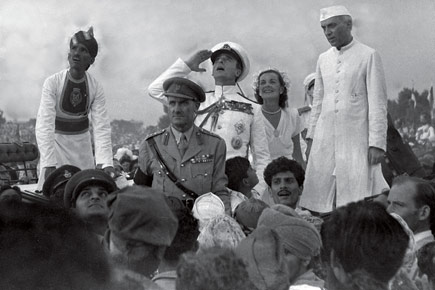 Neither had the power to set the agenda for the Partition. The blame lies squarely with the British empire and its representative at the time—Mountbatten.


A cacophonic debate has broken out following the publication of Jaswant Singh’s book on Muhammad Ali Jinnah. The book blames the Partition of India on the marginalisation of Jinnah, the sole representative of Muslims, by Nehru and other Congress leaders. It also portrays Jinnah’s obstinacy as being equally responsible for the break-up. The debate outlines the vacuous understanding of contemporary history in India. More than any other individual, it was the first Earl of Burma, Mountbatten, who has the blood of up to a million Indians on his hands.

Neither the Congress, nor Jinnah, were in power; Mountbatten was. They did not set the agenda for the freedom of India. That agenda was set by the British cabinet in London and executed by the governor-general in India. The Partition was presented to the Indian leaders as a fait accompli. To assume that they could have altered the course of events is to believe that players on the Indian side had powers they did not really possess. Under Mountbatten’s watch, not only was the Partition pushed through with catastrophic consequences, but it was done in a callous manner, underlining that for the British empire, the well-being of its subjects was of no consequence. One only has to look at the pattern of British imperial retreat from all its colonies. Whether in Africa or Palestine or even Malay, an arbitrary redrawing of boundaries became the British manner of disengagement. The British took this lesson from their experience of the partition of India—a divided colony is always preferable to a united one. In India, the seeds of Partition were sown when the British created separate electorates for Muslims in 1909. This separate political identity for Islam within India eventually led to the creation of Pakistan as an Islamic republic.

Mountbatten is also guilty of three terrible sins of commission that needlessly caused the Partition to be bloodier than it should have been. First was his haste. He advanced the date from 1948 to 15 August 1947 only because of his hurry to rejoin his naval commission in the UK. An extra year would have provided critical time to build infrastructure such as additional trains, more policing, relief camps and hospitals to manage the flow of the millions who migrated. His second sin was his refusal to put more constabulary on the ground, especially in response to Jinnah’s call for direct action. This was true even of places where the police and army were available to quell riots. They played a shockingly dubious role, resulting in a spiralling death toll. Finally, Mountbatten did not share the partition plans with Indian leaders. This left no scope to plan for its consequences. Had he  shared information even in June 1947, it would have assuaged the anxieties of millions.

Partition was an inevitable end to British rule. It could not have been avoided. Had India been fortunate enough to have a better man than Mountbatten at the helm, it would have been less bloody. It is an abiding shame for India that such a man was allowed to continue as an important man even after presiding over the calamity of the Partition. Instead of facing a court martial, he became the first Governor General of independent India.