The list could go on and on. However, for the sake of brevity, we pick only the most spectacular 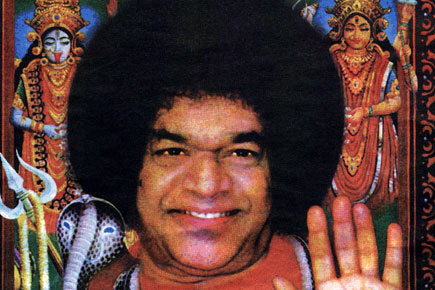 The list could go on and on. However, for the sake of brevity, we pick only the most spectacular

For a few years, Ramar Pillai became the man to deliver the planet from the hegemony of Gulf countries. In 1996, Pillai announced that he could make fuel from water by using ‘secret’ herbs. He gave successful demonstrations in places like IIT and for the then Tamil Nadu Chief Minister M Karunanidhi. For a while, India lapped up this alchemy as a national achievement. Pillai’s imagination ran wilder and wilder. He said he had devised a way to use sea water to make his fuel, thus seeing off a potential water crisis. But then the romance began to sour and doubts started to creep in. In one demonstration, he was caught using one of the oldest tricks in the magician’s book—a tube he used had secretly stored fuel being released into the water.

From 1970 to 1974, the top rate of tax demanded of Indians by the State was 93.5 per cent. And there were surcharges on top of it. Big salaries were pointless. Almost every rupee earned over Rs 2 lakh per annum went to the State. Since no one wanted to give his earnings away, companies and businessmen rigged salary structures and incomes to conceal their real take-home packages. The genesis of India’s black money culture can be traced to those years. So too the ideology that no one had a right to become rich unless they could show that they were not rich.

Sourav Ganguly’s worst cricketing decision turned out to be off the field, when he pitched for and managed to get Greg Chappell as the Indian cricket team’s coach. One of Chappell’s early decisions was to drop Ganguly as captain. Chappell’s reputation as a great thinker of the game took a backseat to him as a sort of strict school teacher of recalcitrant kids. No doubt, the team turned on him, but he was also someone who got the worst out of his players. The team’s string of defeats never seemed to end. Chappell didn’t make himself popular with Indian fans either by showing the middle finger to them during one match. He was eventually chucked out and went back home, where his coaching yielded even more disasters.

Lata Mangeshkar, Bismillah Khan, Bhimsen Joshi: what do they have in common? They are all from the world of music. Also, India’s only Bharat Ratna winners this millennium. India’s highest civilian honour seems reserved for musicians: is there any logic in this other than the fact that no one complains when docile musicians get it? For much of its existence, the Bharat Ratna has been a political tool. Indira Gandhi famously awarded it to VV Giri for nothing but loyalty. She also gave it to herself in 1971. Jawaharlal Nehru also got it when he was Prime Minister in 1955, and no one would argue against his deserving it. But Nelson Mandela? He got it in 1990, and for all his stature, it’s hard to see the connection unless someone thought the Bharat Ratna could compete with the Nobel Peace prize.

Within two weeks of the Allahabad High Court nullifying her election for misuse of government machinery, Indira Gandhi imposed the Emergency on 26 June 1975. Civil liberties and elections were suspended, and, for all practical purposes, she became dictator of India. Opposition politicians were jailed. The media was censored and obeyed without a squeak of protest. The Judiciary and Army stayed aloof. It was as easy as that. Trains did run on time. It’s still a puzzle why Indira Gandhi revoked it after 21 months when no one expected it. Maybe she just found India impossible to govern alone. Short of something like war, it’s not an idea likely to be repeated.

The remake of Sholay signalled the end of anything sensible from Ram Gopal Varma. That he had become a victim of his own megalomania was evident for some time, since all the talent—Anurag Kashyap, Shimit Amin, and others—that contributed to Varma’s masterpieces had quit his camp, leaving him with only sycophants and starlets. Whereas in the original Sholay everything came together—casting, dialogue, cinematography, direction—to make the whole greater than its parts, Varma Ki Aag was an exercise in cluelessness. Who wants Amitabh as Gabbar Singh? A legal hitch kept Varma from using the original title, Sholay. Just as well.

THE MIRACLES OF SATHYA SAI BABA

The real miracle of Sathya Sai Baba was that despite being exposed as a fraud again and again, it didn’t make the slightest dent in his followers’ belief in him. A Doordarshan clip played in slow motion showed the godman using power no more godly than a sleight of hand to have an object materialise from thin air. He always got away. A gruesome shootout that killed four intruders right outside his chamber was never investigated. BBC produced a documentary investigating child sexual abuse by him, and even got families he had exploited to speak up on camera. No taint would stick. Even in death, he lay exposed. He had prophesied he would die at 96, but death came calling 12 years before time.

If we didn’t know better, this could have been a prank by Akhilesh Yadav, who became Chief Minister of Uttar Pradesh recently. Raja Bhaiyya, arch-bahubali of UP with almost 50 murder cases against him, was appointed minister of prisons. It led to instant jokes—was Raja Bhaiyya UP’s jail minister or jailed minister? And this despite the fact that throughout the Samajwadi Party’s election campaign, Akhilesh had begged forgiveness of the electorate for his party’s goondaism under its earlier regime. Raja Bhaiyya had not even contested the election on an SP ticket. In one stroke, Akhilesh lost all his anti-goonda goodwill.

It is the skyscraper that scoffs at the concept of poverty. Reliance boss Mukesh Ambani’s home is 27 storeys tall, with some high-roof floors occupying enough space for several. By regular reckoning, it’s a much taller skyscraper than its 27 storeys would suggest. Also, varying by which media report you believe, it has a staff of 300-600. Antilla was rumoured to have cost $1 billion to build, but recent reports put the cost at half that figure. It has six floors just for parking, a health club that accounts for another two floors, and one whole floor for entertainment. By any yardstick, it is an obscene exhibition of wealth.

The ‘two-finger test’ for rape is an affront to victims, but it still continues to be a legally sound affront. The purpose of this ‘test’ is to check virginity and promiscuity (‘habituation to sexual intercourse’), neither of which has any relevance in rape cases. The Government is trying to do away with the test, and guidelines have been issued saying that it should be conducted only if necessary for collection of evidence. Recently, a Planning Commission report asked for a total abolition of it. But according to human rights bodies, the practice is still widespread.