Cong Can’t Afford to Trust its Friends; Aussies Say No to Hate; The Curious Case of Atindranath Datta; Living the Reel Life; and Be a Sport, Mr Kalmadi 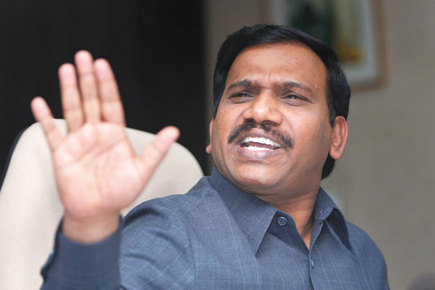 Congress and its friends; Aussies say no to hate; The curious case of Datta; and Be a sport, Mr Kalmadi


Why Cong Can’t Afford to Trust its Friends

The Congress may soon learn that the price it pays for appeasing allies could be a serious loss of face and credibility. A day after the opposition called 2G Spectrum allocation in 2008 the biggest scam in independent India, Telecommunications Minister A Raja of the DMK dragged Prime Minister Manmohan Singh into the controversy. Raja, reacting to the BJP’s demand for his resignation, said he wouldn’t step down because he had consulted the PM at every step.

As the CBI conducts raids and searches at the offices of the Department of Telecommunications (DoT), demands are being made by the opposition that Raja step down to allow a fair investigation. “It will not be an exaggeration to say that in terms of monetary value, this is the largest scam in independent India. It is monumental,” says BJP General Secretary Arun Jaitley.

According to the arithmetic worked out by the BJP, the nine telecom licences and spectrum allocations by the Government for a sum of Rs 1,650 crore each, at 2001 prices, have caused a collective loss of Rs 60,000 crore to the exchequer. “An artificial cut-off date was created… a majority of the favourite applicants were real estate companies with no experience in telecom. It is clear they were advised to do so,” he alleges.

Within weeks of the licenses being allotted, three of the nine companies found foreign partners and assessed the value of the ventures at Rs 9,000 to Rs 9,500 crore each, the opposition has alleged while demanding Raja’s resignation. Manmohan Singh, who had opposed the inclusion of Raja in the Cabinet at the time of the formation of UPA II, recently said that just because the opposition alleges a scam, it does not make a scam. But, when the opposition demanded his resignation, Raja promptly said the PM was aware of every step taken, giving the opposition a handle to attack the PM.  Expect more action in the coming session of Parliament.

Aussies Say No to Hate

An Australian court has sentenced a youth to four-and-a-half years in jail for attacking Indian student Sukhraj Singh on 1 December  last year.  Australia, which gets a large chunk of students from India every year, is peddling the conviction as proof of “the zero-tolerance approach being taken by Australian authorities in response to cases of violence against Indian students,” says Australia’s High Commissioner to India, Peter Varghese. In her judgment, Judge Pamela Jenkins said the attackers had rampaged an Indian grocery store for the “sheer thrill” of it. Sukhraj Singh, 28, was in a coma for 15 days after the attack and will suffer the effects of a severe acquired brain injury for the rest of his life. Four of the seven attackers were aged between 14 and 17.

Snakemanu has finally been caught. And, Snakemanu turns out to be C Manoharan, a Tamil-Telugu actor who was caught red-handed delivering international buyers a consignment of crocodiles and snakes. This is how it happened. A rival smuggler got in touch with Manoj Oswal, a Pune-based animal rights activist, and gave him details of an American buyer who was going to be delivered a consignment in Delhi. Two crocodiles were being sold at $2,000 each and five snakes for $500 each. Oswal contacted Maneka Gandhi of the People for Animals, who involved the National Wildlife Crime Control Bureau and the Delhi Police. A trap was laid and the seller was apprehended at the Hazrat Nizamuddin Railway Station in Delhi. The duo face up to three years in jail and a fine of Rs 25,000 per animal. The wildlife department will soon release the animals into a “suitable habitat”.

The Curious Case of Atindranath Datta

Till a few days ago, the most embarassing moment for the West Bengal government had been the way it had to release 23 suspected Maoists in exchange of the kidnapped police officer Atindranath Datta. But now, the way Datta has been conducting himself after his release has left the government even more red-faced. Over the weekend, Datta was on national television, as a guest on a host of shows. On a single day, he reportedly changed clothes six times while appearing on television. Police officers say he has not even shown any remorse so far over the death of his two colleagues in the attack which led to his kidnapping. His attitude has raised suspicion—so much so that the sleuths of the Criminal Investigation Department (CID) have begun to question him. The initial probe, sources reveal, has found many inconsistencies in his statements. Highly-placed sources have told Open that Datta was close to a female Maoist who took part in the attack on the police station where Datta was posted. At the time of Datta’s subsequent release, she is believed to have gifted him a sweater.

So far, Datta hasn’t been able to give a convincing reply about where his personal weapon (a 9mm pistol) was at the time of his kidnapping. He has also failed to explain why he had not informed his superiors even when a wireless set lay in a room next to where he was having lunch. Already, the West Bengal police has received a severe beating in its operations in Lalgarh. Motivation levels of the force have touched an all-time low. Even the top political leadership has been issuing statements that are confusing and contradictory. This, at a time when the top Maoist leader Kishenji, who has been camping around Lalgarh for many months now, is still roaming free, meeting journalists regularly,  as and when he wishes to. If the West Bengal government is really serious about securing Lalgarh, then an announcement of the continuation of police operations in Lalgarh is not going to help matters. To begin with, the circumstances leading to Atindranath Datta’s kidnapping need to be thoroughly investigated. The ongoing operation in Lalgarh needs to be reviewed for whether it has really achieved anything so far.

As for strengthening of the police force, that is an anomaly which West Bengal does not alone suffer from. It’s an impediment which almost every Indian state has been facing—Naxal-affected or otherwise.

Be a Sport, Mr Kalmadi

China used the Olympic Games to improve its infrastructure and image. India can’t even handle the Commonwealth Games. Will Suresh Kalmadi please stop bickering and get on with it? As if the embarrassment caused by him to the country over the past few weeks wasn’t enough, he’s reached London for ‘peace talks’ with the Commonwealth Games Federation (CGF).

Kalmadi, as a politician, has long considered the Indian Olympic Association his family property. Outsiders pointing out his faults is not something he can take lying down, so what better than making charges of imperialism.  But consider this:  the 19th Commonwealth Games has over a dozen authorities and organisations responsible for it, but the Games federation had a problem with only one of them: the organising committee (OC) headed by Kalmadi. The OC has a lot of sub-committees to take care of the actual organisation of the Games in October 2010. Not only have Kalmadi’s various committees and sub-committees never met, many important people also had no idea that they were members of those panels.  Not surprisingly, Kalmadi refused the idea of a technical review panel of the CGF and directed his guns at Mike Hooper, the CEO of CGF, who has stationed himself in Delhi. “He’s of no use to us,” said Kalmadi of Hooper, though we could have said the same of Kalmadi. Kalmadi has now been forced to make the right noises about challenges and quality. If only he’d implement them.