With the aim of narrating history through the present, our reporters visit Champaran in Bihar, Chauri Chaura in Uttar Pradesh, Dandi in Gujarat, Vaikom in Kerala, and Vedaranyam in Tamil Nadu to report the various phases of freedom struggle 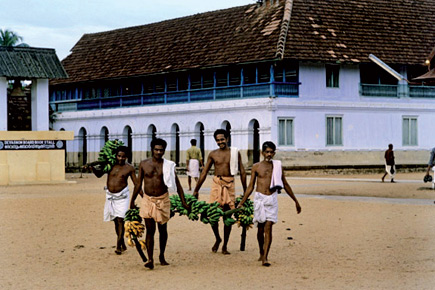 With the aim of narrating history through the present, our reporters visit Champaran in Bihar, Chauri Chaura in Uttar Pradesh, Dandi in Gujarat, Vaikom in Kerala, and Vedaranyam in Tamil Nadu to report the various phases of freedom struggle

Mohandas Karamchand Gandhi, the architect of the final phase of India’s freedom movement, often rejected the label of ‘passive resistance’ for the agitations he spearheaded. Satyagraha, he argued, was active though it was non-violent. He was right. When we look back, the militant nature of his protests proves that ‘non-violence’ wasn’t any weak form of protest by the meek, but required great strength of conviction and moral courage. From the time he became active in the Congress after his return in 1914 from South Africa, where he first experimented with the idea of satyagraha with moderate success, he was able to tip the balance against the powerful grip of the British in India through movements conceived and implemented with much rigour and planning. Much to the anguish of his rivals within the national movement who were immediately sidelined, he often coerced people to what he believed was the truth.

A consummate politician, an ultimate tactician and a highly charismatic leader, Gandhi used moral philosophy and his own way of life as political tools to mobilise millions for anti-British protests. In what he often called “the fight of right against might”, he was able to attract world attention and sympathy through agitations that were imbued with symbolism. The secret of his success was as simple as it was tough, as Gandhi scholar Dennis Dalton suggested: ‘He had an uncanny ability to put theory into practice.’

While defying the mighty British in championing the cause of Champaran’s peasants in Bihar in 1917 and inviting national attention to their plight, and later using a commodity as common as salt to bring the country’s colonial rulers to their knees in 1930, Gandhi, according to scholars, also meticulously chose geographical locations to tap people’s imagination and inspire them to join the freedom struggle.

His intervention in Champaran may have looked accidental, but he was well aware of the socio-political impact of picking a forlorn village populated by farmers who suffered the torture and tyranny of indigo planters. Just as he thought it wise to support the Khilafat movement to rally Muslims under the Congress, his mid-1920s journey to Vaikom in southern Kerala to join an otherwise ‘lower-caste’ campaign for permission to use roads around the famous Shiva temple there was meant to galvanise support for the freedom movement. His presence even inspired ‘upper-caste’ participation in the Vaikom struggle. He also opposed the great reformer Sri Narayana Guru’s suggestion that volunteers break barricades erected by the police and enter the temple, saying theirs was a non-violent protest.

In short, he chose locales to strategically spread the influence of the Congress and the freedom movement across the country. Which was evident in his choice of places where he set his up ashrams and camped for long. His entry to Indian politics and adoption of satyagraha was a dramatic period that soon saw the passage of the Rowlatt Act—under which people who were accused of violating the Defence of India Act rules were not allowed the right to appeal—and the Jallianwala Bagh massacre of 1919. Public unrest was rising against these ‘rewards’ for fighting for Britain in World War I. He tapped the prevailing sentiment and remote-controlled the Congress, of which he was president just once.

Historians identify Gandhi as the leader who miraculously transformed a feeble, elitist Congress founded by an Englishman as a ‘safety valve’ to ‘manage’ the frustrations of rich and powerful Indians into one of the largest mass organisations in modern history. While he was at it, he placed emphasis on launching anti-British campaigns from far-flung parts of the country, and not from metropolitan cities. Interestingly, when the British finally left India, he was not in Delhi where other leaders had gathered; he was in Bengal fasting and fighting the spread of communal hatred and mindless violence. His fast in Calcutta in 1947 temporarily brought communal riots there to a halt following the proclamation of Independence. He achieved what battalions of forces in Punjab could not, prompting the last British Viceroy Lord Mountbatten to call him a “one-man army”. Thanks to Gandhi, the Indian freedom struggle is littered with myriad historical and political flashpoints. Certainly, to pick out a few from them is extremely difficult, if not impossible. For this issue, Open has selected the ones that highlight the freedom movement after the advent of Gandhi.

With the aim of narrating history through the present, we sent reporters to Champaran in Bihar, where Gandhi first experimented with satyagraha in the country; Chauri Chaura in Uttar Pradesh, which he thought failed him; Dandi in Gujarat, where he was at his defiant best; Vaikom in Kerala, where he proved to be a skillful negotiator and also a unifier of communities; and Vedaranyam in Tamil Nadu, which makes it to this list for complementing the Dandi March, sparking an unprecedented nationwide loathing of British rule and resulting in the mainstreaming of the south.