During a Budget session, the Ministry is seeking to award concessions worth at least Rs 800 crore to commercial flying clubs through the back door 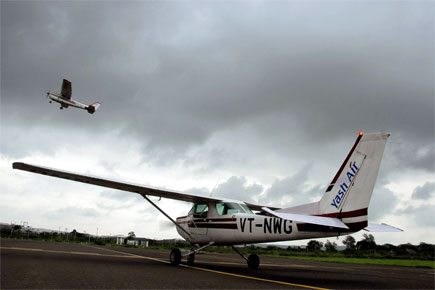 During a Budget session, the Ministry is seeking to award concessions worth at least Rs 800 crore to commercial flying clubs through the back door


NEW DELHI ~ Commercial flying institutes in the country have been enmeshed in a number of controversies over the recent past, from the issue of fake pilot licences to a Central Vigilance Commission finding that they have deprived the Government of Rs 190 crore by posing as registered societies operating on a no-loss, no-profit basis. Now, in a matter that is far more technical but perhaps even more serious than the CVC finding, the Central Board of Excise and Customs (CBEC) is preparing to issue a circular that will exempt all flying clubs recognised by the Directorate General of Civil Aviation from paying service tax. Among others, this includes Indira Gandhi Rashtriya Udaan Academy (IGRUA) at Rai Bareli. Rahul Gandhi takes a personal interest in the institution.

This is being done in a Parliament session, though the change could easily have been included in the Budget and put before Parliament, where it no doubt would have attracted flak. Coincidentally, the circular is being issued at a time when a final decision on the first such service tax matter is pending with the Customs, Excise and Sales Tax Appellate Tribunal (CESTAT). This is an appeal by Indore-

based Yash Air against the imposition of a Rs 20 crore penalty by the Customs and Central Excise Department. Since there are over 40 such commercial flying clubs recognised by the DGCA, if the CESTAT upholds the penalty it would lay the ground for the imposition of similar demands on other clubs, adding up to at least Rs 800 crore in pending service tax and penalties.

In a note dated 26 April before the chairman of the CBEC, Joint Secretary of the Tax Revenue Unit VK Garg has argued that ‘the exemption will be limited to only such training which is mandated by law and is provided by institutions approved by the DGCA…’ The chairman has noted: ‘Please put up a draft circular, the matter is very clear now.’

Actually, it isn’t. It is absurd for the CBEC to be using such an argument to justify the Rs 800 crore exemption. This has been spelt out clearly in a case before the Authority for Advance Rulings, headed by a former Supreme Court judge, which adjudicates cases in advance of the actual penalty. Garg’s note claims the authority’s ruling is not binding on the department, which is true, but the arguments in the ruling are based on the law of the land and that cannot be changed to suit the CBEC.

The matter pertains to CAE Flight Training (India) Pvt Ltd, Bangalore, a joint venture between Flight Training Device (Mauritius) Ltd, a 100 per cent subsidiary of CAE Inc, Canada, and Emirates CAE Flight Training LLC, Dubai, where the authority has clearly stated that the institute ‘cannot be considered an institute or establishment which is specifically excluded from the definition of ‘commercial coaching and training centre’’.

The authority has very clearly made the point that the training provided by institutes is not the equivalent of an educational degree or a vocational course; rather, it is the equivalent of instruction at a driving school where people are trained so that they can get driver’s licences. In the same way that drivers are taught, pilots are given a certain kind of training, which is then tested. The DGCA gives a pilot a licence after verifying his/

her training, just as the state licencing authority issues driver’s licences. Most flying clubs charge exorbitant amounts for such training, over Rs 10 lakh in most cases, and there is little ground to argue that these evidently commercial institutions deserve or need this exemption.

In the case before the authority, the DGCA itself has been quite explicit: ‘The certificate issued by CAE Fight Training (India) Pvt Ltd, Bangalore, enables the Commercial Pilot to appear in the written examination conducted by DGCA for the issue of Aircraft Type Rating pursuant to the requirement of series ‘J’ and ‘M’ of Schedule II of the Aircraft 8 Rules, 1937. However, there is no statutory provision directly requiring issuance of such a certificate by the training organisation.’

The circular, but for the technical terms in which it is couched, rather hilariously attempts to draw a parallel between professional councils such as the All India Council Technical Education, Medical Council of India and Bar Council of India. That is to say, the chairman of the CBEC is willing to accept the view that driving instructions at driving schools are no different from classes conducted for a medical, engineering or law degree. The ease with which such a specious argument has been accepted by an authority as senior as the CBEC chairman and the hurry with which the move is being pushed through suggest a degree of political pressure.

If the argument was as easily made, and the case as sound and uncontroversial as the note suggests, then the department should have had no problem presenting the service tax exemption as part of the Union Budget, but it is unlikely that such a major favour to commercial institutions constantly mired in controversy would have gone unnoticed.

It is also unclear why the department should have chosen to act at this very moment. There seems to be no pressing reason for any such hurry, and pragmatically, it would have only made sense to wait till the Budget session was over. The only possible explanation could be that the final decision on the Yash Air matter at the CESTAT is expected any time now. A stay on the final decision has been in place for almost two years, which is a very rare event at the tribunal. In February, the matter was listed for a final decision on 10 May, and it seems the circular would be issued at much the same time. While the circular is not binding on the tribunal, it is binding on all field formations and would effectively ensure that no attempt would be made to collect service tax from any of these DGCA-recognised flying clubs.