Beyond the familiar shores and subjects 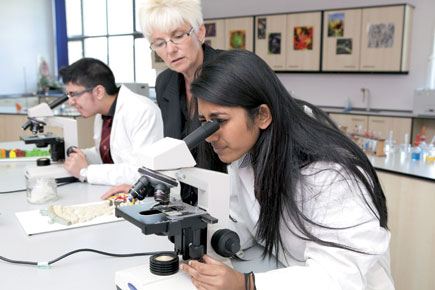 The road that led to studying abroad wasn’t always easy. There were several things one had to keep in consideration, and usually, there were regular courses that students opted for. While what was then mostly a post-grad option continues to remain so, several students are opting to go overseas even for an under-grad course, and you don’t need to be ‘filthy’ rich anymore in order to achieve that.

Two decades ago, Vineet Gupta and his wife started Jamboree, which is now one among a bunch of institutes that help students prepare to go abroad for studies and guide them along in achieving their goal. Gupta is a mechanical engineer from IIT Delhi, where he graduated from in 1991. He wished to study abroad and his GMAT scores meant that he could get into a university of his choice. However, lack of finances prevented this from becoming a reality. That’s why he’s happy with the massive change that has happened since then. “Not only are more scholarships available to study abroad, but even education loans are now easily available. That’s one big change that I’ve seen since 1991,” he says. Jamboree helps students with writing their applications to training them for GMAT, GRE, SAT, IELTS or TOEFL and even helping them apply for a visa. “We almost handhold them,” he says.

Traditional courses that Indian students have pursued abroad have usually been either engineering, management, medical sciences and social sciences— with the occasional law degree thrown in for variety. Those continue to hold true. However, the number of students pursuing these traditional courses has increased exponentially. Also, the countries they are going to and the courses they are taking up.

The US and UK are the ideal choices for students, but what’s encouraging is also how other countries are proving to be great options. What was earlier restricted to only the affluent or the upper-middle class, has now become an option for the middle-class as well. It’s quite a healthy mix, as Gupta says. “Asian countries are slowly becoming popular. Since they’re closer home, students also tend to feel more comfortable owing to the large Indian ethnic population in these countries. Not only are they cheaper, but the immigration laws are easier to handle too,” Gupta says.

An entrepreneur, Deepali Mathur chose to study fashion styling at Istituto Marangoni, Milan, Italy, because it’s the world’s ‘fashion capital’. “It’s very unfortunate that there has been no such course in our country,” she says. The institute does provide scholarships to international students in various courses to ease the admission process. Deepali, however, didn’t face any problem, as the representative of her institute was quite helpful when she went there in 2013. She suggests reaching out to fellow Indians in the country you’re going to study in, to “take their guidance as they are very helpful”.

Career Launcher (CL) is yet another institute in this sphere that conducts training modules and courses for students keen to study abroad. Commenting on the changes that he has observed in the last few years, Shiva Kumar, an IIT-IIM alumnus, and director of research and development at CL, says, “There are some ‘shifts’ that we observe in student trends, especially in the metros. In the K-12 space, there is a definite increase in the number of students appearing for SAT and also for law. There are more parents and students who are willing to look at foreign universities for their undergrad education. Engineering and medical [courses], however, still rule the roost.” Kumar has noted an increase in the number of students taking the GRE and GMAT exams as well.

The SAT is an exam that most students take when they choose to pursue an education abroad. One such international training module, which helps students prepare for the SAT is TestRocker. Co-founder Sonali Mathur claims that the modules set by her “empower students to feel prepared and overcome their fear of tests”. Students are not only prone to anxiety, but also self-doubt. Soon after taking any exam, they tend to overanalyse their answers and wonder if they were good enough. TestRocker aims to overcome self-doubt. Settled in the US now, Mathur did her schooling in India and her undergrad and post-graduate studies abroad. “My Indian high school education provided me with a strong foundation to pursue my educational and professional career. However, my US education pushed me to think beyond what is written in the book. There is an emphasis in college and graduate school to hone your critical thinking skills,” says the Harvard MBA graduate. Currently, students from 28 different countries and four continents are enrolled in the TestRocker programme.

While preparing for exams is an important task, often there are psychological pressures that one faces, and struggles too. That’s the reason that personal attention and mentoring are imperative. “A lot of handholding is needed, irrespective of the age group that the student belongs to,” says Shiva Kumar.

The modules at Jamboree are prepared keeping in mind how Indian students would think and the sections they’re weak in, which includes written and spoken English. “We help prepare students for the future, give them a concise syllabus, with a sharper focus on the exam they’re appearing for,” Gupta says. According to him, there’s a sharp rise in the number of undergraduate admissions, as, “It’s increasingly difficult to get into a college in India.” The subjects chosen display a new diversity. “While earlier few would opt for journalism or music, that has changed,” he says, “Now students are opting for psychology, psychotherapy, counselling, etcetera.”

Sonali Mathur of TestRocker says students today are better informed on what to expect of studying abroad. “Students are looking for a holistic experience rather than just a degree. They want to know what campus life is like, how helpful the college’s alumni are, the quality of job placement globally and so on.”

Students usually take a ‘Diagnostic Test’ on TestRocker, which informs them of their strengths and weaknesses. But for a successful score improvement, Mathur impresses upon a three-step approach of ‘Plan, Learn, Practice’. Elaborating on this approach, Mathur says, “Step 1: Plan. A student first takes a 70-minute diagnostic test, the results of which instantly create a customised study plan for the student, based on their strengths and weaknesses. The study plan also tells the student exactly what to focus on, how much time to spend, and what level of difficulty to attempt. Step 2: Learn. The content tested for on the SAT/ACT is learnt during earlier years of high school. More often than not, students have forgotten the fundamentals behind what is being tested. In this phase, the student spends time working through 1,200 plus SAT and 2,000 plus ACT questions with video lessons in order to solidify their conceptual knowledge of the fundamentals. And finally, Step 3: Practice. Once the student understands the fundamentals, it is time to put the learning to test in a timed setting. Students use this phase to become comfortable with answering each question in under a minute.”

Studying abroad will continue to be on people’s career charts and there will only be more and more institutes that cater to ever-increasing demand. But what is one of the striking aspects of this change is a surprising shift in mindset towards choosing a liberal arts education at a foreign university. Sonali says, “Typically, students were looking at specific fields such as engineering, computer science or business. Now more students are assigning greater value to a liberal arts education. Over the last decade, they have seen many Indians return with a liberal arts degree and rise to be very successful in every type of field,” she says. n

How to get there

– Start your research and preparation as early as possible.

– US colleges grant admissions based on strong academic performance starting class 9, high SAT/ACT test scores, good essays and remarkable recommendation letters. All of these things are time consuming and need to be well thought out from a young age (class 9 or 10).

– Many Indian students are doing the IB curriculum, which increases their work load tremendously in the last two years of high school, and thus requires greater prioritisation and planning ahead when it comes to US college applications.

– Good academic performance, coupled with interesting work done in the form of research and paper presentations is a very important criterion.

– Statement of purpose: The goal orientation of an applicant needs to be well articulated through a good SOP. An interview, if there is one, would also focus on the applicant’s goals.

– Scoring well in the admission test (where applicable) is a prerequisite for admission to good universities or schools.

– It’s almost like a one-year plan, and one must plan well.