This special edition of Open is a celebration of arguments, and we have invited some of the brightest from the world of ideas to make the name of this magazine the abiding ideal of India. 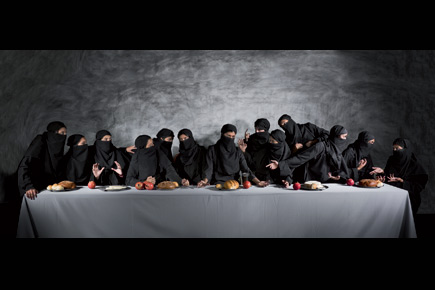 This special edition is a celebration of arguments, and we have invited some of the brightest from the world of ideas.

Journalism suffers from calendar fetish, and commemorative moments are its most obvious manifestations. Here at Open , we are in such a moment: a bit of navel- gazing, and a bit of crystal ball gazing as well. As editor, I’m only two months old in a magazine that has just turned five, and I can only say that I have inherited an idea in Indian journalism whose time has not passed. And I would say that the possibilities of that idea make my job all the more interesting. Five years ago, when it began, India was, as it is today, in the middle of an election campaign. In retrospect, the name of the magazine added a sense of unintended irony to the campaign that would launch the second part of the Manmohan Singh saga. Our fifth birthday party coincides with, in all probability, the funeral rites of the Manmohan regime.

Lots of things have happened in between, and mostly for the worse. The journey of Open began with Dr Singh Rearmed. Expectations were high, of the magazine as well as of the Prime Minister. The latter was a huge let down (see our last cover story), and his fall was to a great extent explained by the absence of openness in governance, by the overwhelming opacity that characterised decision-making—and quite a few of those decisions were in conflict with the interests of the nation. At times, it seemed, we were accidental spectators in a pantomime, far removed from the ideas and attitudes of twenty-first century India; it was as if India had travelled back in time. We were, suddenly, democracy’s most unappealing address in this part of the world. We deserved better.

It was a systematic negation of the essential decencies of public life, of the foundational tenets of a civil society. When power abhors questions, and when paranoia becomes the natural trait of the ruling class, it is a measure of our fall from the ideals of democracy. The velocity of our fall only highlighted an India in regression. It was a paradox India could have lived without: even after 66 years of freedom, we, frequently cited as a Babelic example of cultural and political pluralism, were the sum total of varying degrees of unfreedom. In politics, what concentrated the mind of our average pol was not the future; he was caught between yesterday’s obligations and today’s secrecies. India may take pride in showcasing the most disparate ideas in politics, from sub-rural salvation theories to sub-nationalist vulgarities, but variety is not an alternative to values. Many of our regional parties are too backward in their outlook to represent a modern democracy. Their idea of India is lesser than the shrinking size of their mofussils. Most dangerously, they rule their satrapies of unfreedom as the presiding deities of captive ghettos. Their powers have not diminished.

India of the closed mind was on display, resisting the temptations of a globalised society. We make a lot of noise about the powers and possibilities of Asia’s most stable democracy. We are proud to be feted at Davos and elsewhere as the other Asian miracle, as a counterpoint to China. There was of course some justification in that description because those who suffer from a China complex continue to overlook the fettered mind and praise the free market. We have come this far in spite of being a badly managed democracy—or maybe because of it. We could have gone further. We no longer believe in fair play—which demands transparency—in the marketplace. Protective of our corner kiosk and paranoid about the intruder, we are as resistant to the free flow of goods as we are to the free exchange of ideas. The last five years vindicated this trend as Dr Singh, once a market reformer, behaved like a Latin American socialist-nationalist when it came to foreign investment. The man who, towards the end of his first term, put the Marxists in their place—a redundant corner in history—seemed to be borrowing desperately from the book of his erstwhile tormentors. He was not alone. The political class was in it together. India in retreat was a country that shut its door on ideas.

Our phoney culture wars were further indications of an India uncomfortable with ideas that challenged, teased, mocked, or led to a realm beyond dead certainties. We saw vigilantes of religion positioning themselves as tastemakers and proofreaders and literary critics. We saw men from nowhere coming to the rescue of endangered gods. We saw book burners and other culture terrorists on the street. They never went away, those who never had an argument but had answers to questions they never comprehended. Their India, sustained by mythologies and ideologies, was not the India some of us inhabited, the India on the go, young, ambitious, inventive—and dreaming. Their India was so fragile that it could have collapsed under the weight of a book or a canvas. That was the Soviet India. Or the Hindu Republic of India. Or the Islamic Republic of India. Considering the distance between the ideal and the existing, there is much to be desired from democracy as a form of governance. So democracy in many places doesn’t rhyme with liberty or constitutionalism. The illiberal instincts of Indian democracy bring out the pathologies and perversions of our politics.

Perhaps we should blame it all on the Indian growth rate of freedom. Slow and unsteady. We may have come a long way from the socialist loftiness of Nehruvian vintage; we may have also come out of the comfort zone of anti-Americanism. Not fully; self-restricting Third Worldism is a mindset in certain parts of the establishment, and the West—read America—is a convenient antagonist. It is inevitable when a nation is beholden to ideology and resistant to ideas. One is restriction, the other is liberation. This special edition of Open is a celebration of arguments, and we have invited some of the brightest from the world of ideas to make the name of this magazine the abiding ideal of India. Five years ago, the birth of a magazine coincided with the inauguration of perhaps India’s worst government. We would like to believe that, as India is all set for what everyone calls a history-shifting election, on the pages of our birthday edition lies the idea of an India that is as Open as what you are holding in your hands.