Can India become the industrial hub of the world? 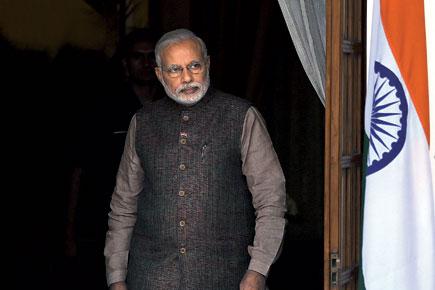 In September 2014, the Centre launched an ambitious new project in order to attract foreign investors in India—Make in India. The campaign was a well-planned move to save an ailing manufacturing sector and to reposition India on the global map as an industrial hub. The mission was to manufacture high-quality products and minimize environmental damage while doing so. The task was somewhat uphill but it soon became an important agenda for Prime Minister Narendra Modi on each of his foreign visits as he pitched it to various countries, most recently, to South Korea and even China.

The project was the brainchild of IAS officer Amitabh Kant, who began an aggressive marketing campaign right after the government relaxed the Foreign Direct Investment (FDI) in India.  Kant roped in ad guru V Sunil with whom he had worked for the Incredible India campaign when he was in the department of tourism. Sunil, who heads W+K in India, states that the directives from the government were pretty clear. “We were asked to come up with an idea for the government to push for foreign investment, better manufacturing and industrial development. The idea came from the age-old ‘Made in India’ concept. We just replaced ‘made’ with ‘make’. Also, the lion figure, the symbol of ‘Make in India’, is inspired from the best and the strongest icon India ever had- the Ashoka Pillar.”  Sunil, who worked very closely with both the PMO and the DIPP, says that both the offices understood branding and design in a very progressive and sophisticated manner. “They put traditional marketers to shame with their thinking and speed,” says Sunil.

When they were first briefed about the project, Sunil says that his reaction was to turn it into a programme rather than a traditional campaign. “So we had to build a web site (mobile first) like a gateway into India and plan the entire launch with around 28 different sectors, states, industrial bodies like CII, FICCI and most importantly, Invest India (a facilitation arm of Ministry of Industry and Commerce) to make sure people have easy access to all the information.” Before the launch of the campaign, the government also decided to relax the foreign equity caps in various sectors. They made it possible for licenses to be obtained online, the validity of these licenses was increased from one to three years. Required documents for export and import were reduced to three, payment of ESIC and EPFO was made online with 56 accredited banks and the requirement of NOC to get new electricity connections was eliminated. The process of applying for environment and forest clearances was made online too.

When Finance Minister Arun Jaitley flagged off the campaign, he made India an important investment destination and a global hub for manufacturing, design and innovation. He had said that the initiative was aimed at creating an investor-friendly environment, modern and efficient infrastructure, opening up new sectors to FDI and forging partnership between the government and the private players through a “positive mind-set”.

Talking about ‘Make in India’ campaign Sunil says, “The attempt was to push for better manufacturing and industrialisation because if we don’t do that our growth will stop. The only way out is industrialisation, building more cities and creating more jobs fpr millions of Indian youth.” Sunil further adds, “There is renewed interest and excitement about India. More and more investments are coming in, more MoUs are signed between us and other countries. Especially after our involvement with Hannover Messe as the partner country, there’s a lot of interest around the world.”

Sunil doesn’t seem to be wrong. In the seven months since its launch, the campaign is already changing perspectives on India. Making his latest pitch in South Korea, the Prime Minister said that India’s FDI has gone up by a whopping 39 per cent in less than a year. Thanks to Make in India campaign and it is only going to get bigger and better.