The Anna factor seems to have had no impact on voters, as the NCP emerges victorious 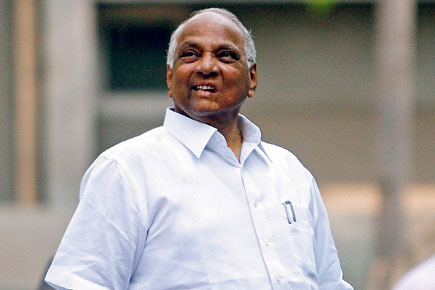 The Anna factor seems to have had no impact on voters, as the NCP emerges victorious


MUMBAI ~ On 11 December, when anti-corruption crusader Anna Hazare sat on a day-long fast at Jantar Mantar in Delhi, 133 municipal councils went to the polls in his home state Maharashtra. Through the day, news channels beamed images of Anna lambasting the UPA—specifically the Congress and NCP. As the day wore on, the voter turnout in the state exceeded expectations.

However, polling results the day after Anna’s fast were a stunner. The Congress and its coalition partner NCP did tremendously well, while the Shiv Sena, BJP and MNS fared badly. Despite Anna’s tirade against Union Minister for Agriculture Sharad Pawar, his party NCP emerged as the biggest gainer in the municipal polls. While the NCP won 44 municipal councils, the Congress clinched 35. Together they won another eight municipalities. Of the 2,544 seats in the municipal councils that were up for grabs, the NCP has won 1,114.

The Shiv Sena won six councils, the BJP nine, and together they won another seven. The MNS managed to clinch only two councils.

Predictably, the Shiv Sena and BJP, which had banked on gaining hugely from Anna’s campaign, were shocked. For neither corruption, inflation nor the Anna factor seemed to have made an impact on voters. Though there has been disillusionment against the 12-year-old Congress-NCP led state government, somehow the anti-incumbency factor too failed to make a dent. Stunned by the results, leaders of stature in both parties kept away from the media glare. It was left to their second rung to hold fort.

It was Pawar’s birthday the day the results were declared. A jubilant NCP says it is the ideal birthday present for their leader, who was forced to quit the initial committee set up to study the Lokpal Bill after Anna called him “one of the most corrupt” leaders in India.

As Anna upped his decibel levels and threatened to campaign against the UPA and its allies, party workers of both the Congress and NCP got uncomfortable. In fact, activists of both parties have been very quiet for some time now. So the jubilation on the streets, even as the results trickled in, was a way for partymen to vent the frustration they had felt ever since Anna started his campaign. More befuddled by the results than the saffron combine was the media, which had foreseen a debacle for the Congress and NCP.

However, the results are not good news for the Congress. The NCP has fared much better and has made a strong entry into the Dalit, Muslim and semi-urban vote bank of the Congress. The state leadership of the NCP, led by Deputy Chief Minister Ajit Pawar, had worked extremely hard to ensure that the party eclipsed its alliance partner. Unlike the NCP, the Congress campaign was listless and lacked punch. It was as if the state leadership could neither find the right words nor right people to make an impact during the campaign.

Now the NCP is concentrating its efforts on winning more seats than the Congress in the municipal corporation and zila parishad elections. It is time that the Congress High Command turned its focus on Maharashtra. Prithviraj Chavan may be one of the cleanest faces the party has in the state, but he has not been an effective leader. In the council polls, Chavan suffered an embarrassing setback when the Janshakti Krishna Aghadi, owing allegiance to him, was routed in his hometown Karad by the NCP-backed Lokshahi Vikas Aghadi.

The Congress also has another liability in the form of its state party chief Manikrao Thakre. For reasons best known to the party High Command, he has been allowed to continue in that position despite an utterly lacklustre performance. In his years as the state party head, Thakre has been unable to contain the NCP’s growth. Though his NCP counterpart Madhukar Pichad is equally devoid of dynamism, Ajit Pawar’s aggression has been a winner. The Congress clearly lacks effective leadership in the state. Caste considerations, after all, have played a major role in Thakre keeping his position in the state’s Congress.

Ajit Pawar has never made a secret of his desire to be Chief Minister. If the NCP keeps up its winning spree vis-à-vis the Congress, then his dream could easily be realised. Both Sonia Gandhi and Rahul Gandhi ought to turn their attention to Maharashtra affairs before all is lost to the NCP.