The PM’s silence on Kashmir has been subject to valid scrutiny of late, but the problem lies as much with his official aides. 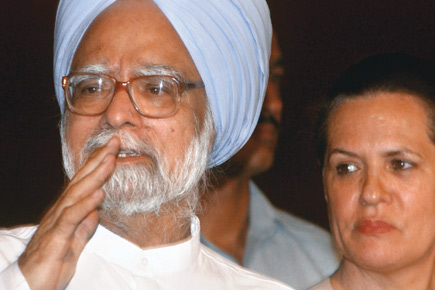 The PM’s silence on Kashmir has been subject to valid scrutiny of late, but the problem lies as much with his official aides.


A recent issue of Newsweek has a list of 10 world leaders who ‘have managed to win serious respect’. At the head of this list—‘the leader other leaders love’—is Manmohan Singh. Paradoxically, this international endorsement comes at a time when the Indian Prime Minister’s quiet style of leadership (perhaps management rather than leadership is the appropriate term here) is earning him justified criticism within the country. Article after article has commented on his silence whilst the crisis in Kashmir undergoes a fundamental change. Even though he has finally spoken out, he might as well have not. The silence is what survives.

However, if we look back at his first term, Manmohan Singh has not conducted himself all that differently. He was never a particularly effusive public speaker, nor was he directly accessible to the media. Why then this change in perception? First of all, he is older, and there is a troubling question-mark over his health, which has been evident in his reduced level of activity. His former media advisor Sanjaya Baru recently noted that in the first year of his first term—between May 2004 and May 2005—he travelled away from Delhi 25 times, but in the equivalent period of his second term—May 2009 to May 2010—that count has fallen to seven.

This, though, was far more true of Atal Behari Vajpayee in the last two years of his tenure as PM. Given his failing health, he was unable to devote more than a couple of hours to work each day; but between his principal secretary Brajesh Mishra, his advisor NK Singh and Joint Secretary Ashok Saikia, the Prime Minister’s Office (PMO) more than made up for the decrease in the PM’s activity. This is not true of the current PM, who in any case needs to rely far more on his PMO than Vajpayee did because he can hardly count on his party for support.

In his first term, Manmohan Singh had the assistance of his private secretary BVR Subramanian and Joint Secretary Pulak Chatterjee. They are no longer in the PMO, a clear change for the worse. But far more telling in the context of the PM’s silence is the switch in media advisors from Sanjaya Baru to Harish Khare. Much of what was known of the PM’s views during his first term, especially in times of crisis, was because Baru not only kept an open line with the media, he also enjoyed the PM’s trust. Contrast this with Harish Khare, who is not the PM’s own appointee; it is no secret that he was thrust upon the PMO by the party, in particular by Congress General Secretary Ahmed Patel. In any case, Khare was a perplexing choice.

A year before he became the PM’s media advisor, this is what he declared in a recorded public interaction: “Electronic media, in my view, is the greatest menace to the Indian democratic system. Power has gone to their heads. They reflect institutional arrogance. They think that they are very powerful, so much so that they are the active players in arbitrating political battles, in determining who will become Prime Minister and who will become Chief Minister.” A man is entitled to change his views once his job changes, but that doesn’t obscure the fact that Khare’s short tenure has been full of questions about who does or does not get access to the PM.

Whatever the reason for this choice, the result is evident now. Even at the height of the political crisis sparked off by the Indo-US Nuclear Deal, more information was available on what was going on in Manmohan’s mind than is the case now. Back then, not only was the Left going after him, his own party had isolated him. Yet, thanks to off-the-record briefings where Baru managed to convey more than the PM ever said, Manmohan Singh’s views found ample reflection in the media. In fact, the PM emerged from the crisis with firm middle-class support, almost clinching the party’s projection of him as a Prime Ministerial candidate.

Now that Kashmir requires top-level intervention, it is clear that it may not be possible for Manmohan Singh to publicly spell out his options. But much that is being discussed or debated currently ought to enter the public arena via the media, which would at least convey a sense of a proactive government led by an on-the-job PM.

Much the reverse is happening, even though so much is known about the options that the PM had arrived at in his meetings with former Pakistan President Pervez Musharraf, options that satisfied two seemingly irreconciliable conditions: India’s ‘no redrawing of borders’ versus Pakistan’s ‘no status quo’. Recently, in another column, Sanjaya Baru wrote, ‘President Musharraf has written and spoken about his version of the understanding that he and Dr Singh had arrived at by 2006.’ The column quotes AG Noorani’s summary of the same: ‘The four main points on which an India-Pakistan consensus exists are self-governance or self-rule for both parts of the state; the opening of the Line of Control so that it becomes, as the PM said on March 24, 2006, ‘just lines on a map’; a joint management mechanism for both parts; and demilitarisation.’ Baru adds, however, that India may prefer the term ‘cooperative’ over ‘joint’.

This is more or less as much of an official endorsement as we will ever get of what was settled. It is worth asking which of these four points actually require Pakistan to sign on. Much of the framework for self-governance already exists in Kashmir. What stops the Government from formalising this? Demilitarisation, for the time being, could mean moving the Army back to the border and policing the state mainly with the local police—is that an option?

There is no one to answer these questions. Instead, in what passes for interaction with the media on this substantive issue, it is not the PM but Home Minister P Chidambaram who is taking the initiative. Batch after batch of journalists have been called to meet the Home Minister, not to be briefed about what the Centre is contemplating or how it is thinking of handling Kashmir, but to come forth with their suggestions on what the Government should be doing.

Nothing more pointless can be imagined. If we are at a stage where the public discourse on Kashmir is being handled by the Home Ministry rather than the PMO, we are already in deep trouble. But given the state of the PMO, this is no surprise. The goodwill that Manmohan Singh had taken so long to earn seems to be diminishing rather rapidly.