‘Abdul Basit has no information’

Pakistan’s envoy in Delhi was not in the loop on Pathankot JIT, reveals a top MEA source 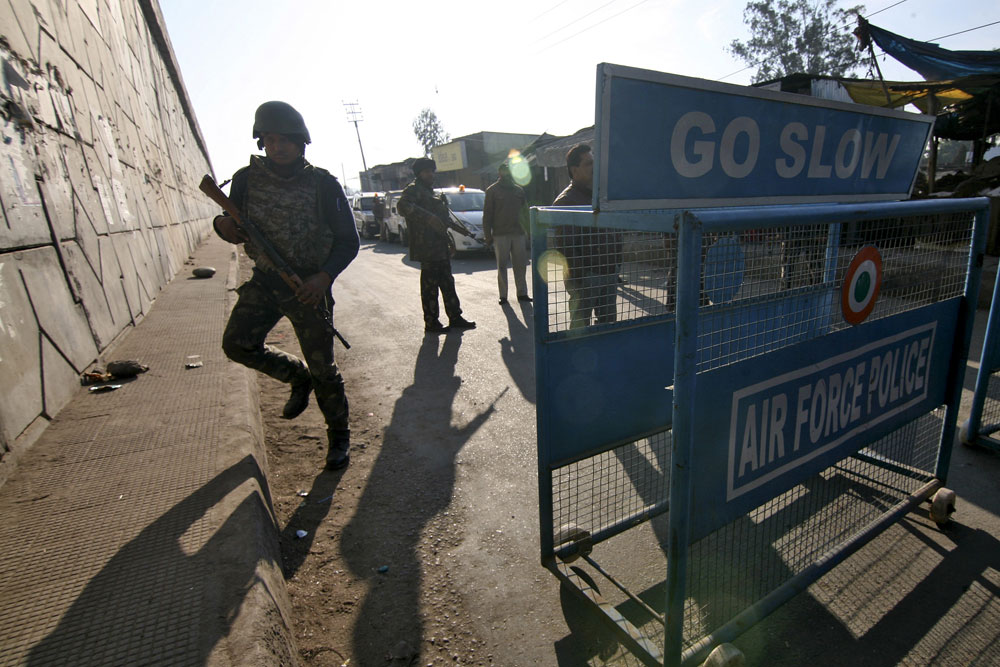 On 7 April, Pakistan High Commissioner Abdul Basit surprised observers by saying that Indian investigators may not be allowed to visit Pakistan to complete their probe of the terror attack that took place on the Indian Air Force base in Pathankot on 2 January. India had gathered evidence that the perpetrators were from Pakistan; specifically, they were members of the Jaish-e-Mohammed, a Pakistan-based group led by Maulana Masood Azhar. On Islamabad’s request, the Indian Government allowed a Joint Investigation Team (JIT) from Pakistan to visit the attack site. As part of the agreed modalities of its five-day visit, the JIT went to Pathankot on 29 March to see the route by which the infiltrators sneaked in and other traces of evidence left behind by them.

Now, after the Pakistani team’s departure, Basit’s announcement has caused consternation in New Delhi. However, as per a senior official in the External Affairs Ministry, Basit was entirely out of the loop on the programme in any case. “I know it exactly that he was not informed by his government and has no information on the terms of the agreement between the two countries which allowed the JIT to come to India,” says this official on condition of anonymity. According to him, immediately after Basit made his comments, senior officers called the Indian High Commissioner in Pakistan, who then spoke to the concerned officer in the Nawaz Sharif administration. The MEA official says there exists a document—a letter—stating the terms of the agreement and it is clear from it that India can opt to visit Pakistan, where the attack was planned, and Pakistani officials have acknowledged its receipt. “That stage has not come,” says the official. “It will take place at the right time.”

Soon after the JIT went back to Pakistan, reports surfaced in the Pakistani media suggesting that the team’s report indicates that India had staged the attack to pin false blame on the country.

The MEA official says that the team from across the border was satisfied with the investigation here. The JIT members were briefed by NIA officials and the questions raised by them were duly answered. They even got a chance to quiz over a dozen people in India, including the suspended Gurudaspur SP Salwinder Singh at the NIA headquarters.

New Delhi believes that the media reports in Pakistan are the handiwork of mischief makers who are against the regime of Nawaz Sharif. It is thus best seen as an attempt to sabotage the framework of cooperation that the two countries have been trying to put in place. Basit’s words are also seen as an effort to discredit the Government. Other sources say that the Pakistani prime minister is not happy with Basit siding with hardliners keen on thwarting efforts to revive the peace process.

The Indian Government is not willing to resume a bilateral dialogue with its Pakistani counterpart until Pakistan takes firm action on the Pathankot attack.

The two countries’ prime ministers were expected to meet in Washington on their two-day visit starting on 31 March this year. Both were there to attend a nuclear summit called by US President Barack Obama. But Narendra Modi did not make any attempt to meet Sharif. According to officials, this was a signal that talks will go ahead only once Pathankot is put out of the way.

“Officials from both sides are in constant touch with each other,” says the MEA official. “It is difficult to say when the process will lead to a revival of bilateral talks.” In the meantime, he implies, Basit’s words need to be given more attention than they deserve.