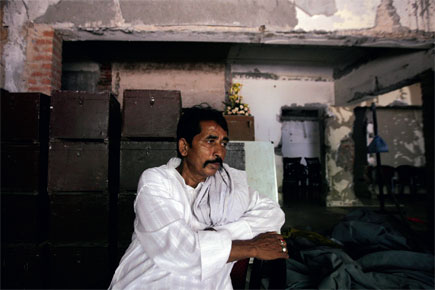 
NEW DELHI ~ The tears begin to flow. They begin to flow as soon as the name of his village is invoked: Bathani Tola. Inside the auditorium of Delhi’s Constitution Club, activists have just marched in, demanding justice for those who lost their lives in the gruesome massacre of July 1996. They shout for justice for the victims of Bathani Tola. And Nayeemuddin’s sniffles turn into sobs.

Nayeemuddin, 50, does not live in Bathani Tola now. But he says whenever he passes through it, he feels as if blood is about to ooze from his eyes. It makes him remember the afternoon of 11 July 1996. Bathani Tola is a settlement of landless Dalit and Muslim agricultural labourers on the outskirts of Barki Kharaon village in central Bihar’s Bhojpur district. On that day, Nayeemuddin was on his way to Barki Kharaon but beat a hasty retreat after he spotted members of the upper-caste militia Ranvir Sena lurking there. He had no inkling where they were headed—to Bathani Tola. Shortly afterwards, around 2pm, a group of 50-60 men with firearms and swords and daggers stormed into the settlement. They divided themselves into small groups of five-six each and began to kill whoever they came across.

“We just fled and hid ourselves, thinking they would spare women and children,” recalls Nayeemuddin. But the savages spared nobody. They hurled Nayeemuddin’s three-month-old baby in the air and sliced her into two with a sword. They also killed his other daughter, two sons and daughter-in-law. At least one woman was gangraped, while the breasts of another were hewn off. A pregnant woman’s belly was slit open and a sharp weapon plunged into her foetus.

In all, 21 people were murdered that day. The bloodbath lasted more than two hours. This, despite the presence of three police pickets within a 1 kilometre radius.

Three years later, in a newspaper interview, Ranvir Sena’s chief Brahmeshwar Singh would justify such killings, saying, “Hanuman in his fight against Ravana set fire to the whole of Lanka; it is fair if the fight against demons involves destroying wombs.”

But why has justice been so hard to come by? Nayeemuddin and other survivors had identified many of the murderers, some of whom were residents of Barki Kharaon—“our neighbours”, who he says, “brought support from outside to finish us all”. In May 2010, a Patna court had sentenced 20 of the accused to life imprisonment and awarded death sentences to three others. But in April this year, a Patna High Court bench upturned that order, leading to acquittals of all the accused. The High Court dismissed survivor accounts saying it found them ‘not worthy of reliance’.

This angers Nayeemuddin. “They were killed by somebody, weren’t they?” he asks, “And I was there and I know them by their names, by their faces. So how can that not be worthy of reliance?”

Another villager Shiv Krishan Choudhary was 32 when the massacre took place. He says he hid in a ditch next to his house as Ranvir Sena members went around killing people. They killed his wife and two daughters. He has remarried since and still lives in Bathani Tola. On 17 July, his special leave petition was accepted by the Supreme Court and notices were issued to all 23 accused.

All Nayeemuddin and Choudhary want now is justice, which they hope they will get from the apex court. Equally clear is their disappointment with the Nitish Kumar government in Bihar. “Nitish babu keeps distancing himself from Narendra Modi, but what about the Modi in his own cabinet (the BJP’s Sushil Modi, Bihar’s deputy CM)?” asks Nayeemuddin.

He has a point. Soon after taking over in end 2005, Nitish Kumar disbanded the Amir Das commission even before it could submit its report. It had been set up by Lalu Prasad’s RJD after the 1997 Laxmanpur Bathe massacre (in which 58 Dalits were killed) to probe the political and administrative links of the Ranvir Sena.

But parts of the draft report got leaked, and it is believed that as many as 37 politicians have been implicated for their links with the Ranvir Sena. This includes politicians of the JD-U, Congress, RJD and BJP, Sushil Modi among them.

That Bihar’s political leaders make no secret of their association with the Ranvir Sena was clear at the funeral of its chief Brahmeshwar Singh, who was gunned down by unidentified men outside his home in the wee hours of 1 June. Senior BJP leader CP Thakur (also reportedly implicated in the report) said that he had spoken to Brahmeshwar Singh before his death and that he wanted to do ‘social service’. Lalu Prasad, who likes to be seen as a messiah of the state’s downtrodden, appeared on TV with a mournful face, respectfully calling him ‘Mukhia ji’ just as his supporters did.

“After one has spotted all these leaders paying their last respects to Brahmeshwar Singh, one doesn’t really need to know who the Amir Das Commission may have named in its report,” says Kavita Krishnan of the CPI (ML)-Liberation, a radical communist party active in Bihar.

In Nitish Kumar’s case, however, it really is a matter of the mask having come off. Right after Brahmeshwar Singh’s death, his government announced a CBI probe. Meanwhile, as Nayeemuddin points out, the poor of Bathani Tola still await justice 16 years after the Ranvir Sena’s murderous rampage.

But it is not only they who suffer in Bihar. After Brahmeshwar Singh’s death, his supporters attacked hostels of Dalit students in the district. In Ara, a gang arrived at one such hostel soon after his demise and attacked its inmates. Recounts one of them, Shiv Prakash Ranjan, “They were shouting slogans like ‘AK-47 zindabad’ and ‘ek kaa badlaa sau se lenge’ (We’ll avenge the death of one by taking a hundred). The police asked us to flee by climbing down the back wall, but they chased us and beat up some of us.” The same afternoon, the gang returned to set the hostel afire. The blaze gutted 16 of the building’s 21 rooms, according to another inmate, Shabbir. “They used small gas cylinders in our rooms to blast the building,” he says. They also looted things like laptops and TV sets, and destroyed cycles and motorcycles. Educational degrees of about 30 students have also been reduced to ash. The police refused to budge.

Later, aggrieved students laid siege to the CM’s office and were allowed to meet Jiten Ram Manjhi, the SC and ST welfare minister. But he said he did not know that hostels had been attacked. The students returned and later smeared the face of Vidyanand Vikal black. Vikal is chairman of Bihar State Scheduled Caste Commission and a man who had stayed in the same hostel as a student once. “A case was promptly filed against the six of us,” says Ranjan, “while not even an FIR has been filed against those who attacked us.”

During Brahmeshwar Singh’s shraadh (funeral service), a fire that broke out from a gas cylinder damaged the pandal where the ceremony was being held. The state administration announced a compensation of Rs 8 lakh, but not a penny has been offered so far to those who suffered losses in the arson. No wonder that in 2011, Bihar recorded India’s highest number of crimes against Dalits by upper-castes.

Meanwhile, in Bathani Tola, about 100 bighas of gairmajurwa land (common area) is still held by force under the occupation of upper-caste landlords. And inside the Constitution Club, right next to a gym and spa for MPs, Nayeemuddin struggles to contain his tears. 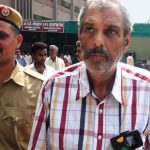