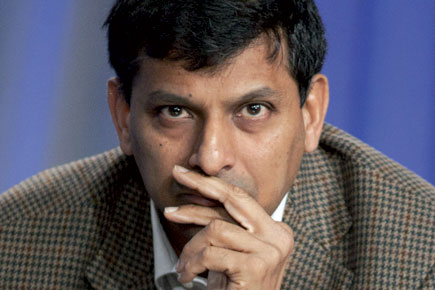 It is time perhaps to look beyond Professors Amartya Sen and Jagdish Bhagwati for inspiration. India has for long been trapped in a debate over prioritising economic growth over redistribution, or the other way round. Efforts at growth-oriented policies have been shadowed by narrow pacts between the ruling and the affluent classes, resulting in the rise of crony capitalism and gross inequalities that threaten to restrict the impact of growth on poverty alleviation. On the other hand, social programmes have been beset with short-sightedness and poor implementation. Knee-jerk schemes by populist leaders turn the prospects of redistribution bleaker still, at least in the short term. Ironically, none of the countries that have become rich have been bogged down by talk of a trade-off between social spending and growth. We, therefore, need a new set of scholars and policymakers to rely on, people who focus on revamping the autonomy and power of institutions that matter, and a few good men and women who work towards ensuring transparency and enhanced coordination between various government agencies caught in inertia of decades—the RBI’s Raghuram Rajan and India’s Chief Economic Advisor Arvind Subramanian are at the forefront of such efforts. Any bid to have a majority of Indians enjoy the fruits of rapid economic growth—India is still one of the fastest-expanding economies on earth—needs careful planning and implementation of well-aimed welfare programmes. It is heartening to see smart economists joining the Union Government to pursue these goals. Their exertions count because though there is dignity in greater freedom for business, it is a shame that grinding poverty is still a feature of everyday life for most in India. Income and wealth disparities are at the root of many of the country’s political problems. It is crucial that brilliant minds from academia and the private sector act as guides in the formulation of government policies for India to become an economic powerhouse over the next few decades.

He is perhaps the first Indian central banker to be seen as a ‘hunk’, but he is of course much more than that. Famously, he was remarkably prescient in predicting 2008’s global financial crisis. His 2005 paper warning of it makes for a spellbinding read, as also his report on India’s financial sector reforms. When he took over as RBI chief in 2013, the question was whether a brilliant scholar could become a brilliant central banker. It demanded the skills of diplomacy as well as politics. But India’s former Chief Economic Advisor and alumnus of IIT-Delhi, IIM-A and MIT has acquitted himself well at the head of a vital institution that has not had political independence. His knowledge of global crises came in handy when he had to argue his position while tackling inflation and delaying rate cuts against the Centre’s wishes. Rajan, co- author of Saving Capitalism From the Capitalists, has won a degree of autonomy for the RBI—which explains why he is lionised the world over. 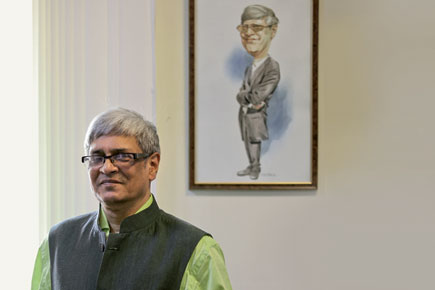 A member of the NITI Aayog, he looks much younger than he actually is. Attribute this to his energy, discipline and eclectic tastes. From math to the puranas to economics and planning, he is well-versed in a range of fields. He has traits of a Renaissance Man. As a public intellectual, he has dominated discussions on politics and economics, and deserves some credit for the acceptability at home for the Gujarat model of development. A Naxalite in his student days, he had an epiphany while on tour of the Soviet Union in 1977 to study wage and salary structures in that country. He has been a champion of the market economy ever since. His contributions to policy-making in India are profound. His studies on archaic laws are destined to have a far-reaching impact in our democracy. As a columnist and an author, this alumnus of Trinity College, Cambridge, not only makes economic policies intelligible to the common man, but also makes Indian epics accessible to first-time readers. Never fawning, he speaks his mind, be it to the Prime Minister or any top official. His tasks ahead: to help revamp the Railways and devise new ways of planning. 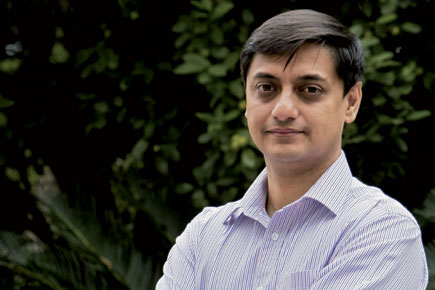 Deutsche Bank’s global strategist is being considered for a post in the Narendra Modi-led Government to help steer its economic policies. This Kolkata-born alumnus of Shri Ram College of Commerce and St John’s College, Oxford, is widely regarded as an economist to watch out for. Besides authoring books as stellar as The Indian Renaissance: India’s Rise after a Thousand Years of Decline, Land of the Seven Rivers and The Incredible History of India’s Geography, he closely follows financial markets across the world. In 2010, Sanyal was named Young Global Leader by the World Economic Forum in Davos. A Rhodes Scholar, he is also an environmentalist and a public intellectual who considers walking as an alternative form of transport that has to be encouraged by all cities. Sanyal, who comes from a family of freedom fighters, is also known for his contrarian viewpoints on demographic projections and city building. 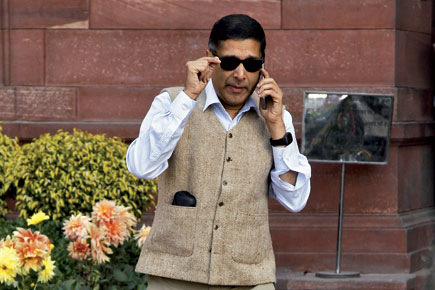 After nearly a year-long suspense, Arvind Subramanian assumed the post as CEA last October. Formerly a senior fellow at the Peterson Institute for International Economics and Center for Global Development, and an alumnus of Delhi’s St Stephen’s College, IIM-Ahmedabad and University of Oxford, he has emerged as the key voice of the Modi Government on economic policy. His major achievement, since taking over as CEA, has been to bring in, according to a close observer, “some peace” between the Finance Ministry, its arms, and the RBI. The ‘friction’ that was talked about—between North Block and the RBI—has given way to smooth interaction. Subramanian, who has taught at Johns Hopkins’ School for Advanced International Studies and Harvard’s Kennedy School of Government, and has served as an assistant director in the IMF’s research department, is a friend of RBI chief Rajan. For someone who was a critic of Arun Jaitley’s first Budget, Subramanian has acquired enormous clout in India’s economic policy-making. 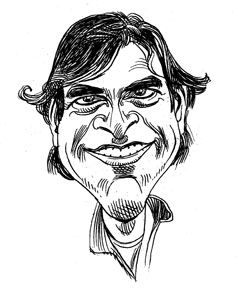 Sendhil Mullainathan, who was born in a village in Tamil Nadu but left for the United States as a child, is widely recognised as one of the world’s leading behavioural economists, and is especially concerned with deploying the theories and tools of this newish discipline to study poverty. In a book co-written with Eldar Sharif, Scarcity: Why Having Too Little Means So Much, he offers refreshing insights into the psychology of deprivation. Reviewing it, London’s The Economist noted that its ‘unified theory of the scarcity mentality is novel in its scope and ambition’. Mullainathan’s research aims at using knowledge of human behaviour for the cause of better public policy. One of his studies, for example, tried to find out whether SMS reminders made people save more money in banks in Bolivia, while another looked at whether increasing taxes on cigarettes made smokers happier. 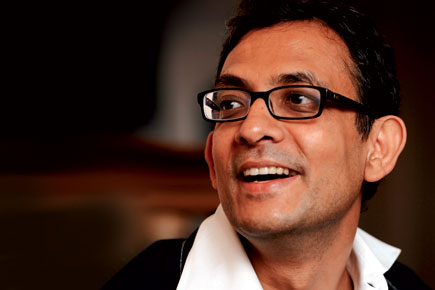 Perhaps no curse is worse than that of being trapped in economic quicksand. On the basis of his research on poverty, which took him to the villages of India, Kenya, Indonesia, Morocco and other countries, Banerjee, in collaboration with Esther Duflo, has proposed simple solutions for the poor to escape the curse. The research, compiled in the book Poor Economics, created a stir in development economics. The MIT professor received widespread acclaim for this work, which drew on scores of randomised controlled trials pioneered at the Abdul Latif Jameel Poverty Action Lab. Perhaps for the first time after Amartya Sen and Jean Drèze, somebody had come close to detailing the impact of acute poverty—why the poor need to borrow to save, for example, why poor kids go to school but often learn little, why they never get life-saving immunisation, and why they fail in business ventures. Banerjee also showed how freedom from destitution can have a dramatic effect on people’s outlook to life. He has also debunked many myths on aid successes and failures.