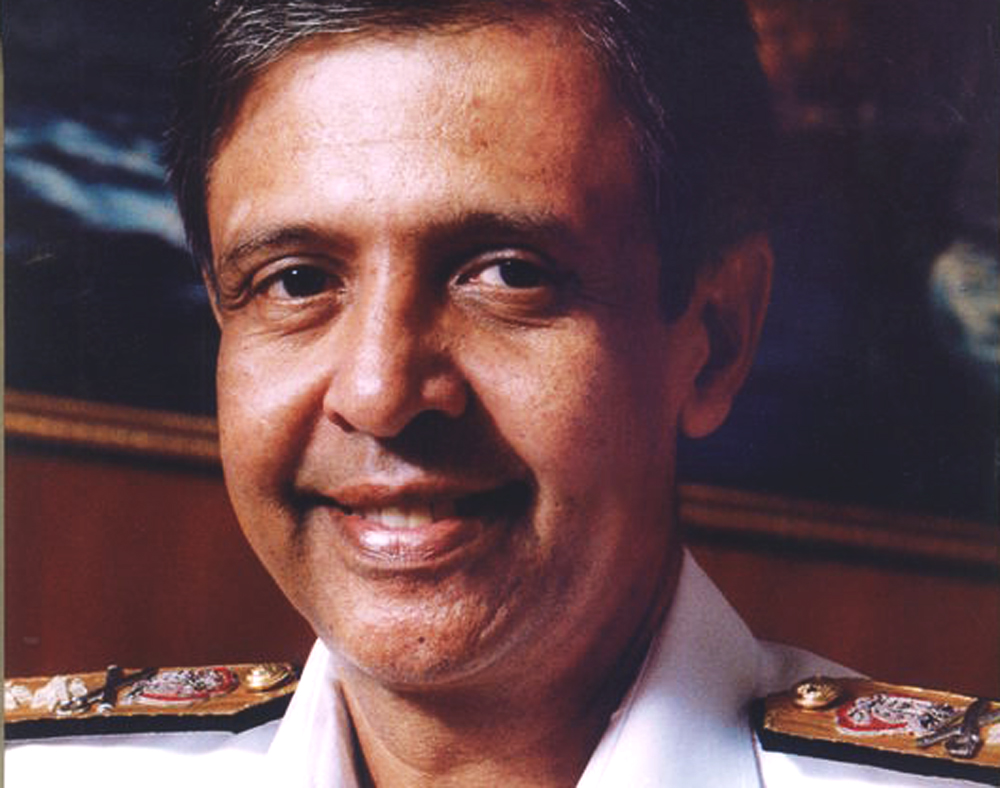 
Sometimes one gets news of the passing of a great Indian whom very few Indians know about, and who deserves to be better appreciated. The sense of loss I felt on hearing of the death of Vice Admiral (retd) and Chief of Naval Logistics Verghese Koithara in June 2020 was augmented by regret that so few knew enough about him to mourn with me.

I first met Verghese Koithara in 1981, when I had arrived in Singapore as a young UN official appointed to head the Office of the UN High Commissioner for Refugees, then coping with the crisis of the Vietnamese ‘boat people’ being rescued on the high seas and brought into the bustling port of that city-state.

Verghese—a bright defence attaché at the Indian High Commission, looking far younger than his 40 years—was a guest at one of the first dinners I attended, and we instantly took to each other. His astonishingly wide reading, quick mind, fine intellect and sparkling conversation were not what I had expected from a naval officer. There was no issue of contemporary geopolitics, Indian society or world and national affairs in general that he was not familiar with, and he could address them with unusual perspicacity and insight.

Together with his attractive wife Indira, a Bharata Natyam danseuse of no mean talent and a sparking intellect herself, Verghese became a close friend, and we saw each other often during our overlapping postings in Singapore. Theirs was a love story of great courage and character: Verghese, a Christian, and Indira, a Hindu Nair, had to deal with family opposition on both sides to their love, but had risen above it with the remarkable genuineness and sincerity of their commitment to each other. During this time, the Koitharas endured an unspeakable horror when their brilliantly gifted son Nikhil suffered a terrible accident on his school bus, sustained severe brain damage and was hospitalised, near death, for months. That he recovered was in no small measure due to the patience and forbearance of his loving and devoted parents.

Unlike most ‘diplomatic friendships’, which tend to fade away once each element of the friendship is transferred to another country and forms other attachments, this one endured. I stayed in touch with Verghese through our different postings in the years that followed. Tragedy struck the Koitharas again: the adolescent Nikhil coped bravely with his diminished condition until, in his late teens, he passed away in a tragic fall from a high-rise building. Verghese and Indira absorbed this blow with a fortitude all the more remarkable for their undoubted love and devotion to their only child. They bore their loss with a quiet dignity that could do little to mask the depth of their pain and anguish.

Still, life went on. Verghese rose to head Naval Intelligence as a Vice-Admiral, and many friends in the Indian Navy tell me there has never been a better or more strategically-minded chief of Naval Intelligence in living memory. Indira devoted herself to charity work, her capacious heart devoting itself to help others deal with their own suffering. I last saw them both in Coonoor, where they had chosen to retire, in a simple but lovely cottage in the hills, where Verghese devoted himself to writing some of the best and most respected books on Indian security that most of us will ever read.

This trio of books—Society, State and Security (1999), Crafting Peace in Kashmir (2004) and Managing India’s Nuclear Forces (2012) —are outstanding in every sense of that over-used word: they are original, wise and visionary, and should be required reading for anyone involved in crafting security strategy for our country. In his well-documented and wide-ranging analyses, Verghese Koithara consistently argued, in a typically understated and always fair and balanced manner, that security is much more than territorial integrity and the preservation of state sovereignty; the interests of Indian society need to be taken into account as well.

Where many a so-called ‘realist’ is too quick to conclude that a conflict is essentially beyond solution, Verghese was not so quickly intimidated to buying into the prevalent view. His perspective was always unsparingly realist, well-informed about comparative situations and experiences around the world, yet optimistic. He understood that all too often, conflicts we consider ‘intractable’ have become so because of the patterns of behaviour and attitude that have developed over the years, rather than the intrinsic insolvability of the problem. He believed that, if one studied the protracted and violent conflicts in Northern Ireland, Sri Lanka and Palestine, one could identify a way forward to resolving the Kashmir conflict through a ‘peace strategy’ rather than a ‘war strategy’. Coming from a clear-headed political realist, his was no woolly-minded idealism, but a pragmatic analysis of the possibilities of persuading all sides that the Line of Control could become the settled border and the two parts of Jammu & Kashmir receive parallel and substantial autonomy. Soon after he published his book, this was the very approach pursued by Dr Manmohan Singh and General Pervez Musharraf in their ‘back-channel’ negotiations that nearly achieved peace. Whether they had read his book, we may never know; but his ideas still represent the outcome both countries should work towards.

In his last book, Verghese Koithara took on the dysfunctionalities in our nuclear defence with thoroughness and precision. He was rightly critical of the military’s exclusion from the policy levels of nuclear force management, and the perpetuation of a system of technocratic dominance, created before we had nuclear weapons, that undermined both effectiveness and accountability. Seeing nuclear weapons as a source of national pride or international prestige is now largely irrelevant. The fact is that our nuclear weapons are a vital part of our deterrence strategy, particularly against a Pakistan which (because of its overwhelming disadvantage in conventional terms) is overly reliant on its own nuclear weapons in any future conflict against us, but also against a China that seems only too willing to engage in brinkmanship on our borders.

It’s no longer enough to see our nuclear weapons as sources of security in themselves, unless they are integrated into serious strategic policy-making—civilian-led and militarily-supported—to make nuclear deterrence operationally effective. Verghese Koithara argued that our current system, treating the operational role of nuclear weapons with ‘nonchalance’, distorts our policy-makers’ strategic understanding, and therefore, limits the deterrent effect of our nukes.

Our political leadership’s relationship with its own military is ‘barren’ and not particularly trusting, leading to the exclusion of the armed forces from the very area of their greatest expertise – national security planning. If we want to be taken seriously as a nuclear weapons state, we need to develop a serious nuclear strategy, buttress it with effective organisational capacity, make the necessary procedural and institutional changes and professionalise our operational decision-making.

Verghese always marshalled his case impressively, taking into account global geopolitics, theory and comparative history as well as a detailed analysis of our present nuclear capacity and force management systems. His approach combined the rigour of a scholar with the intimate knowledge of the practitioner. His recommendations were always of outcomes that can be achieved in today’s conditions.

His call to undertake a broad restructuring of India’s defence organisation and defence management, his analysis of our ‘organizational and attitudinal pathologies’, and his practical, solution-oriented thinking were rare in a field where so many books ostensibly about strategy are barely worth the paper they were printed on. And he was no Colonel Blimp, advocating only the point of view of the men in uniform; far from it. Verghese Koithara wanted to educate the Indian public, or at least that portion of it concerned about such issues and the policies that keep us safe. He called for ‘broad-based public pressure, emanating from a good understanding of the issues and the high stakes involved.’

As I bow my head in tribute to this remarkable man, I can’t help feeling that the emergence of a well-informed, politically-aware citizenry, committed to India’s security, would be the best tribute we could pay to the late, deeply lamented, Verghese Koithara. May he rest in peace.