The boss who transformed GE became a global corporate sage 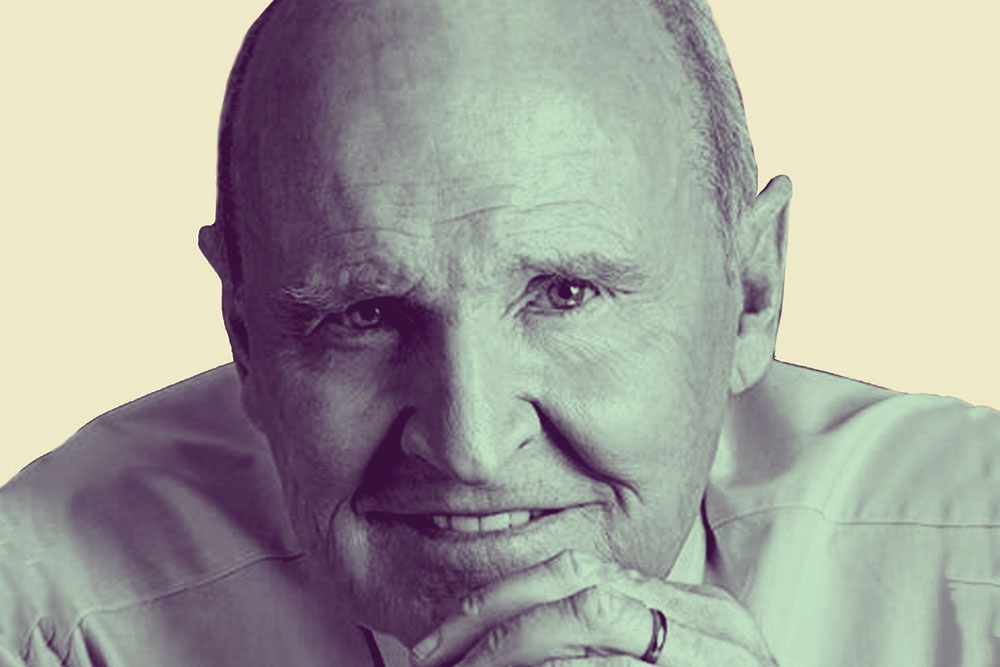 
TO APPRECIATE Jack Welch’s impact on General Electric (GE), from when he took over as its chairman and CEO in 1981 to his retirement in 2001, consider both what the company was before and after him. Started by Thomas Edison, the man who gave the world electricity among numerous other inventions, GE, with its beginnings in 1889, embodied the power and scale of the American century that was to come. It became a mammoth conglomerate with innumerable companies under it. It sparked the age of television with the first test of a broadcast. When the computer revolution began, it had a piece of it. It was in chemicals, aviation, energy and more. When Welch became its head, GE was, as he wrote in his autobiography Jack: Straight From the Gut, ‘a $25 billion corporation, earning $1.5 billion a year, with 404,000 employees. It had a triple-A balance sheet, and its products and services permeated almost every part of the GNP, from toasters to power plants. Some employees proudly described the company as a “supertanker”—strong and steady in the water.’

The only problem was that Welch wanted GE to be a speedboat. He wanted it to quickly enter the waters of the future and change direction easily when required. The only condition was that the speedboat must be at the lead and to that end Welch began a total transformation of the conglomerate’s character. He let go of subsidiary companies in areas where it couldn’t be number 1 or 2 in the field. Every company, which didn’t meet this standard, had to be fixed, sold or closed. He had a particular aversion for bureaucracy and began a ruthless trimming of the ranks, pioneering a practice that many others would go on to follow later—10 per cent of the workforce, the worst underperformers, had to be sacked every year no matter what. It got him the nomenclature Neutron Jack. He argued that by giving these employees a chance to find another future in a good environment, he was actually preventing them being hopelessly adrift when a recession made them unemployed without alternatives. Meanwhile, the top 20 per cent best performing employees would be given vast independent powers to think like entrepreneurs within the GE universe. They would be rewarded extravagantly. Welch took up a flabby prosperous body and turned it into a lean and muscled one. When he retired, GE’s revenues were $130 billion, up more than five times from when he had taken over. But it was even more lucrative for its shareholders. As the GE website says in a write-up on him, ‘The company went from a market value of $14 billion to one of more than $410 billion at the time of his retirement, making it the most valuable and largest company in the world, up from America’s tenth largest by market cap in 1981.’

His veneration as a corporate sage has come down a notch in recent times, when the big fat corporate pay is seen as predatory and Welch not only got over $400 million on retirement but also continued use of benefits like a company jet. He was however, as has been said, perfect for the time that he was in. His centrality in that corporate fairy tale can be seen in the fate of GE today. It has been suffering losses for several years. An increasing turn towards finance meant the 2008 crash took the wind out of its sails and it has never recovered since. Welch’s failure, in retrospect, was in choosing a successor who couldn’t fill the enormous shoes he left behind. Or maybe Welch was just luckier, having become CEO just as Ronald Reagan had become President and whose pro-market policies would provide the perfect foundation for his energy and vision. Welch also recognised in the 1980s that more efficient players in Asian countries were entering GE’s spaces and instead of competing and losing, he made GE veer around to where it could lead the field. His seminal mark was in changing GE before change was forced onto it. It was not something GE has been able to do since his going. As companies like Apple, Google and Facebook ushered in a new era propelled by the internet, GE seems to have completely missed that bus. As Welch said in his book, ‘I’ve always believed that when the rate of change inside an institution becomes slower than the rate of change outside, the end is in sight. The only question is when.’