The possibilities and pitfalls of a digital economy 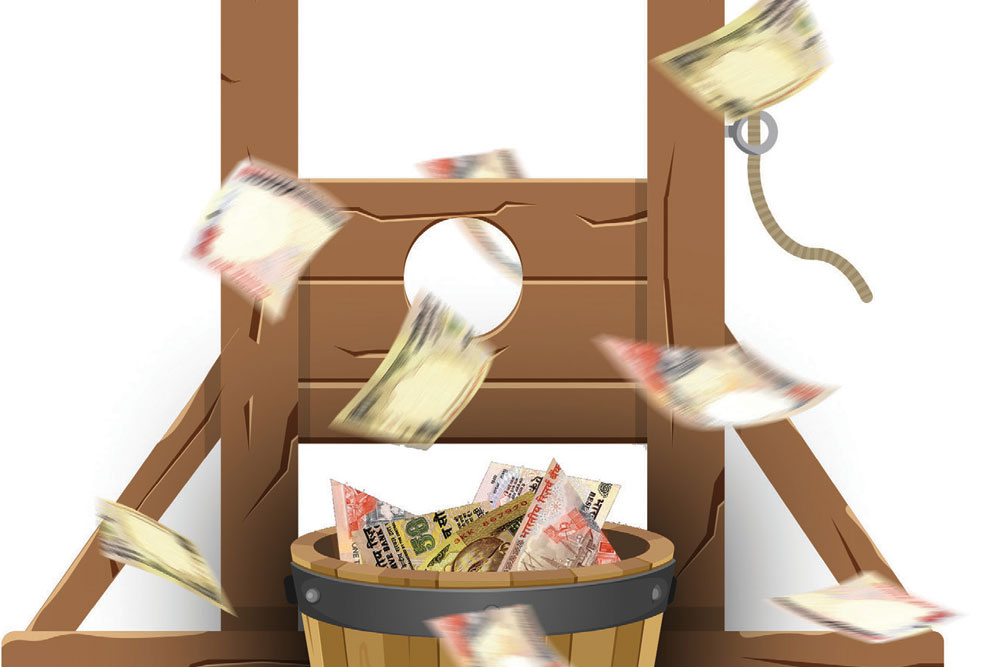 THESE ARE CASHLESS days in India. Soon after the Union Government withdrew high-denomination notes in early November, the debate on India moving towards a cashless economy—or more plausibly, a less- cash economy—has gathered steam. In the days immediately after the decision, many urban residents switched to digital payments online due to sheer necessity, as notes of Rs 100 and less suddenly became scarce. ‘Scarcity’, however, is the wrong word to describe what happened. The Rs100 note has over the last 15 years been edged out by Rs 500 and Rs 1,000 notes, so when the latter were withdrawn, it resulted in a shock of sorts.

Are these just the pangs of a transition to a cashless economy? Or is this a far-fetched goal in a country where cash transactions still account for most business undertaken? In the interim period, both answers could be correct. But one thing is more or less certain: the Government and a large number of Indians will shift to the digital domain if they get the right ecosystem for carrying out electronic transactions. The Government’s intent was spelt out on November 30th, when it announced the formation of a 13-member committee on the ‘promotion of cashless society’. The committee is led by an old champion of the idea, Andhra Pradesh Chief Minister N Chandrababu Naidu.

The committee has its task cut out. If India is to increase the number of those who steadily give up cash in favour of digital payments, it needs to address three issues. One, a large number of citizens, especially at lower rungs of the income scale, need to be equipped with devices through which such transactions can be done. The device of choice: a mobile phone, preferably a smartphone. On this front, the progress is somewhat satisfactory. Two, the other side of this exercise involves bringing an ever growing number of persons within the ambit of formal banking, which in turn calls for designing and implementing a user-friendly system of cashless transactions, a formidable challenge. Unbelievable as it may sound after nearly 70 years of Independence, the task of getting as many Indians as possible to use banks is just beginning. Finally, the toughest part of the digital economy triangle is that of changing the habits of a population that has been used to cash for more than a millennium. This is perhaps the toughest part of the transformation sought.

“The key component of widespread digital payments involves changing consumer and merchant habits in a cash-heavy economy. Implementing behavioural changes is extremely demanding of state capacity. It’s not enough to have cards if consumers use them at ATMs to withdraw cash. Consumers must be willing to, and know how to, transact digitally. For merchants, the prohibitively high cost of card acceptance machines and connectivity issues often act as impediments to adopting digital payments,” Saksham Khosla, an analyst at the Carnegie Endowment for International Peace, tells Open.

EVEN BEFORE DEMONETISATION, there was plenty of excitement about the country’s digital payment prospects. In July this year, a joint report by Google India and Boston Consulting Group, titled ‘Digital Payments 2020’, said that by 2020 the size of this industry would be $500 billion, contributing to roughly 15 per cent of India’s Gross Domestic Product (GDP). Further, it projected the non-cash share of the consumer payment segment at 40 per cent that year, double the current figure.

These and other reports paint a rosy picture of India becoming a digital payment economy. While it is true that in the last couple of years significant strides have been made in creating a system that will allow the country to move in that direction, the reality is sobering.

If the benefits of an economy that is less dependent on cash are obvious, it is not clear if India is ready for this ‘revolution’. There are plenty of roadblocks before a majority of Indians can take the e-way to selling and purchasing various services. One big—and basic— hurdle that needs to be crossed is infrastructural. At the moment, the spread of mobile phones is very uneven. In July this year, the all-India number of mobile phones for every 100 persons—also known as tele-density—was a healthy 83. But this bright number hides an uneven geographical spread. In rural areas, tele-density falls to 50.7, almost a third of the urban figure of 148. States such as Bihar and Assam are way behind the national average. Simply put, India is simply not equipped to make the transition to a less- cash economy, let alone a cashless one.

These numbers, released by the Telecom Regulatory Authority of India (TRAI), need to be seen in the right perspective. On paper, the number of Indians with a mobile phone in their hand—the basic requirement for joining a digital payments system of any kind—is more than a billion. But this number should be taken with a pinch of salt: the number of broadband internet subscribers across India is no more than 150 million. This includes 3G, 4G and wireline connectivity. The result is that the slice of those who access the internet on mobile phones is rather thin.

That is just one side of the equation. The other side—that of banking and payment systems that are needed for online transactions— is probably even more skewed. Over the last decade, mobile telephony has boomed, but the banking sector has lagged far behind. Until 2014, the vast majority of Indians remained unbanked and, few, if any efforts were made to make banks respond to the needs of the poor. That year, the Government launched its no-frills, zero-balance, account scheme to ensure that everyone signed up. Since then, the number of these accounts has swelled to approximately 255 million in early November. At least on this score one can have the satisfaction of seeing positive changes.

In this context, the cause for concern is that design of the payment systems by which users transfer money to others or use it to buy goods—the actual interface with banking. It was only in April this year that the Unified Payment Interface (UPI) was launched. This system is yet to become fully functional. “There was a spike in the number of people who signed up for UPI in the initial days, but it tapered off after that. I don’t know what the problem is. Is it one of ease-of-use or some other usability issue, one doesn’t know,” says an investment banker who has closely tracked India’s journey to a less-cash economy. He says that design issues are a problem, as similar payment systems elsewhere—for example the mPesa system of Kenya—are much more user friendly. Indian systems, with their cumbersome Know Your Customer (KYC) norms and multiple verifications for transactions, often deter those consumers who are not used to such mechanisms. This problem is likely to be particularly acute in rural areas where customers have little, if any, experience of online systems.

“There are various ways in which the Government can incentivise this change. At the moment, the Government has access to plenty of money from taxing black money and from other sources. It could, for example, offer cheaper inputs like seeds and fertilisers to farmers who pay for these using digital platforms. This will not only encourage the price-sensitive Indian farmer to buy online, but also give them experience in using online platforms,” the banker adds.

It is not easy to make a country of 1.3 billion people accustomed to coins and cash give them up wholly—or even greatly— in favour of modern technological alternatives. From infrastructural problems to those of habituation, nothing short of an end-to-end revolution would be required. In this process of change, one should not be overly pessimistic or unduly hopeful. With an interested government and carefully designed communication programmes, the transition is possible. If carried out successfully, it will be one of the biggest such changes in the contemporary world.