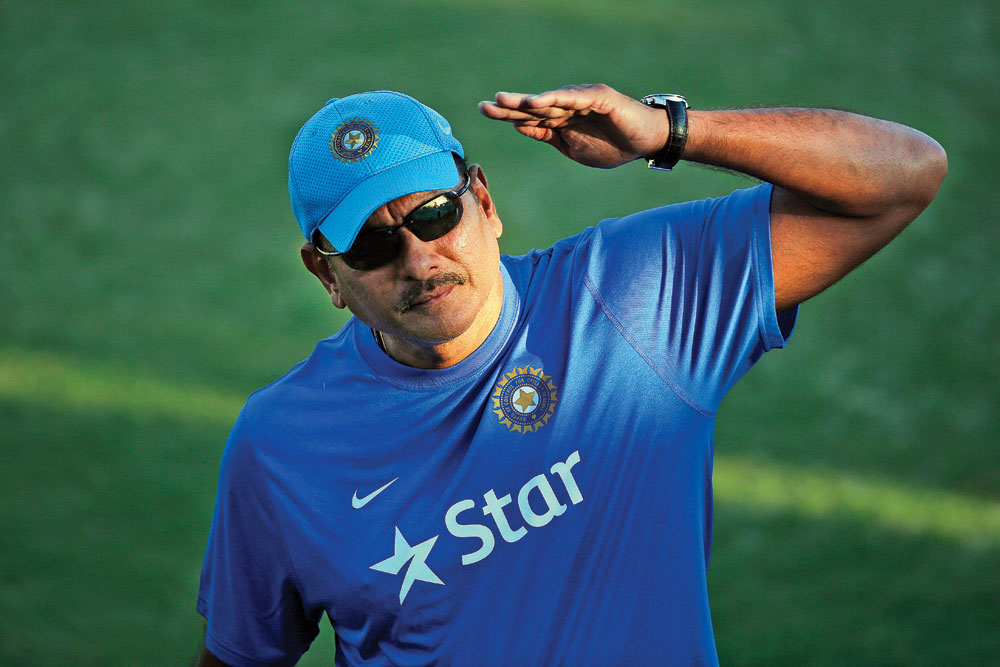 IT WAS EXACTLY a year ago in London that Ravi Shastri was pondering whether to apply for the Indian coaching job a second time. He had narrowly lost out to Anil Kumble in 2016 under not the most pleasant of circumstances and the scar still remained. Shastri, watching Wimbledon at the time, decided to throw his hat into the ring after Kumble left on account of a meltdown in his relationship with captain Virat Kohli.

A year on, Shastri is firmly in the saddle and will come back to England confident and hungry, marshalling the world’s best Test team. And Shastri, it is no surprise, sees this as an opportunity. Excerpts from a conversation with Boria Majumdar:

Coming at the back of the Test series in South Africa, India is hoping for a stellar show in England. How confident are you?

Very. I have always seen these tours as an opportunity. And that’s what I have conveyed to the players. They should look at the tour as a challenge to make a mark and enjoy the occasion. We played some excellent cricket in South Africa on wickets that weren’t the easiest and the approach will be no different in England. We have the team to do well if we play to potential.

You were in England all of July playing white-ball cricket going into the Test match in Birmingham. Unlike South Africa, this is reasonable preparation time.

Of course it helps. While I am not one to give excuses, time to adjust to the conditions does play a part and I am glad the BCCI has done it this way this time round. Some of the boys like Pujara and Ishant played county cricket while some others travelled with the A team, which should also help.

Despite Virat Kohli’s much-awaited county stint not happening, he should still have had enough time to get acclimatised and do well in the only country he hasn’t done well so far.

Virat is a quality player and a very good leader. If you see his performances in South Africa across formats you will see how good he is. He knows what to expect and I am sure will be ready for the Tests in England. Most importantly, he’s always positive—as I have said in the past. Even when the going was tough, like it was in South Africa on the last day of the third Test, Virat was confident of winning the game. His mindset makes a big difference to the team.

The team has a really good bowling unit. It won’t be unfair to say this is the best crop of fast bowlers we’ve had in a long time.

Absolutely. We have the balance in the bowling unit and that was evident in South Africa. For example, if we are given a green top by the English, we will relish it as much as they will. In Shami, Bumrah and Ishant, we have real variety and ability. We also have quality spinners and that makes us a complete bowling unit, which is so very necessary to win Test matches in overseas conditions.

Has this tour been a kind of dress rehearsal for the big prize, the 2019 World Cup, which will also be played in England? Have preparations for that tournament already begun?

Yes, we will be playing in the same grounds and conditions next year. So, yes, we definitely tried to work on our combinations while trying to win every game. We played excellent white-ball cricket in South Africa, and against England, which is a very good white-ball team, the focus was very much the same. But now it is time for the Tests and that’s what we are focusing on.

Cricket: Jewels in the Crown
A Score to Settle