As leader and finisher, Dhoni is a class apart 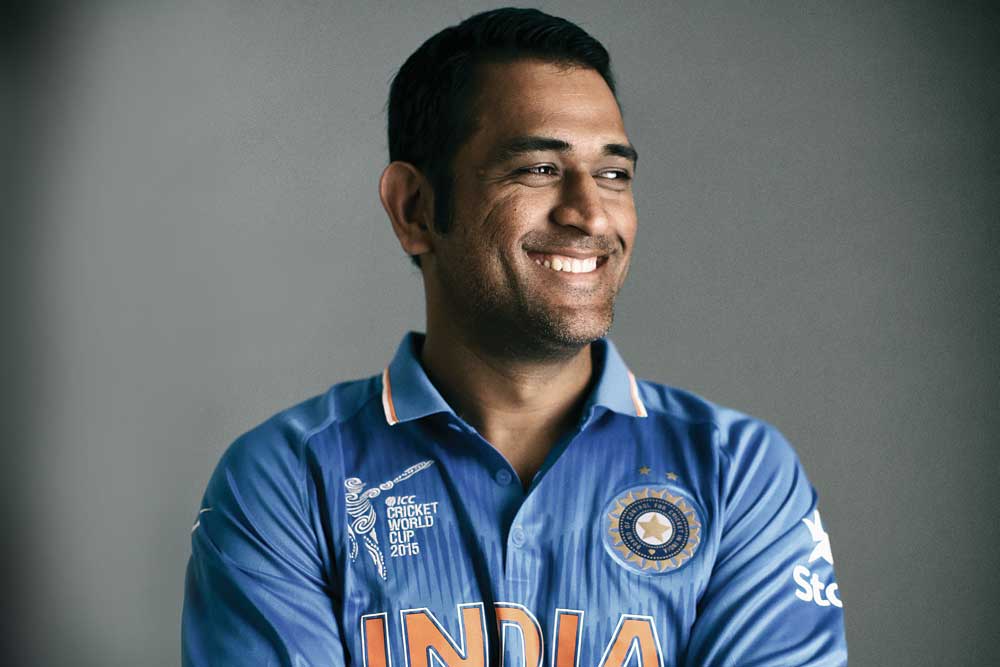 JOHANNESBURG. MUMBAI. Birmingham. It could be argued, and argued successfully, that herein lies Mahendra Singh Dhoni’s legacy as a leader. World T20. World Cup. Champions Trophy. The holy troika of international cricket. Dhoni, the only captain in the history of the game to win all three.

Johannesburg. Mumbai. Birmingham. Two ODIs and one T20. In each of these significant finals, it could be said with conviction that Dhoni, in his capacity as captain, influenced the result far more than any other player did with bat and ball. When all was nearly lost in Johannesburg, didn’t Dhoni toss the ball to unheralded Joginder Sharma to bowl the final over? When all seemed hopelessly in vain in Birmingham, didn’t Dhoni turn to a beaten Ishant Sharma to bowl the most crucial over of the match and also teach him where not to bowl? And when everything was yet to be won in Mumbai, didn’t Dhoni promote himself up the order to deal with the opposition’s most potent weapon, Muttiah Muralitharan?

The rest, as we know, is hysteria, three pieces of silverware and official photographs for posterity.

But do take a look at those official photographs. Those with Dhoni and the team posing under a shower of bubbly and glitter, and above a placard that reads ‘Champions’ in bold. For hidden within these mundane pictures are clues to Dhoni’s real legacy as a leader. If you know where to look, that is.

In the Johannesburg frame, Dhoni is third from left on the top row, a shoulder over Mane kaka, the team masseuse. Sharad Pawar and Lalit Modi are closer to the trophy than the captain is. In Mumbai, he can be found far left on the top row, his crouch barely making the frame. And in Birmingham, Dhoni is not in the frame at all. An obtuse shot of the same set-up shows that he’s in his usual position—far left top row, but hidden behind twelfth man Dinesh Karthik, who didn’t make the official photographer’s tight crop either.

The trophies tell you a little bit about Dhoni the captain. The photographs, however, reveal plenty about Dhoni the man, the leader. Like an actor with a keen sense of the stage, Dhoni too has no affection for the spotlight once the curtains drop. And like all great artists, Dhoni has dervish-like faith in the method, the process. Executed well, he believes, the results will invariably follow.

To find his legacy, hence, we gaze at the fringes. Towards two ODIs and one T20, played in inconsequential tournaments.

INDIA VS SOUTH AFRICA, Gwalior (2010). If you need one tale of how Dhoni was in awe of no man or moment, this ODI would be it. At the Captain Roop Singh Stadium, Sachin Tendulkar was on strike, batting on 198. Twenty-two yards away, at the non-striker’s end, stood Dhoni—relatively new as captain of the team, a position bestowed upon him on Tendulkar’s recommendation. The back story goes something like this. When Dhoni was just a wicketkeeper in the side, he would on occasion mask his face with his glove and whisper his reading of the game into first slip Tendulkar’s ear. This ability of Dhoni to assess a situation from largely inconsequential moments left a deep impression on the legend, enough for him to weigh in on an essential selection meeting.

Back to the game in Gwalior; 47.3 overs had been bowled and Tendulkar had already scored four runs more than any other man ever had in an ODI. But the spectators—in Gwalior and around the cricket world—held their breath for an even greater (perhaps the greatest) landmark: the first individual double century in one day cricket. When he drove Charl Langeveldt down to long-on for a single and got to 199, Tendulkar had 14 balls to get the next, all- important run. Dhoni, though, had a different agenda. He ended up facing 13 out of those remaining 14 balls. Out of choice.

In the previous game, the first match of this ODI series in Jaipur, India had posted 298 batting first and had won the contest by the narrowest margin: one run. In Gwalior, therefore, the captain was in no mood to run the risk of not having a large enough total to defend, especially for the sake of an individual and his milestone— however mythical both may be. Next ball, Dhoni rejected an easy single. And after that, the last ball of the 48th over, Dhoni stole a run and retained strike. The first five balls of the next over, bowled by Dale Steyn, Dhoni cracked 16 runs: two sixes and a four. And off the final ball of the over, despite the roar of outrage from the crowd, Dhoni ran a single and kept strike for the final over of the innings.

Each day is different. I always tell the team that today somebody will be a hero. You have the chance, go and take it

Excruciatingly, Dhoni thumped the first ball of the 50th over, bowled by Langeveldt, into the now mute crowd for six. He would’ve crossed the ropes next ball as well, but a diving outfielder and an unresponsive Tendulkar kept his effort down to one. Now Tendulkar got what he was looking for—the run to take him to 200. Then Dhoni got what he was looking for—two fours from the next three balls to take India past 400. In pressers, captains often say the team is more important than any individual. Dhoni put it all on the line to prove it.

AUSTRALIA VS INDIA, Adelaide (2012). No Indian captain has caused more turbulence in the system than Dhoni with his bold, sometimes downright insensitive, decisions. In 2008, less than a year after having assumed captaincy in the shorter formats, Dhoni disposed of three legends, Sourav Ganguly, Rahul Dravid and VVS Laxman (none of them made it to the 2011 World Cup), replacing them with younger, faster, hungrier greenhorns. Four years later, during the CB Series in Australia, Dhoni went public about his dislike for fielding three more legends together—Tendulkar, Virender Sehwag and Gautam Gambhir. Dhoni felt that all three were too slow for the modern game. “Once the ball goes to them, Australians and Sri Lankans (the other teams in this ODI tri-series) will try to exploit the doubles or three runs,” he said in a press conference, much to the shock and pleasure of us journalists. “It will affect our fielding in a big way, which means there will be more pressure on the batsmen to score those extra 20 runs.” So, to save those 20 runs, Dhoni took the widely unpopular call of rotating out one of Tendulkar, Sehwag and Gambhir from the playing eleven. On this particular Sunday in Adelaide, it was Tendulkar’s turn. So, for the first time in his two-and-a-half decade career, the unthinkable happened. The undroppable had been dropped.

Now the pressure was on Dhoni to prove he was right. And on Sehwag and Gambhir to prove him otherwise. In the chase of 270, Sehwag was dismissed for 20. Gambhir, on the other hand, anchored the innings with 92 and by the time he was out in the 35th over, India were cruising towards an easy win. Yet, somehow, he found himself complaining in the presser about why Dhoni didn’t wrap up the win earlier than the final over of the day. The reason was obvious. Dhoni, having batted through the death overs, had faced 55 balls without hitting a boundary. But Dhoni will be the first to tell you that it was part of his masterplan.

“My aim is to leave [the big shots] till the bowler and me are on level ground, that is to the point at which he is under as much pressure as me,” Dhoni told Mark Nicholas in a fascinating interview, published by All Out Cricket. This, then, is how Dhoni reads the game. Cricket, at any given point, is a one-versus-eleven battle. Dhoni had found a way to reduce the equation to a one-versus-one stand-off. “Then we see who can handle it.”

Let’s put it this way: Clint McKay, the Aussie pacer bowling the final over of the match on this particular evening, wasn’t the one to handle it very well. With 12 runs required of four balls, McKay erred in length and Dhoni carted the error into the stands for six. It was his only boundary-scoring shot of the day. McKay even had Dhoni caught off the next ball, but it was a no-ball. India won with two deliveries to spare. In Dhoni, a finisher was born. As for Sehwag, Gambhir and Tendulkar, the end was nigh. None of them made it to the 2015 World Cup.

ENGLAND VS INDIA, Birmingham (2014). Another Dhoni gem from the Nicholas interview: “Each day is different. I always tell the team that today somebody will be a hero. You have the chance, go and take it.”

More often than not (a pet phrase of his), the hero was Dhoni. Between 2012 and 2014, Dhoni had transformed into the best finisher the game had seen, a far cry from his reckless slogger days. In a tri-series final in Trinidad, Dhoni calmly batted with the tail for close to 80 balls, almost as calmly knocking off the 15 runs needed to win from the final over with only one wicket in hand.

So firmly entwined were these two great facets of Dhoni’s game, leader and finisher, that a snap in one was sure to weaken the other. Finisher Dhoni snapped first. Of all places, in Birmingham. For a while, though, even with 17 runs to get from the final over of this T20, everything was going according to plan. Finisher Dhoni’s plan that is.

The first ball of the last over, bowled by England’s Chris Woakes, was hoisted into the terraces for six. Two runs from the next ball and Dhoni retained strike. So far, so good. Then, with nine runs to get off the last three balls, Dhoni refused his non-striker an easy single, something he was prone to committing in the past while rallying the tail. But this time all hell broke loose. Why? This non-striker was Ambati Rayudu, a pure batsman, wholly capable of a big finish himself. India lost by three runs. Yet somehow, it felt like only Dhoni had. It was a premonition of things to come.

To perhaps allow his role as a finisher to flourish, Dhoni has resigned from captaincy—putting a punctuation mark to the team’s most sincere era of leadership. His trophy moments will always be remembered. But his legacy by the nook of the frame mustn’t ever be forgotten.