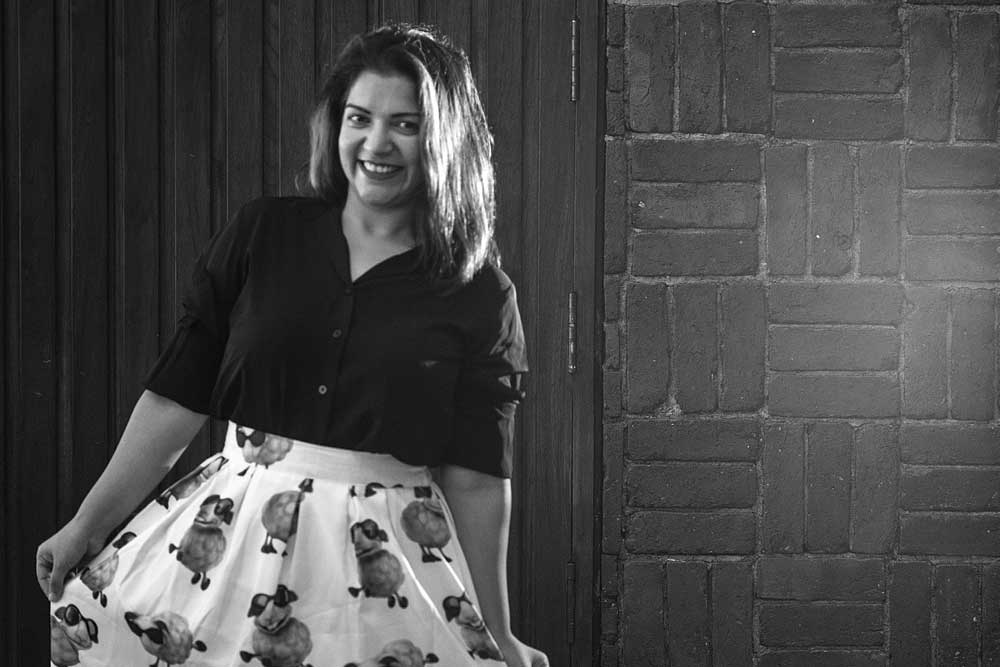 “COMEDY IS ONE of the strongest forms of dissent,” she once said. It was, therefore, dissent itself when Aditi Mittal bagged a special show, Things They Wouldn’t Let Me Say, on Netflix. We must acknowledge that edging the gender angle into happy stories such as this is tedious at times. I am certain Mittal would rather be a comedian instead of a ‘female comedian’. But we still live in times where gender matters. And that is why Mittal’s Netflix show is important, especially when the channel’s rival Amazon Prime has signed up 14 male comics.

In a culture where women are made fun of, rather than internalising that they can be side-splittingly funny, Mittal is part of a talented crop of comedians who are thriving in the English comedy circuit. We chat about this over Skype— her in Mumbai, me in Bengaluru. She has just returned from her first capoeira class. Her almost-rainbow coloured hair seems to glow on the computer screen. The Netflix show is obviously a peak in her career. She is thrilled, but has also imagined every scenario that could lead to its cancellation.

But let’s cut to 2008. The production company she was working with in the US had shut shop and she was back home in Mumbai. “I happened to wander into an open mic night, saw a couple of people doing these things (stand -up comedy), and I was like, ‘This looks fairly simple’,” she says. Her first attempt was met with silence, except for a laugh or two for some Punjabi joke she had in stock, thanks to being half-Punjabi herself. “I loved the sound of those two laughs. I got so addicted to that feeling,” she recounts. It helped that she’s been a “bit of a nautanki” since childhood. Her initial interest was television, and she did the rounds—waiting for hours to face up to six auditions a day for random roles. She made her living writing about food for a magazine. She continued with open mic nights for two more years before she got her first paid gig.

“I was at the right place at the right time to a large extent,” Mittal admits. The comedy scene in India was growing fast and she was there to catch the first wave. Opportunities arose to perform abroad, including a show with BBC (a documentary on stand-up comedy). There were several corporate shows in the interim where her gender and the way she looked were deemed more important than her talent. “Now, there are things I can put my foot down about,” she says.

She noticed the biases, the sexism in the entertainment industry and the resistance to women doing comedy. This was not when she started out, but much later, after people began noticing her work. “Stand-up is a very lonely profession. You have a thought, you write the thought, you express the thought, you perform the thought. It is you and your thoughts in these four processes. In that way, it is one of the purest art forms. And that can seem a little lonely, especially in an environment where you are presented with active resistance to what you want to say. But with distance [from these things], you become free,” she says.

The future of comedy is empathy. When it includes thought processes from everyone, it will be truly potent, truly effective

Predictably, an older man asked her who would marry her if she stuck to saying the things she did. Berating comedians —especially women—about prospective husbands and in-laws springs from our culture’s sense of purported ownership over a woman’s body and life choices. But Mittal has found support from women in her audience. She says, “I get very excited when people are like, ‘My mom loves you’. I am a sucker for when it comes to parents.” An aunt, who she now calls her mother, raised her. “A part of me will always die for her approval and that is where my desperate desire to connect with older women comes from,” she adds.

Speaking about comedy as work, she says, “I realised that for any woman working in a male-dominated environment, we are going to be inconvenient. I am okay with that. I am not here to stir shit up, but I am [also] not here to be quiet. I am now in a position, more than ever, to keep my mouth shut. But it is time to speak up as well.” Mittal has spoken about desexualising herself on stage— because she “didn’t want my sexuality to be there” and that she “just wanted to be funny”.

Her various navigations have birthed two immensely popular characters—Dr Mrs Lutchuke, modelled on her sixth standard Marathi teacher and a college bestfriend’s grandmother, and Dolly Khurana, modelled on an aunt who moved from a small town in Punjab to Mumbai. “To see the way [my aunt’s] mind was processing our life in Bombay was one of my greatest learning experiences while growing up,” she says. Both allow her to say outrageous things: the former comments on sex, while the latter is nonchalant about social issues like foeticide. “Characters are basically foils. [You] nicely wrap up in a foil through which you can speak,” she says.

Given the current political environment in the country, I ask Mittal about the future of comedy. Will we ever see political commentary humour shows like those hosted by John Oliver, Trevor Noah and Stephen Colbert? In India, she says, channels cater to the lowest-common denominator because it is the easiest way to get large numbers. “In terms of political commentary, if an Indian reflects on India the way John Oliver reflects [on the US], a lot of our self -respect, confidence and ego as a nation will come into play. It will be interesting to see how we take someone talking to us, even talking down to us,” she says. Speaking about the diversity in the country, she says, “The future of comedy is empathy. When it includes thought processes from everyone, [that’s when] it will be truly potent, truly effective. Comedians of the future have to be very, very empathetic—very, very ears-to-the-ground.”

Mittal is often hilarious on social media.She has spoken of how exhausting it can be to be funny across platforms, but admits that she probably wouldn’t have had a career if it wasn’t for social media. “I don’t have a conventional TV face, neither do I say TV-friendly things,” she says. While millennials might be thrilled about her Netflix show, her parents are less enthusiastic. Her brother knows it is a big deal. Her father isn’t clear what Netflix is. When she told him that it was like the Star Plus of the internet, he asked her if she would be on Star Plus. Her mother does not care. “[She will probably be impressed] if I do something substantial like clean my room or switch off the fan every time I leave the room,” Mittal says.

So what can we expect on the show? “You can expect laughs. You can expect to improve your Vitamin D level. I am not going to lie, it might help you lose weight. It’ll smoothen your hair cuticles,” she says. We both crack up and agree that she should probably put that in her description of the show, which, for now, reads, ‘Trailblazing comic Aditi Mittal mixes topical stand-up with frank talk about being single, wearing thongs and the awkwardness of Indian movie ratings.’ We’ll have to wait till July 18th for the laughs. 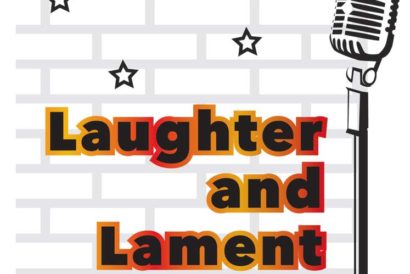 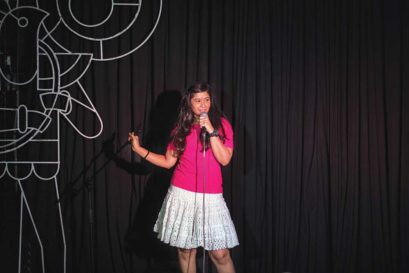 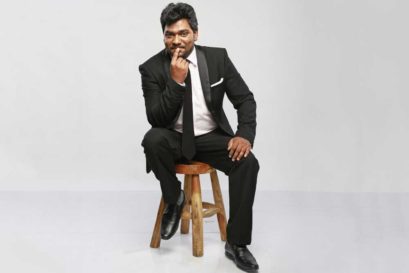