Want to impress a hotshot client? How about a White woman in a business suit? Business accessories that can seal your deal: blonde hair, blue eyes. Welcome to the rent-an-international employee service. Call now. 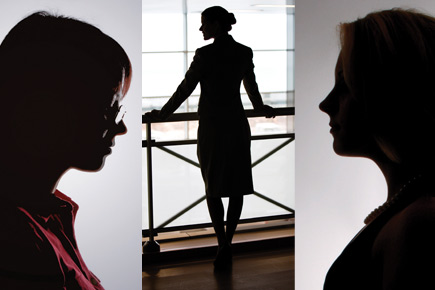 
White people are quite the rage now. We want them in our movies. In our advertisements. In our clubs. At promotional events. Some of us even want them to dance at our weddings. Not to mention, cheer at the Indian Premier League.

So what’s new, right? The Indian obsession with White people, more so with the White woman, is as old as the East India Company. But the centuries-old hangover just got a new twist.

White women are now being hired by some businessmen to be flaunted, as if they were business accessories, at meetings with clients. Foreign interns in the Capital are being offered money by some Indian companies just to show up at business conferences and meetings in order to sell a make-believe ‘international image’ of themselves.

Jacek (last name withheld on request) is a Polish freelance journalist based in Gurgaon. His website, a one-stop guide for expats in Delhi, carried an intriguing piece of news two months ago. An Indian friend of his had asked him to help find a couple of  ‘international girls’ for a weekend party. No breaking news this. It is quite routine for party promoters and sponsors to hire ‘international girls’ to serve drinks and play hostess.

Then the post on his blog (butdifferent.wordpress.com) got really interesting: ‘…giving away shots of vodka in the sponsor’s (often ridiculous) costume maybe actual work, but can we say the same about “being and looking good”? How about attending business meetings with some company representative pretending to be an employee (although with no right to speak whatsoever!), which is supposed to “increase company’s prestige” and maybe “boost sale results”. And how about hiring “international employees just to sit in the office” and “create international environment” for other employees?’

Meet Kasia Kowalska (name changed on request), 21, a Polish national who works in a Gurgaon-based public relations company. Kowalska, who already had some experience with doing promotional events on her spare time, was contacted by an events management company in early December, asking her to attend a business conference. It is not uncommon for foreign interns to take up part-time jobs to make extra bucks.

She was paid Rs 2,500 to accompany the managing director of an advertising company to a business conference where she was introduced to people as his ‘Polish business partner’. The proposition doesn’t seem to have surprised Kowalska too much. To her it is just another facet of the Indian mentality that is willing to pay White people just for their company at social dos or clubs. And businessmen, for their part, don’t seem to have had any hesitation in communicating their requirement on how to commit fraud.

When she arrived, she was given visiting cards of the companies she was ‘representing’ and briefed about their background. “They wanted me to dress in black and wear a red scarf. I didn’t have clothes to match. So I told them I could wear a business suit and they were okay with it.”

And so Kowalska attended a one-day conference on outdoor advertising attended by some 300-odd delegates, whom she says included people from the media and the government of Delhi. She smiled, shook hands and spoke in vague terms about advertising. The scam was sold. The advertising company went on to offer her $800 a month to carry on the con job on a regular basis. Her presence must have sealed some deals for the company that day.

She was told that “taking a guy in a suit wouldn’t be that interesting”. But in her case, people would approach the party “just so that they could shake hands with her”. There is no room for coyness in this business. There is money to be made. Sexism be damned.

The other big reason why a White woman makes a good business statement: “They believe that if you have a person of white complexion, then the company can afford to hire someone from Europe, which is assumed to be expensive. So the company must be prosperous. And so everyone believes that the company is doing well.” No kidding. For crash courses on racism and fraud, apply now.

As Open would discover, the process of hiring a ‘European woman’ to take to business meetings is discussed in much the same way as, say, hiring a receptionist for a company. A 21-year-old Russian intern who agreed to pose for Open as a potential candidate was briefed in very clear terms about the job profile and rates of payment.

The events management company told Sveta Petrovox (a pseudonym) that she would be required to accompany clients to business meetings to “portray that the company is an international brand and that they have employees from different countries”.

She could make anywhere between Rs 1,200 and Rs 4,000 depending on the company and assignment. And up to Rs 60,000 if the company hired her for an entire month. If she brings her friends along for an assignment, each would be paid an extra Rs 1,500.

When Petrovox enquired about the kind of girls they were looking for, the voice on the other side said, “Basically, they have to be eye candy. We are looking for girls from the UK side.” Turns out, it is not enough to be white-skinned and blonde, you also need to have the right accent. East Europeans may not always make the cut.

Here is a little snatch of the conversation that Petrovox had with the managing director of the events management company.

“Can I bring my Asian friends?”

“I have a Chinese friend.”

Petrovox pressed on, “I also have African friend. How about her?” At which point, he seems to have a rare moment of decency. He hesitates to answer. And then distances himself from the logic of the selection: “I am only the mediator. I will send the photos. They will decide.”

Before the conversation concluded, Petrovox was asked to mail him her ‘profile’, which means: “A brief introduction about yourself, nationality, height, vital statistics and two photographs—close up and full length.” Lest there be any doubt what the job is for.

The rent-a-business partner/employee job, however, is a lot less lucrative compared to promotional jobs or hostess jobs offered to foreigners at parties and social events, which pay Rs 1,000 an hour. So the party scene continues to be where the money is.

And then, there is the other scandal. Of hiring international interns as purchases to enhance office decor. Subtlety is alien to Indian sensibilities. We don’t make apologies for our bigotry. We wear it on our sleeve.

We prefer in-your-faceness. A rude lesson that  Angie Silva, a 23-year-old student from Australia, had to learn during her six-month internship with an American real estate franchise.

Of Portuguese descent, Silva has brown hair and olive complexion. “My boss actually told me he would pay me to dye my hair blonde as he believed I would sell more franchises this way. Of course, I refused, but I felt quite disgusted that my sales ability was being judged according to the colour of my hair.”

Her boss and colleagues made it quite clear to her that the intern from the Czech Republic, who had white skin and blonde hair, had been a better investment. “I remember when I arrived at my job in India, I felt like the other employees, and my boss was a bit disappointed with the look of me, saying that I looked Indian.”

There is also a feeling among interns that they are used mostly as “show ponies” to be paraded in front of clients and at promotional events. Silva and the two other interns would be paraded each time a client came calling. “We were constantly asked to come to meetings when a potential client was visiting the office, merely to introduce ourselves and say which country we were from. We were even asked to lie about our previous experience in our home countries.”

Yash Garg is vice-president of Aiesec, a well-known student-run international placement organisation. He is in charge of corporate placements in Delhi. Garg says companies are looking for “international branding” when they place a foreign intern in their company. “There is a general perception among Indians that white-skinned people are superior. And sometimes that is the reason why a company hires an international intern. But not all companies do that, one in 15 perhaps. And such companies tend to hire the interns for shorter durations.”

It is mainly public relations and marketing companies that are most likely to be keen on the ‘white skin, blonde hair’ profile, says Garg. And most companies want an intern from ‘Europe’, he adds, “Sometimes, companies opt for an international intern because  they want to experience what working with them is like. Those are the times when they are partial to Whites.”

Jacek is employed with a consultancy firm. While he got lucky with his internship, he says it is the smaller companies that are happy just to have foreign interns sit around in office without any substantial job responsibilities because the idea is “to look cool and show that they are doing well enough to have foreigners”. This, in spite of the fact that Aiesec interns are paid a Rs 15,000 monthly stipend by the company.

Says Jacek, “One of my friends who joined a small interior design firm was given a choice of ten different visiting cards, each with a different work title—marketing manager, sales manager, etcetera—and asked to choose one. And now she works more or less like a personal assistant to the boss, doing everything from assisting on shopping trips with his family to choosing upholstery for his new BMW. But she didn’t come here to be a personal assistant, she wanted marketing.”

So where does all this leave the much-hyped idea of ‘Brand India’?. “Some of us want to come back and do business with India. When I go to a company and I see a room full of computers and employees, I might wonder if it was all rented for one day. I guess, anything is possible. You wear smart clothes, print a business card and take a White hostess, and you are a company. For me, it leaves a bad impression,” says Kowalska.