Ever since India lifted its cap on royalty outgos, MNCs have been squeezing local subsidiaries 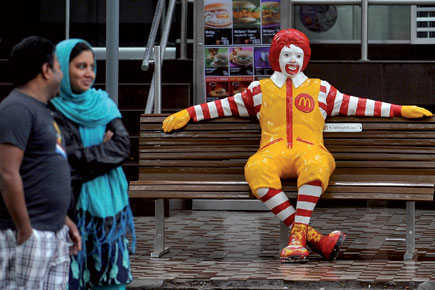 Ever since India  lifted its cap on royalty outgos, MNCs have been squeezing local subsidiaries


The assembly-line burger chain McDonald’s has left Vikram Bakshi with a bitter aftertaste, at the core of which may be an issue sandwiched in obscurity: royalty payments to foreign principals. For almost two decades, Bakshi has led Connaught Plaza Restaurants, a 50:50 joint venture with McDonald’s Corp of the US that operates its fast-food outlets in north and east India. In July, accusing him of financial misdeeds, the US firm tried to oust him from his job. In his defence, Bakshi claims innocence and alleges the company is trying to bully him out of his stake in the JV so that it gains full control. “Ending the JV is a rational business decision [for McDonald’s] to maximise revenues,” says Sriram Subramanian, founder of InGovern, a corporate governance consultancy, but adds that “things would have looked better settled amicably.”

Globally, McDonald’s Corp operates via franchise deals with sundry local businessmen who run outlets as little businesses of their own, paying the principal a royalty for the privilege of using its brand and systems. In India, oddly, it had two half-owned JVs instead. Connaught is one. The other was Hardcastle (for its west and south outlets), in which McDonald’s Corp sold its stake two years ago to the local partner and enrolled it as a franchisee that would raise its royalty payment from 3 to 8 per cent of net sales over a few years. Observers suspect the US firm would like to extract the same cash of Connaught Plaza.

That would be in line with a trend seen across multinationals operating in India—which is now big enough as a market for them to count on for money. Ever since 2009, when India’s Government lifted its cap on royalty payments to foreign principals, MNCs, under pressure because of the global slowdown, have sharply been raising the sums of money they demand of their Indian subsidiaries for the use of their brands, knowhow and suchlike.

According to Institutional Investors Advisory Services, the quantum of such payments—including technical and licence fees—has more than doubled since 2008, with the top 25 firms listed on stockmarkets here having paid the equivalent of a quarter of their profits as royalties in 2011-12. Since this payout is counted as a cost (like any other expense), minority shareholders in India feel cheated: had royalties been less, local profits and dividends would be higher.

According to Lalit Kumar, partner with Jyoti Sagar Associates, a law firm, instead of a fixed percentage of sales, it may be fairer for subsidiaries to pay on the basis of a gradation scale that “links royalty to different levels of sales that such knowledge transfers help achieve”.