Thumbs Up for Shareholder Activism

Under the new Companies Act, shareholders can haul errant companies to court in India 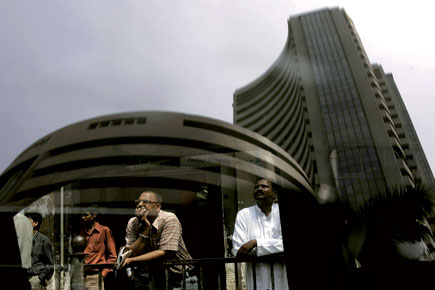 Under the new Companies Act, shareholders can haul errant companies to court in India


Small shareholders in Indian companies have had a bonus handed out by the Companies Bill 2012 that awaits a presidential nod to become an Act of Parliament. On paper, their stature has been enhanced. Instead of helpless spectators, they can soon be active watchdogs of the companies they own part of. The Bill has a provision for class action suits to be filed against errant firms. This gives stakeholders a legal right to collectively voice grievances against the management on failures of corporate governance and suchlike.

If shareholder activism begins in India, it will “force corporations to reckon with the collective force of shareholder power” says Deepak Kapoor, a corporate lawyer, “thus making Indian companies behave with a lot more responsibility and transparency”. The intent of the policy is “not only to stop gross examples like Satyam Computers” says Vivek Sharma, executive director at Ernst &Young, but ease the prosecution of “any breach of legal obligations by the management”. This means that not only will financial irregularities (as committed by Satyam’s promoters) land top executives in the dock, says Sharma, but also the flouting of other laws that shareholders object to.

Class action suits are legion in the US, where one such against Microsoft is in the news. Last week, small shareholders sued Microsoft for hiding from them the poor sales of its Surface RT tablet that was launched late last year. What the defendant knew but failed to disclose was that ‘Microsoft’s foray into the tablet market was an unmitigated disaster’, claims the lawsuit, arguing that this has adversely affected the judgment that shareholders exercise in deciding to stay invested or sell their holding.

According to Veluvali Parimala, assistant professor at Symbiosis Centre for Management Studies, Pune, raising the awareness of Indian investors so that they insist on high levels of transparency “would require a parallel campaign by regulators and the Government to educate small stakeholders on how they can use their new power [under the Act]”.

But the money needed for class action suits could still hold back Indian shareholder activism. Unlike in America, where law firms bear the trial costs of shareholders so that they get part of a financial payout if they secure a victory, Bar Council rules in India do not permit such a ‘success fee’ on the argument that it could be misused as a tool of blackmail. Even so, Indian shareholders do need to turn active, even if it raises the expenses of their own companies that are forced to buy insurance cover—as in the US—for potential payouts.