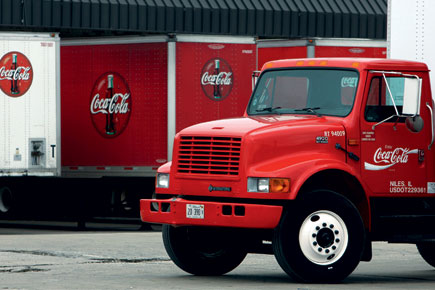 
No brand salience, no bottlers, no signboards, no TV commercials—and temperatures of 42º Celsius. That was the long and short of The Coca-Cola Company’s existence in the Indian market before 1993, the year of its return after its ejection in 1977. It made headlines across the world at the time. The firm had refused to dilute its equity here by taking on local shareholders, preferring to exit instead. By the time of its second coming, though, its international archrival PepsiCo had already stolen a lead. Buying Parle’s bestselling cola brand Thums Up was its best option to make up for all the lost time.

All that seems like ancient history now. The Atlanta-based marketer of fizzy beverages has fought cola war after war with PepsiCo to regain the space it believes ought to be its. The company has done well over the past five years in India, but it could still do a lot better. To that end, it plans to invest an effervescent $5 billion in this market—upped last fortnight from $2 billion earmarked last year—over the next eight years. This would be more than twice what it has put in over the past 19 years. According to CEO Muhtar Kent, it’s an exercise in “staying ahead of the curve”.

India offers vast opportunity, no doubt. The market’s per capita consumption of soft drinks is abysmally low, at about an annual 6 litres, against the world average of 85 litres. “With the West’s markets now saturated,” says Ombeer Tyagi at Assocham, “Multinational corporations like Coke are expected to devote more of their resources to emerging markets that offer potential for the next 50 years.”

But what if the market shifts? PepsiCo, led globally by Indra Nooyi, a CEO of Indian origin, has bet on a consumption move towards relatively healthful food products and beverages. Even in India, it wants to ‘change the game’ and not play by the rules that Coca-Cola sets for the market. By 2021, PepsiCo expects half its revenues to come from emerging markets, up from about a third right now.

Ombeer Tyagi believes that Coca-Cola should be investing its $5 billion in product innovation, especially in wellness-related product ideas, apart from its marketing and distribution efforts.

That may be so. But then again, there are many market watchers who expect the company’s original ‘secret’ formula—and brand idea—to prove good enough for the long haul. Coca-Cola is positioned as ‘the real thing’. And as its current campaign on Indian television notes, temperatures do touch 42º Celsius, and for millions of people in vast parts of India, there is often no other respite.