The Economics of Bailouts

Given how precarious banks’ own finances are, perhaps it’s time to think seriously about bailout options for companies. 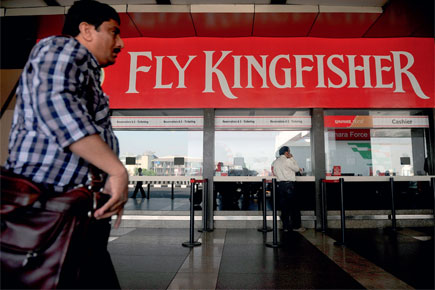 Given how precarious banks’ own finances are, perhaps it’s time to think seriously about bailout options for companies.


The government has just said that it will not bail out Kingfisher Airlines, which is strapped for cash, and reeling under huge losses and a large burden of debt. However, its 13 lender banks are still inclined to somehow save the company. Critics have argued that this is not acceptable, as most of these banks are State-owned, and they have already incurred large losses after they converted Rs 1,300 crore in loans to the airline into equity (a mix of ordinary and preference shares) in December 2010. These banks got about 150 million Kingfisher shares at a rate of Rs 64 per share. Since the airline’s stock has crashed since, the value of this has shrunk by over Rs 600 crore.

What opponents of a banks-led bailout fail to understand is that such a move is as critical for the lenders themselves as it is for the company. Here is why. Given India’s slowing economy and the global turmoil, several sectors in the country, like mining, steel, aviation and capital goods, are in trouble. Many companies, including big ones, could end up defaulting on their loan repayments. If this happens, Indian banks, especially

State-owned ones, will be saddled with huge non-performing assets (NPAs—bad loans).

Already, in the second quarter (July–September) of this fiscal year, the banking sector’s NPAs have increased by Rs 1 lakh crore. State Bank of India’s level of bad loans has risen from 3.3 to 4.2 per cent of all assets—loans, that is—in this period. If this trend continues, the banking sector’s overall NPAs could touch a high of 5-6 per cent within a few quarters. This would be a big blow to Indian banks and the wider economy. For, then, the Government will surely have to bail out these banks, which will need to be re-capitalised just to cover bad loans, let alone expand.

Therefore, any Central Kingfisher decision will serve as a precedent of sorts on whether these banks opt to revive a moribund company, or let it go belly-up. If it proves to be the former, then banks might go ahead and offer similar lifebuoys to other corporate borrowers that are (or may end up) in trouble. If it is the latter, then banks will fear a further downgradation of their ratings, as has happened in the recent past. In such a case, government finances will go for a toss, as it will need to pump huge sums into banks, which will adversely impact the fiscal deficit and inflation scenario. Perhaps a quick bailout needs to be given some extra thought by those looking at the big picture.