It was a sad day for music fans when WorldSpace closed its India operations in 2009. Thankfully, it wasn’t just another job for some of its employees—they are set to revive the service 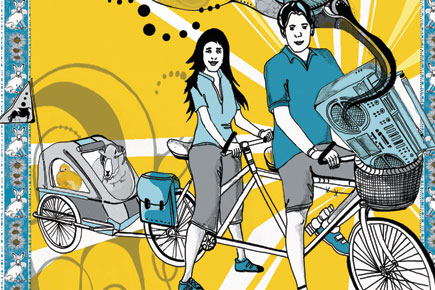 It was a sad day for music fans when WorldSpace closed its India operations in 2009. Thankfully, it wasn’t just another job for some of its employees


The rumours had begun two weeks ago, but few employees believed that WorldSpace radio, which had acquired a dedicated audience, would really shut down. Then, even as the company’s subscription teams continued to aggressively sell years’ worth of prepaid listener packages, the rumours were confirmed: 31 December 2009 would mark the end of the WorldSpace era in India. The financial troubles that had plagued the parent company in the United States made the India operations untenable.

The end was emotional. The company had built an audience of over 400,000 Indians in a decade, of whom 175,000 listened to the service over dedicated WorldSpace receivers. Each listener earned the company Rs 150 a month, which translated to a minimum of Rs 31.5 crore a year. According to a former executive, it owned over 500 hours of original music recorded in-house; singers and musicians were invited to perform at a WorldSpace recording studio.

The work involved in cutting deals with several record labels had not been easy. Neither were the attempts to fill in gaping holes in the catalogue. Velu Shankar, who handled programming from 2004 to 2008, nostalgically described how forgotten music was found in private record collections. Programmers were guided for three months to half a year, and were then left to programme channels by themselves, barring weekly programme schedule meetings.

When the time to leave came, few were keen on departing. Shankar, who is no longer with the company but remains in touch with people there, says that the company’s air of freedom and attention to proper curation of content kept employees faithful and attrition rates low. Seetal Iyer, who was head of programming when WorldSpace shut down, says they held a roiling meeting soon after notice arrived. A decision to start a new company was made. There would be pay cuts.

In the days that followed, World- Space’s recording equipment was locked down as it filed for bankruptcy, and subscribers expressed shock at its sudden demise and anger at what they perceived as blatant fraud: subscriptions had been issued even in the week before operations were wound down. There was no news of refunds.

In March 2010, Iyer and four others incorporated Timbre Media Private Limited. The company’s aim was to provide the service that WorldSpace had, but on a number of platforms, instead of the two that WorldSpace had employed— simply a physical receiver and direct-to-home. This decision came out of the realisation that the cost of transmitting data had fallen and Indian media consumption patterns had changed. Also, exempt from the limitations of the satellite beam that restricted them to only 40 channels without compromising quality, they could now do more.

In addition, another business plan began to emerge. The new service, which will also be called WorldSpace (the name was leased), will be offered to retail outlets as a curated music package. In effect, the company will charge retailers for its curative abilities, and leave the retailer to deal with royalties. (Iyer says the company may now have an easier time with music labels because it is now partly owned by media company Saregama.) In addition, the 10 per cent stake it has sold to Saregama gives it access to the world’s largest Indian music catalogue.

Adarsh Gupta, Saregama’s business head, says this was a step towards Saregama’s aim of becoming a digital company “like Hungama” and be in “the Hungama space”. Since the days of WorldSpace, he says, “mobile radio had become massive. You have to give people radio by choice”. In WorldSpace’s earlier avatar, this was not always a matter of choice. For example, Shankar says, the company had considered making the service available on car radios, but the cost and permissions required to install citywide ‘signal boosters’ made it prohibitive.

Iyer says the company is in talks with a mobile operator now, and expects to begin the service in September. The company has already struck a deal with a radio station in West Asia; the station will carry programming to the Gulf’s large Subcontinental workforce.

“Although I’m no longer with the company,” Shankar says, “I believe there is a viable market. Even when the company shut down, I was bullish on it.” A large number of his peers have stayed on to see this venture through. “It’s a big vote of confidence. What they’re saying is, they believe in this venture.”