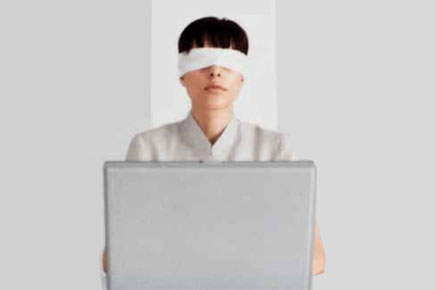 
While the Internet transforms many people’s lives, the disabled are often left behind. For the visually handicapped, looking up government and corporate websites is still very challenging—there are hardly any audio cues that help them navigate these. “Even government websites, via which information on jobs, facilities and welfare schemes are put out, it is ironic that though they are empowered with access to laptops and computers, they cannot ‘read’ the information as they run into literal blind alleys,” says Anuradha Biswas, who heads Prakat, a software testing company that is educating corporations and governments on how to make their sites more widely accessible.

Prakat has teamed up with a Bangalore-based NGO, Mitra Jyothi, that works with the visually impaired to help analyse and test deficiencies. Biswas got the idea after noticing several visually challenged youngsters taking up jobs in ITeS companies and the corporate world. Prakat has even employed a visually handicapped person to pinpoint such shortcomings in many of its projects.

To enable the visually handicapped, there are many software programmes available off the shelf that read aloud text on internet and mobile applications. But that alone is not enough to help them navigate sites. The software has to be built specifically for them. For example, when a visually able person opens the Indian Railways website, s/he generally ignores such lines as ‘Welcome to the Indian Railways website’ and straightaway scrolls down to click on ‘Trains at a glance’, ‘Seat availability’ or other sections. But a visually impaired person with a text reader would have to suffer every word on the page as it drones on.

Labs like Prakat possess the technology to enable these sites in such a way as to ease sightless navigation, letting the user quickly access relevant sections of the site. Sadly, however, many government offices and corporations aren’t willing to invest in this. Popular perceptions that the blind don’t use computers may be partly to blame.

Even though web accessibility remains a global challenge, Biswas is not off the mark when she says, “India is far behind in creating standards, [enforcing] compliance and [meeting] requirements for the visually impaired when it comes to websites in the public domain.”

To address these shortcomings, she advocates a culturally specific approach. “Even in using Indian languages, we are far behind,” she continues. “These sites can be programmed with an option for Indian languages so that they have wider reach among the country’s visually handicapped… there are an increasing number adapting to technology like the internet.” For that, universality needs to become a core value.