A complexity theory perspective on the world’s current financial mess 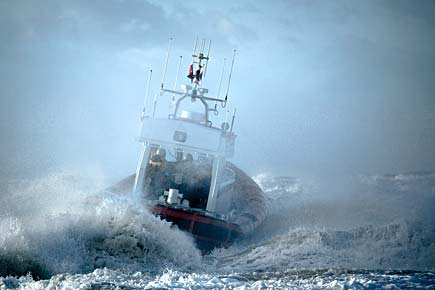 A complexity theory perspective on the world’s current financial mess


ONE OF the biggest questions of the day seems to be this: how come nobody saw the current economic crisis coming? Of course, the physicist Didier Sornette and his collaborators did suggest the likelyformation of a real estate bubble in the US as early as 2005. Nevertheless, beyond retrospective claims of its inevitability, it is safe to say that the current crisis has been unique in terms of the unpredictability of what lies next at any given point in time since Lehman Brothers went bust last year.

The problem has an aspect exclusively related to the very structure of international markets operating with extremely speculative financial instruments largely opaque in vivo in a strongly interlinked global economy. Discussions of this fundamental ‘opacity’ have been academic, with the lone exception of Nassim Nicholas Taleb’s book The Black Swan, which popularised the importance of rare events in financial theory.

Yet, one needn’t have been particularly insightful to have guessed that something like the current crisis was in the offing, given the increasingly interdependent and complicated nature of financial transactions in the current economy, managed more by computers than humans. Both the recent G-20 summit and the UN Commission of Experts on the current crisis (led by Joseph Stiglitz) have called for far greater regulation of hedge funds and derivatives trading, both heavily dominated by mathematical and computational traders.

As the truism goes, ‘complexity’ is extremely subjective. Yet, in the last 20 odd years, a large number of physicists and mathematicians have gone on to propose precise definitions of what one means when one terms a system ‘complex’. Qualitatively, all these definitions try to capture the following
features.

One, a complex system is often a collection of a large number of interlinked units co-evolving in time to produce phenomena no single unit could by itself. Think of how ants building an anthill—a single ant doesn’t have a blueprint or template in its ‘mind’, yet ant colonies together can and do spontaneously produce structures of enormous sophistication. Two, a complex system tends to amplify small disturbances in the environment. Conventional wisdom has it that if you perturb something a little bit, sooner or later, the system will come back to its ‘normal state’. Out-of-equilibrium behaviour, après conventional models, is only possible in the event of a large shock, not otherwise; yet the mathematics of complex systems tell us that even very small external disturbances can irreversibly change the course of how systems evolve in the future. Lastly and perhaps most dramatically, small external shocks to a complex interlinked system can make it completely unpredictable.

A famous example, thanks to the physicist James Crutchfield, quantitatively illustrates how the behaviour of a dripping faucet in your bathroom becomes completely unpredictable in a matter of minutes if your neighbour’s cat is prowling the apartment next door. Unpredictability is not something that is ‘one-off’—for most systems, it is an intrinsic feature. Complex systems evolve in a way that does not ‘merely’ put a limit on what we do know about them. The physics of these systems puts a limit to what we can know about them.

What complexity theory seems to be telling us is that even relatively simple instruments taken together in very large numbers can produce startling behaviour. Think evolution. Simulation aficionados know about a computer model called Game of Life, in which simple units evolving together via equally simple rules lead to surprising new structures, often reminiscent of living organisms.

The point here is that even if all complex systems—markets, human societies, you name it—evolved according to a single putative evolutionary theory, the lessons would still be unpalatable. Nature can afford to wipe out a species overnight with cosmic impunity as it were, yet a couple of more banks collapsing could spell doom.

By definition, regulations necessarily imply having a desired ‘final state’ at the back of the mind. The lesson from complexity theory is much grimmer: as long as interlinked economies qualify as a complex system, there’s simply no way we can predict precisely the outcomes of a given set of regulations—a consequence of history’s opacity, as Taleb calls it.

For the traditional economist, instability is always a result of a big external shock. For a complexity theorist, the shock is secondary to the structure of the system itself.