Life, Liberty and Luxury for All

Can a luxury market boom do starving Indians a good turn? It may just be possible in a few years 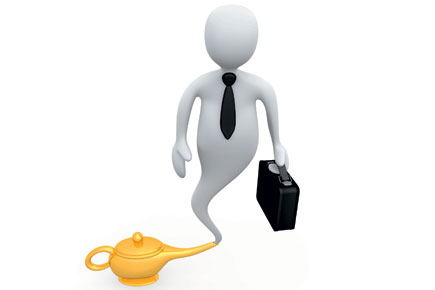 Can a luxury market boom do starving Indians a good turn? It may just be possible in a few years


Existence precedes consciousness. This seems true at least of the luxury market. It exists. But, here is the question, should it? In a country that ranks with sub-Saharan Africa on poverty? In a country of such appalling inequality?

One response is to deny that India is any worse off than others. With a Gini coefficient of 0.38—where 0 implies everyone earns the same, and 1 means one person takes it all—India draws level with the US on income inequality, and does better than China, which, with a figure of 0.42, has even fewer people earning most of the money. But this argument betrays a failure to see the Gini coefficient for what it is: a fluffy statistical toy stuffed with so much dodgy data that the truth has no choice but to elude it.

If a genie is to be conjured, it might as well be one who grants us three wishes. And since this is all in the realm of imagination anyway, Rawlsian principles of justice may not be too much to ask: ‘1) Each person has an equal right to a fully adequate scheme of equal basic liberties for all. And 2) Social and economic inequalities are to satisfy two conditions. First, they must be attached to offices and positions open to all under conditions of fair equality of opportunity; and second, they must be to the greatest benefit of the least advantaged members of society.’

Now, by the first principle, anyone who wants to live a luxurious life ought to be free to do so. Fair enough. By the second, everyone should get a shot at leading such a life, and whoever succeeds should do the poor a good turn in doing so. Can the luxury market do the poor a good turn? After all, what the luxury consumer and starved Indian have in common is this: they are both price insensitive. A Rolls-Royce buyer must get his dream wheels, whatever the price; a starved Indian must eat what he can, whatever it costs. The difference lies in what happens if the cash cannot be coughed up. And so it makes eminent sense to overtax one to underwrite the other.

A recent AT Kearney-CII report places India’s luxury market (including snazzy cars and real estate) at $5.8 billion in 2010. This is set to touch $14.7 billion in 2015. If a third of it is drawn as tax, it would mean $4.9 billion in the Centre’s coffers. This, alas, would not be enough to pay for its Food Security scheme even four years hence. An economic resurgence could turn the numbers in the idea’s favour, no doubt, but that would arguably first need the Centre’s fiscal deficit to be contained (and thus inflation snuffed out and cost-of-capital crunched). With some food policy patience and sound economic sense, India’s luxury market could yet justify its existence better in Rawlsian terms.