While voters may be pleased, the Centre has confused India’s gas market reform agenda 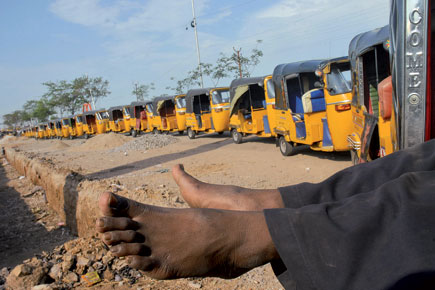 While voters may be pleased, the Centre has confused India’s gas market reform agenda

Energy India’s government has tweaked its gas allocation policy to reduce prices for consumers who use Compressed Natural Gas (CNG) as a fuel for vehicles and Piped Natural Gas (PNG) to fire kitchen stoves. Henceforth, city gas distribution companies would be able to rely entirely on indigenous gas (up from 80 per cent earlier) as a supply source, as declared by Union Petroleum Minister Veerappa Moily. Imported gas is far more expensive, and so the extra allocation of local gas could result in consumer prices falling by an estimated 20-30 per cent. All this while, that quantity of cheap gas had been allotted to industrial users in ‘non-priority’ sectors that will now have to bear higher costs on gas imports.

“The intended beneficiary is the common man,” Moily has stated. As with the UPA’s recent scale-up of subsidised LPG cylinders from nine to 12 for each household every year (an added strain on the Centre’s finances), this gas move is also seen as a pre-poll giveaway. “It’s a populist measure,” agrees RS Sharma, chairman of Ficci’s Hydrocarbons Committee.

“The popular euphoria over price cuts is going to be short-lived,” says a Delhi-based energy expert. Local gas prices are set to double later this year in accordance with the Rangarajan Committee formula that seeks to align—to an extent—the State-fixed price of Indian gas with a sort of average price that prevails globally. The current price gap has caused plenty of heartburn in India before, and analysts say that even partial market pricing could resolve that problem. In this context, Moily’s latest move “contradicts the very objective the Government wanted to achieve with this formula: introducing more market forces to India’s energy sector”. Lowering consumer prices now only to raise them sharply later may be foolhardy.

The gas market in India, analysts sense, may remain distorted by State subsidies for longer than reformers had hoped. This would generate even more confusion; the lack of policy clarity could complicate cost calculations and investment decisions on gas-fired industries. “Sanity would have lain in using a clear-air argument to promote this cleaner fuel,” says Sharma. The UPA, however, seems too busy with its election campaign to worry about those issues. Even its Aadhaar-based plan to transfer LPG subsidies in cash straight to bank accounts has been shelved, lest implementation failures boomerang electorally.