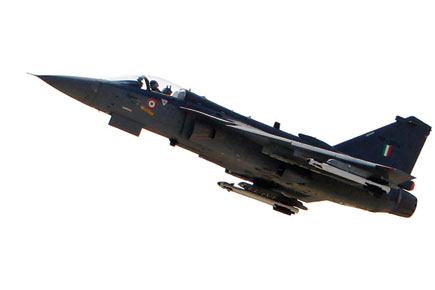 Since 2010, India has been the world’s largest arms importer. Between 2007 and 2012, it accounted for 12 per cent of the world’s arms purchases. In 2013, the country spent half of its defence procurement budget of $13.4 billion on purchases of military equipment from foreign sellers. The results of this spending are disappointing. The first purpose of defence spending is to reinforce the nation’s military capabilities. Here, far less has been achieved than desired or needed. Each of India’s military services remains under-equipped and modernisation remains more an aspiration than an accomplishment. This is troubling because India’s security challenge is daunting.

India has not accomplished much in reducing its dependence on foreign suppliers either. Even domestically produced equipment relies on a high proportion of foreign content. Its newly-inducted Tejas light combat aircraft—30 years in gestation—could not be brought into service with the indigenous Kaveri engine as planned. Instead, the initial version uses the F404 powerplant bought from the US- based General Electric and the planned more-capable version of the Tejas will use an updated GE F414 engine.

India’s domestic defence manufacturing base remains dominated by eight public sector undertakings, 40 ordnance factories and 50 national laboratories. Largely shielded from market pressures, these units are beset with chronic inefficiencies that drain public resources. The country’s ‘offset policy’ requires foreign sellers to purchase (from an Indian firm) or re-invest 30 per cent (in India) of the price it pays for equipment they sell. There is unquestionably a price premium paid for articles subject to the offset requirement. And while its Ministry of Defence reports 23 offset contracts worth more than $4.5 billion, only a small fraction has resulted in productive activity in India so far.

What India needs is a vibrant and competitive defence industrial base. For this, a new government must:

Attract foreign investment: India can secure foreign technology with the lure of an estimated $150 billion defence system market over the next five years. But world- class foreign companies need to be confident of returns on investment. Today’s effective limit of 26 per cent on FDI in the sector should be raised to at least 49 per cent.

End corruption: If India is to attract reputable international companies to build an indigenous defence industry, it will need to minimise their legal and reputational risks. Public scandals also have a paralytic impact on defence purchases as well as equipment maintenance.

Formulate a long-term military-industrial strategy: Better coordination among military services and between them and the Ministry are key here. The strategy should focus less on high-end systems and more on supply chain competencies of high global standards.

Privatise public sector units: India has failed to put these under competitive pressure from private firms. This being the case, the Government should look at their privatisation as a way to raise their performance levels.

Facilitate private sector initiatives: It is too difficult for new defence industries to get up and running in India. The permits regime is opaque if not contradictory, bureaucratic delays are a given, getting land is difficult, and the power and infrastructure back-up is unreliable. Fix these.

Rework the Defence Procurement Policy: despite India’s avowed objective of achieving transparency, its approach to military purchases is rule-bound and a source of frustration to all parties. Civil service rules should change to improve the training and expertise of the acquisition work force, and the procurement process should reward innovation, quality and performance. India should abandon the antiquated notion that selection of sources for complex articles should turn on the lowest bid price, opting for ‘best value’ over a product lifecycle instead. The offset policy must liberalise its restrictive rules on qualifying supplies and eligible services to discharge offset requirements.

Given the skills of India’s workforce, it is a conundrum that its indigenous defence industry is so badly off. Given the determination, India can reduce its reliance on foreign suppliers and build a defence industrial base that will employ many and contribute to its economic growth.