An end to xenophobia 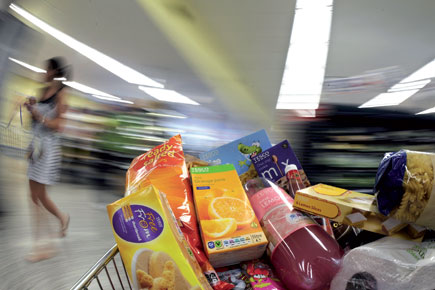 An end to xenophobia

The fast strides taken by the Indian economy in its post-reform years have now slowed. The GDP growth rate has fallen from an annual average of 8 per cent in the last decade to less than 5 per cent in the last two years. As we approach the next General Election, it seems an appropriate time to ask what the future government might do to reinvigorate the Indian economy and revive its flagging fortunes.

I have been asked to focus on the prospects for manufacturing sector growth. Let us consider some basics.

First, India possesses an abundance of low-skill workers, the vast majority of who are employed (and very likely underemployed) in the agricultural sector. Indeed, more than half the Indian labour force is engaged in the agricultural sector (by contrast, China, Korea and the US stand at around 30 per cent, 7 per cent and 2 per cent, respectively).

Second, the expected trajectory for the evolution of the Indian economy, subsequent to the 1991 reforms, involved the steady movement of rural workers out of the agricultural sector and into manufacturing. This was the path taken by many low-skill, labour-abundant countries along their growth path, China being the most notable recent example. Instead, the Indian manufacturing sector has not grown—its share in the economy has stagnated at about 15 per cent of GDP over the past two decades. Surprisingly, the economy has seen an expansion of the services sector, including that of high-tech services (a development that some might see as perverse, as this sector uses India’s scare resources, high-skill labour, rather than capitalising on its abundantly available low-skill labour).

Third, while the impressive growth of the high-tech services sector has been justly celebrated, it must also be recognised that expansion of services does not, in itself, offer a reasonable path for Indian growth—the vast majority of workers in the agricultural sector do not have the skills necessary for employment in the services sector. Even if they did, there wouldn’t be quite enough domestic or international demand for these services. An expansion of the manufacturing sector is necessary.

Why haven’t rural workers moved to the manufacturing sector? What might incentivise the expansion of this vital sector? While a number of impediments to manufacturing growth might be identified, I have been asked to focus here on two major factors: the ability of the Indian economy to attract Foreign Direct Investment (FDI) on a large scale and the role played by restrictiveness of Indian labour regulations.

Why FDI? Given suitable supporting policies and a basic level of development, a number of studies have shown that FDI generates employment, generates technology transfer, improves the quality and quantity of the country’s capital stock, assists human capital development, contributes to international trade integration, and often enhances enterprise development and helps create a more competitive business environment. All of these factors contribute to higher economic growth.

What has been India’s record on FDI inflows? First, India started its post-reform years with surprisingly low levels of FDI. Inflows stood at a mere $2 billion of FDI a year. By comparison, China was attracting more than 10 times as much FDI in those years, averaging annual inflows of around $40 billion between 1991 and 2000. The picture for India has improved in the decade from 2000 to 2010, with FDI inflows rising to as much as $43 billion a year (in 2008). Nevertheless, China’s stock of FDI today is about four times that of India’s.

A joint survey of Indian firms conducted by the World Bank and Confederation of Indian Industry (CII) analysed by scholars Yasheng Huang (of MIT) and Heiwai Tang (of Johns Hopkins University) offers pointers to the reasons for India’s modest success in attracting FDI, especially in comparison with China. Foreign-invested firms (FIFs) in India perceive constraints (and with greater intensity than domestic firms) on a variety of issues. In addition to the long-standing infrastructural weaknesses, these firms cite corruption, uncertainty in economic and regulatory policy, sluggishness in the legal system, delays in achieving conflict resolution, unpredictability in customs and trade regulations, and arbitrariness in business licensing and operation practices. The next government would do well to prioritise issues on the basis of business needs and think creatively on how to overcome the political and bureaucratic obstacles in the way of investors.

Turning to labour markets, it is clear that Indian regulations are in urgent need of reform. From the perspective of the firms, the particular regulations that are considered especially burdensome include Chapter VB of the Industrial Disputes Act (IDA) and Section 9A of the IDA and the Industrial Employment (Standing Orders) Act. The IDA requires firms employing more than 50–100 workers to obtain permission of the Government in order to retrench or lay off workers. Since this permission is not easily forthcoming, it raises the effective cost of labour usage in production and induces distortions in labour hiring. The Industrial Employment Act regulates the terms and conditions of work and applies to manufacturing firms employing over 10 workers (and 20 if the production process does not use electricity).

While no one would argue that Indian law does not need worker protection measures, most would agree that Indian labour regulations, as they stand, often work against the interests of labour itself. For instance, if you make it difficult or impossible to fire workers, firms become reluctant to hire them, especially for formal jobs. This implies that we have a larger pool of informal ‘contract’ workers who don’t enjoy the legal protections and job security that the law intended for them in the first place. Restrictive labour regulations can also induce firms to operate less than optimally, for example, by hiring fewer workers than they ideally need or by shifting to capital intensive manufacturing techniques even if this is costly to do.

In an interesting research study using survey data on Indian firms, Rana Hassan and Karl Jandoc of Asian Development Bank show that the size distribution of Indian firms is alarmingly out of line with outcomes in comparable economies. For instance, about 85 per cent of the manufacturing labour force is employed in firms with fewer than 50 workers, a greater proportion than in other Asian countries and much higher than in China, where less than 25 per cent of the manufacturing force is employed in small-scale firms. In the apparel sector, the comparison is even more dramatic: while more than 85 per cent of workers in the Indian apparel sector work in firms with fewer than eight workers, only around 0.5 per cent of Chinese workers are employed in firms of this size. Hassan and Jandoc also find that Indian states with more flexible labour market institutions also have larger firms. This suggests that restrictive regulations have stood in the way of the optimal operation of firms, preventing firms from achieving productivity gains associated with a larger scale and workers from earning the higher wages and other benefits associated with working with larger and more productive firms.

Reforming labour regulations is going to be extremely challenging. Whether a future government will be ushered in with a sufficiently strong popular mandate and whether it will then summon the will to implement the necessary changes, while balancing these changes with the need to provide reasonable labour protections, is yet to seen.

It is on such efforts that the future path of the Indian economy depends. To assume instead that past growth will automatically continue without a deepening of reforms— on the back, perhaps, of some intrinsic merits of the Indian system—will be a fatal conceit.