How to Restructure the Banking Sector

The Government may dilute its stake in public sector banks to 51 per cent, but what the sector needs is consolidation 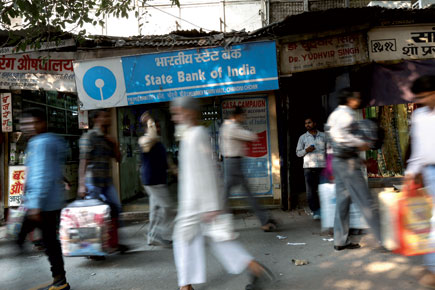 The Government may dilute its stake in public sector banks to 51 per cent, but what the sector needs is consolidation

Of the many responses evoked by the recommendation of a government panel that the Centre dilute its stake in Public Sector Banks (PSBs) to 51 per cent, the most noteworthy is one that espouses a comprehensive review of the Indian banking system. At present, it is a bit too skewed in favour of PSBs, which have three-fourths of the sector’s assets. This dominance of State-owned banks has inherent risks, a glimpse of which may be seen in the rising tide of bad loans that has engulfed India’s PSBs more than private banks.

The idea of reducing the State’s stake in PSBs to just-above control level, however, is not to signal a gradual move towards their privatisation, but simply to raise funds to keep them adequately capitalised. Not only are they reeling under unpaid-back loans, they are under pressure to adopt the so-called Basel III framework of rules for their safety cushion, which requires them to have enough money to absorb the sort of big financial shocks the world has in recent years been subject to. To adopt Basel III norms, such a huge quantum of money needs be injected into PSBs over the next five years that it appears to have unnerved the Government. As it happens, the Centre’s limited fiscal space has already been squeezed by the current economic downturn.

Nonetheless, Ananda Bhoumik, senior director, India Ratings, says that the task is manageable “if planned [well in advance] to avoid any pile-up towards the end” (fiscal year 2017-18, that is). According to the RBI, of the Rs 5 lakh crore odd of additional capital that Indian public and private sector banks need to comply with the Basel III regime, 35 per cent would need to come from shareholders as equity capital. If the Government would like to retain its current ownership of its 26 banks—at between 55 and 85 per cent—it would need to cough up Rs 90,000 crore. If it opts to reduce its holdings in these, then its burden would be Rs 66,000 crore. Given the Government’s fiscal situation, the panel wants it to pursue the second option. This makes sense, say observers. “While it is important to have government control over PSBs, the degree of such control need not be the same for all time,” says Professor CS Balasubramaniam of Babasaheb Gawde Institute of Management Studies.

State control of banks acts as a reassurance to depositors that their money is safe and that they would not be cheated since these banks are supposed to exist for a public purpose even in their pursuit of profit. By and large, India’s best-known PSBs are institutions that people trust. And “Fifty-one per cent is good enough for PSBs to retain their government
character,” says Nirupama Soundararajan, a capital markets expert at Ficci, “While also lowering the monetary commitment for the State to balance out its fiscal deficit concerns.”

However, expecting PSBs to become more efficient as a result of stake-dilution would be too simplistic an assumption. “What could force them to be more competitive,” says Bhoumik, “is greater participation by private and foreign players.” In any case, it would happen gradually, since the current market appetite for PSB shares may not be too strong (and other public sector disinvestments are planned too).

“Selling [PSB shares] at the current juncture sounds a bit contradictory,” says Bhoumik, “because what the Government could end up doing is selling some stake in good banks to support their weaker counterparts.”

There is also another aspect that poses a challenge: the Government’s medium-term proposal to consolidate the sector under fewer banks that are big, strong and sensitive to the needs of a fast-changing economy. In Bhoumik’s view, this is “critically required” for the sector.

Soundararajan agrees that merging smaller banks with one another or large ones is important: “The Government should encourage consolidation first within the public sector and probably then within the private space too.” It would help them achieve economies of scale, with all its attendant benefits.

Says Bhoumik: “One [way to create a platform for consolidation] could be for the Government to retain control over its larger banks, like State Bank of India and Punjab National Bank, and help them grow even bigger to become globally competitive, while it reconsiders the decision to retain [only] 51 per cent in some of the smaller banks.”

Whether a few PSBs—such as SBI—should aim for a size that is globally competitive while others remain mid/small-bracket banks, Soundararajan says, is a call for the Government to take once the process gets underway.

Such a grand restructuring exercise of India’s banking sector would, of course, require a broad national consensus. But, surely, the sector needs a new trajectory to keep up with the world. And it is also clear that a domestically-owned banking sector is crucial to any country’s economic autonomy.