Greener but No Longer Cheaper

The use of CNG in India began as a clean and cheap alternative to diesel, but its cost advantage has vanished in recent years 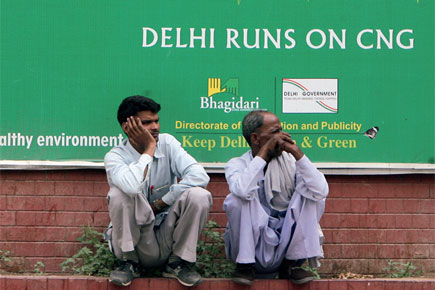 The use of CNG in India began as a clean and cheap alternative to diesel, but its cost advantage has vanished in recent years


A little over a decade ago, Delhi’s greens rejoiced when the Judiciary ordered that all vehicles of public transport shift their use of diesel to that of compressed natural gas (CNG). The latter being cleaner, pollution levels in the city fell instantly. But what motivated bus, taxi and auto-rickshaw operators to switch fuels were the cost savings. CNG in the early 2000s, retailing at Rs 11.30 per kg, was not only cheaper than diesel at just above Rs 17 per litre, it also assured a few extra kilometres unit-to-unit.

But that was then. “That charm of gas has evaporated into thin air,” says Zabar, an auto-rickshaw driver in Delhi. CNG prices have risen steadily, and with last fortnight’s hike, the fuel sells at Rs 38.35 per kg in the city, not much less than diesel at Rs 41 per litre.

“At this juncture,” says Lydia Powell, an energy expert at Observer Research Foundation, “the incentive to choose CNG over diesel is being eroded.” This she blames on the State legacy of subsidies for standard hydrocarbon fuels such as diesel. “That is why CNG is suffering this unfair disadvantage.” While CNG offers a mileage advantage over diesel, this is offset by the higher maintenance costs of CNG-run vehicles. If that’s not bad enough, the CNG supply network is so weak that each filling station in Delhi has long queues late into the night.

Declining availability of domestic gas has pushed India’s energy economics into disarray. The country spends a huge 10 per cent of GDP on energy imports (oil plus gas). For Indraprastha Gas Ltd, Delhi’s sole CNG seller, buying imported gas—at thrice the domestic price—with a weak rupee has been a financial burden it could not have borne without raising prices.

However, say energy analysts, it is just as well that gas prices are market driven. According to Ashok Pandit, an expert with Ficci, “It should not be distorted.” As any market economist can confirm, price signals are a valuable tool for an efficient allocation of resources in an open economy, and subsidies—if too large—hurt their effect. If diesel gets deregulated, Pandit adds, then diesel’s price will go up and CNG will regain its relative competitiveness as a fuel.

On the whole, analysts believe that gas is a good bet for India’s energy future. Its abundance has kept its prices moderate. “India needs a web of gas pipelines,” says Pandit, “The capital for which can come only if remunerative prices are offered to producers and distributors of gas.”