If you want your wealth hidden—and tax free—don’t fret over the Swiss crackdown. There are havens aplenty 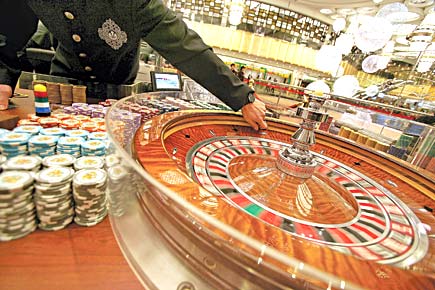 
Taxes, unlike death it turns out, are not inevitable. If you are super-rich or have ill-gotten wealth from dealing in weapons or drugs, you can’t just walk to your neighbourhood bank and open a savings account. For the super-rich, the way out is through numbered accounts in tax-free banking destinations such as the Bahamas, Monaco or Lichtenstein. Offshoring is not a snorkelling sort of pastime for the world’s elite. It is serious business.

The main attraction of tax havens is the secrecy they offer. It is estimated that nearly $10 trillion is stashed away in these scenic spots. This is two-thirds the size of the US economy or ten times India’s. OECD, that club of rich countries, is trying to crack down on these tax havens. Backed by the US, it now advocates prising open Swiss bank accounts. Swiss secrecy laws date back to 1934 when the Swiss Banking Act took effect. Swiss accounts allow their holders to do transactions without revealing their source of funds. On their part, the banks ensure that the identities of account holders are zealously guarded. However, the global downturn has put this pot of gold in the spotlight. India also had real trouble during the Bofors days trying to get to the bottom of the alleged Swiss bank accounts involved in the deal. The leader of the Opposition, LK Advani, has claimed that India can get Swiss banks to open up just as the US has done and free up the ‘black money’ for nation building. This is, well nigh impossible. India doesn’t have the political and economic leverage to walk the talk.

Even the US has only got access to 300-odd accounts, while as many as 25,000 others have been identified as dicey. However, it is not just Switzerland or the Cayman Islands that have these accounts. Lesser-known destinations such as Singapore and Hong Kong are equally accessible to the rich. At the recent G-20 meeting at London, China exempted its tax havens of Macau and Hong Kong from the scrutiny list. Then there’s the money-laundering route that bypasses the entire banking system. The Indian version, hawala, is estimated to funnel $50 billion into the ‘black economy’ every year. If you want your wealth hidden—and tax free—don’t fret over the Swiss crackdown. There are havens aplenty.