Where is India’s strategy for the global arena? It may as well have been sleeping through the IMF successor deliberations 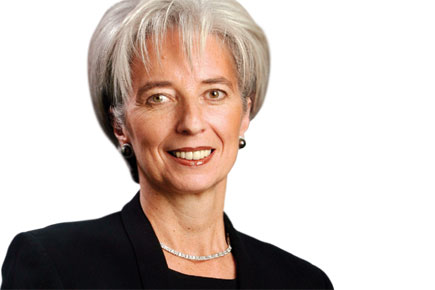 Where is India’s strategy for the global arena? It may as well have been sleeping through the IMF successor deliberations


It is a golden opportunity for India to take centrestage in the global public square, argue for reform in the international arena, work to unify varied voices in emerging countries behind a single candidate, and attempt to change the rules of the game. Old Europe’s loss can be the emerging world’s gain. Or at least a step in that direction.

But all one gets is a tame ‘we-are-watching-the-situation’ and fictional stories about how Montek Singh Ahluwalia, deputy chairman of the Planning Commission, is a contender and even a frontrunner for the top job at the International Monetary Fund after the ignominious departure of Dominique Strauss-Kahn. That too, after what seemed like an eternity in the fast-paced game of international poker.

German Chancellor Angela Merkel made an effective pre-emptive strike before you could say Dominique Strauss-Kahn, asserting Europe’s right to keep the position, given the economic upheaval in the Euro-zone. The subtext: only a sympathetic European can oversee the bailout of Greece, Portugal and Ireland. Even western commentators found her presumptuous manner overbearing and called for talent rather than geography as the determining criterion.

Merkel’s intervention didn’t go down well in Turkey, South Africa, Brazil, Mexico and even Australia, which talked openly of ending Europe’s monopoly on the position and starting an open, credible process of selection.

Transparency, after all, is the West’s undiluted mantra to the rest. Emerging economies have proposed names, made strong statements, and argued. A significant body of opinion has emerged for a free and fair election.

But there is silence in New Delhi and little effort to get its transcontinental coalitions of BRICS et al to coalesce around a name. It may be a losing battle against the US-Europe combine, but these fights are necessary to regularly expose the inadequacies of the old order if emerging economies—projected to account for 50 per cent of global growth by 2025—are to force change.

You could argue that the Government of India is just too busy with domestic problems, scandals, insurgencies and assorted issues to participate in a losing battle abroad. After all, it takes time to shatter old moulds. The ‘gentlemen’s agreement’ since soon after World War II that a European will head the IMF while an American will be president of the World Bank—the two main global institutions and instruments of economic policy and often control—is not about to crumble.

True, but is India silent because it doesn’t approve of any of the emerging country candidates? Or because the strategists who run New Delhi don’t have a coherent plan for converting the country’s growing economic clout into tangible power in the global arena? Sadly, it appears to be the latter. There is no long-term vision apparent to the naked eye that would link India’s foreign policy and geo-strategic aims to its economic muscle and methodically execute it.

Clearly defined goals, the means to obtain them, sustained attention on the global chessboard and an ability to move the pieces quickly are basic necessities. But endemic policy disjointedness, Brahminical egos, IAS-IFS rivalries, and a general refusal by the bureaucracy to grapple with the big picture are the realities in operation.

The Chinese, whom we admire and resent, do it every day and everywhere—from securing mining rights in Africa to voting rights at the IMF. They have a plan for becoming tomorrow’s global power. China is gaining clout within international institutions, from the United Nations to the IMF, not only on the basis of its vast reserves but also through a slow and steady penetration. Over the past decade, Beijing has diligently pushed well-trained, Western-educated Chinese into place in various UN organisations at all levels. Suave and fluent in English, they can take on their Western counterparts when needed and cut deals when necessary.

At the IMF, Strauss-Kahn’s special advisor was Zhu Min, former deputy governor of China’s central bank and a former World Bank official. China, after initially pushing back on Merkel’s claim that a European should inherit Strauss-Kahn’s position, has apparently made a deal for its man. Zhu may rise from special advisor to the No. 2 spot of deputy managing director in the IMF, while France gets to name Christine Lagarde as managing director.

So where is India? Mainly absent, it seems. India’s executive director, Arvind Virmani, who also represents Sri Lanka, Bangladesh and Bhutan on the 24-member IMF board, failed to attend a crucial board meeting last week, opting to be away at a seminar instead. Besides, what could he do, since New Delhi’s instructions were merely to seek time? There is time but only until 3 June for emerging countries to file nominations. Will they unify behind one candidate to at least send a strong message, if not score victory?