Sun’s bet is that it can fix the factory glitches, get US regulatory clearances, and turn the Sun-Ranbaxy combine into a low-cost generics export powerhouse. 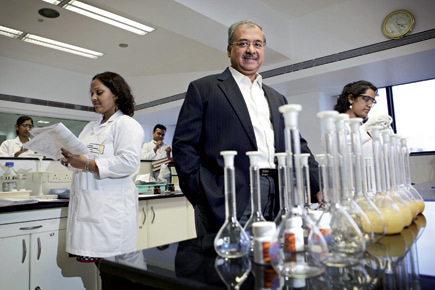 Sun’s bet is that it can fix the factory glitches, get US regulatory clearances, and turn the Sun-Ranbaxy combine into a low-cost generics export powerhouse.

Gurgaon-based Ranbaxy’s tagline ‘Trusted Medicines. Healthier Lives’ has been met with ironic smiles all the way from America to Japan ever since the US drug regulator spotted quality deficiencies in some of its plants making generic medicines for export to the US, barring some of its products and making its Japanese owner Daiichi cry foul over having been sold a lemon in 2008 by the firm’s founding family of Singhs. It should surprise no one that Ranbaxy has lost about half its value as a business since; Sun Pharma has bought a controlling stake in it from Daiichi at what’s clearly a distress-sale price.

Sun’s bet is that it can fix the factory glitches, get US regulatory clearances, and turn the Sun-Ranbaxy combine into a low-cost generics export powerhouse. “With Ranbaxy’s low credibility, the deal speaks volumes of the risk-taking ability of Sun Pharma’s management,” says Phani Sekhar, a fund manager with Angel Broking who is convinced that Sun’s founder and boss Dilip Shanghvi has a strategy in mind. Ranbaxy was among India’s first firms to go after global markets, remains cost competitive both overseas and in India, and has several US-market clearances—ANDAs—lined up for drugs about to go off patent.

While there is some anxiety flying around about the fate of Ranbaxy as a brand, analysts see enough value left in it—despite its recent image battering—for its retention by Sun to serve it well in certain markets. While many of Ranbaxy’s over-the-counter products sell on the strength of the space they occupy as sub-brands (such as Revital) in the consumer’s mind, most other drugs and generics tend to sell on the corporate reputation among doctors, who Ranbaxy has assiduously wooed in many markets.

If Indian stockmarkets appear to have welcomed the deal with price bounces for both companies—though the pre-deal uptrend in Ranbaxy’s stock price has evoked suspicions of insider trading—it is perhaps because investors are confident that Sun’s new leadership will address the US regulator’s quality concerns.

Sun has a set of intangible advantages, analysts say, that the Japanese owner lacked—hinting that a management familiar with Indian work processes would be better able to identify and fix production problems that may have arisen from peculiarly local circumstances.

As for the deal’s mechanics, Sekhar lauds the fact that it isn’t a cash purchase but a classic stock-swap purchase, with Sun using the strength of own equity as a corporate currency. This way, Sun is not saddled with excessive debt—unlike other corporates that took big loans to make large purchases—and has the luxury of using its own cash reserves to fund the merged entity’s future strategy. “It has used its key multiple—[which reflects] the market’s perception of Sun’s earning capabilities—as a currency to pay Daiichi and make it a [9-per cent stake] partner in the fortunes of the combined entity.” By doing so, Sun has also safeguarded its balance sheet from the risks of a failed merger.