The turnaround story of a cash-strapped SpiceJet 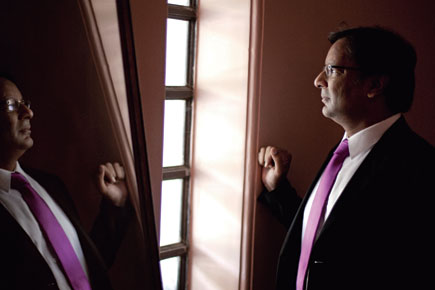 Last December did not begin very well for SpiceJet. Its losses had been mounting and the airline desperately needed a fresh infusion of capital. But its promoter and chairman, Kalanithi Maran of the Sun TV Group, had thrown his hands up, unwilling to put in more money. SpiceJet had no funds to pay oil marketing companies (OMCs) for aviation fuel and they were threatening to stop supply. On the morning of 16 December, they finally decided to do it. Operations came to halt, leading to mass cancellations of scheduled flights. The Director General of Civil Aviation (DGCA) had banned SpiceJet from taking advance ticket bookings beyond a month, thus blocking further revenue sources. The airline was staring down an abyss. It was in such a bleak business scenario that Ajay Singh, who had been forced to give up the airline in 2010, found himself back at its helm again.

It has been eight months since then, but a sea change would be putting it mildly to describe the carrier’s turnaround. SpiceJet is up and running as India’s fourth largest airline by market share, with 11.6 per cent of the market and flying at 93 per cent of its capacity. It operates 250 daily flights to 41 destinations—34 Indian and seven international—and plans to raise its fleet size to 50 by next March. It also returned to profitability and posted net profits of Rs 22.5 crore in this year’s January-March quarter, the first in almost five years. In the quarter ended 30 June, SpiceJet registered a net profit of Rs 71.8 crore against a corresponding loss of Rs 135 crore the previous year.

For 49-year-old Singh, who is now chairman and managing director of SpiceJet, it was not easy to make this happen. The Marans had been in discussions with him to revive SpiceJet, but he had had no connection with the operations of the airline when the crisis struck. The realisation that it was perilously close to shutting down came out of the blue. “I was told by the promoters that they can’t do much as they had run out of money,” says Singh.

On 16 December, after the airline was forced to suspend operations, Singh began non-stop discussions that stretched over 30 hours with various involved parties— the Government, OMCs and investors— to somehow find a light at the end of the tunnel. By 4 pm the next day, SpiceJet was back in operation. “Everyone, right from the Government, customers and creditors to investors wanted SpiceJet to remain afloat. I got tremendous support from all of them,” says Singh. “Aviation failures are [highly] visible and SpiceJet going down could have impacted the airline industry, which still offers immense potential for growth.”

Unofficially Singh took charge of the carrier from that day itself, though legal formalities were completed only in January, a homecoming for the man who had started the airline in 2004.

Singh was born to a business family in Alwar, Rajasthan, and spent most of his life in Delhi. He completed his schooling from St Columba’s School. He was also its cricket captain, and in his team, as a wicket-keeper, was film star Shah Rukh Khan, one year his junior. Singh went on to do a BTech in mechanical engineering from IIT Delhi, followed by an MBA from Cornell University in the US. He returned to India and got a law degree while working at his family business of real estate and fashion accessories.

His record of being involved in turnarounds begins in 1996, when he was invited by Delhi’s then transport minister Rajendra Gupta to join the board of Delhi Transport Corporation (DTC). “In three-and-a-half years, we took DTC from a fleet of 300 buses to one of a good 6,000,” says Singh. His work there caught the attention of BJP leader Pramod Mahajan, who after becoming India’s Information and Broadcasting Minister, took Singh as his Officer on Special Duty (OSD). There he was part of the revamp of Doordarshan, involved in launching channels like DD News and DD Sports. When Mahajan got charge of the Union Telecom Ministry, Singh moved with him. “In 2002, there were around 2.8 million mobile phones and our concern was to increase it by 10 to 15 per cent every year. At the same time, China had 120 million mobile customers,” recalls Singh. “There was something we were doing terribly wrong and we realised it was higher call rates.”

Singh applied the same strategy of pushing for low costs in the aviation sector when he was asked in 2004 by Bhupendra Kansagra, the man who bought the defunct ModiLuft, to launch SpiceJet. “At that time, 16 million people were traveling by train every day while that much people were flying in one entire year. It was because flight tickets were very expensive,” he says. To address this, Singh followed the models of other low-cost airlines across the world: bring down operating costs, fly fewer destinations, and sell tickets online. Credit card usage was rather low in India at the time. This meant online sales might not have taken off, but Singh was confident of his plan. “Indians love good deals and are very resourceful. If you offer them a cheap fare, they would find a way,” was his argument. He announced a burst of cheap fares with a launch date of 21 May 2005. On the very first day of the grand offer, the airline sold 38,000 tickets to attain almost 90 per cent seat occupancy.

The company grew swiftly till new players like Kingfisher entered the fray. “That was the time when fuel prices started to rise and some irrational players [read Kingfisher] entered the market,” he says. “They had access to a large pool of funds through banks, and were able to sustain heavy losses. That distorted the aviation market.”

In 2010, when Singh exited SpiceJet, the airline still had a balance of Rs 700- 800 crore in banks, he says. “I didn’t leave the company. I was forced to leave,” he says. He had management control, but his shareholding was small. Major shareholders, including a foreign investor Wilbur Ross, sold their shares to Maran, who acquired a 38 per cent stake and control of the company. “They wanted to run the airline their way and it was better for me to divest the little stake I had and move on,” says Singh.

Over the next four years, Maran adopted several new strategies. Usually, a low- cost airline manages operations with a single type of aircraft to reduce the cost of maintenance. But Maran, along with Boeing and Airbus, bought smaller Bombardier Q400 aircraft so as to fly to new destinations not covered by other airlines. The airline also lowered fares further in an attempt to corner a larger share of the market. But the company’s fortunes nosedived. From faraway, says Singh, it was hard for him to watch the airline fall apart. “The new promoters were going for breadth rather than the depth that is required for a low-cost model,” he says. In 2014, Singh started getting feelers from Maran to take over the airline once again. The initial talks didn’t go too far. A second round of discussions started in December, by which time the airline was in a full-blown crisis. “For me, it was an opportunity to work again on a brand which I established,” he adds. “There were mistakes that I thought could be rectified to bring SpiceJet to a level [that would get us] some breathing space.” Maran was willing to find a solution to make it work, provided it did not cost more. A plan was worked out by which Singh would take full control of the airline in January 2015. But then, the 16 December shutdown happened, and Singh had to step in sooner than he had expected.

On the day he took charge again, Singh spent a good deal of time with Civil Aviation Ministry officials, offering a Rs 1,500 crore revival plan that could work provided the Government gave him a chance. “We were a private airline and the Government also couldn’t do much. But moral support was more than enough at that time,” he recalls. He approached OMCs, banks, creditors and requested them to repose faith in him. The DGCA too lifted the ban on its booking of advance tickets. “The ban was like RBI telling customers of a bank that it’s going to die. This results in people withdrawing their deposits, and so eventually the bank dies. I knew if the airline went down for [a few] more days, customers would stop booking and that would be the end for us.” The lifting of the ban came as a big boost.

To win back customers, Singh used the tried-and-tested formula of low prices. SpiceJet announced ticket sales at rates cheaper than AC 2-Tier train fares, offering 150,000 seats for sums as little as Rs 999 on domestic routes. The response to the scheme got the cash flow going again, and with these resources he first paid the salaries of employee that had been overdue for two months. “It was important to get the morale of our people back. If they have faith in us, then only we can make it work,” he says. Next on his priority list was tax payments, because he knew that Kingfisher had folded up because of failures like these. “So I was sorting it out one by one,” he says. He renegotiated contract terms with lessors of aircraft to rationalise maintenance costs.

Competitors, however, accuse him of distorting the market with low-fare schemes, but he says that is just smart business. “Stimulating the market with low fares is part and parcel of the low-cost aviation model and it has yielded good results for us,” he says. “To automatically assume that by lowering prices we are increasing our losses is not correct. SpiceJet has now become profitable for two consecutive quarters after a gap of five years.”

Singh has two immediate goals for SpiceJet. One is to utilise the existing fleet of aircraft optimally, and the other is to order new planes.

“We are still evaluating the market. I probably wouldn’t have bought the Q400, but smaller planes provide an opportunity to reach new destinations in an unexplored market and we would like to be part of the aviation sector’s growth,” he says. He is looking at a six-month window period before ordering new aircraft. “We need to bring down the cost of aircraft, leasing, maintenance, and that is a process which takes a few months. But this will happen in the current financial year,” he promises.

Yet, there are some issues Singh needs to pay attention to. For his Rs 1,500 crore turnaround plan, he has only got Rs 850 crore so far. He is in talks with banks for the rest. The employee count, while down from 5,000 to 3,500, is still too high. Also, he needs to pacify a few angry aircraft lessors. “I agree there are challenges before us,” he says, “But this is nothing compared to what we had last year.”