The IPL may be over, but South Africa is back in the news, and big time. Sunil Mittal ties up with MTN to strike the biggest deal of his life 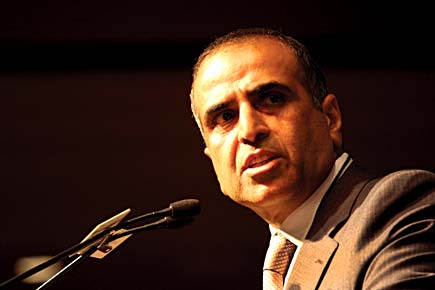 The IPL may be over, but South Africa is back in the news, and big time. In the biggest deal of his life, Sunil Mittal, the flamboyant chairman and CEO of Bharti Enterprises, India’s largest telecom firm, is tying up with MTN, the largest telecom operator in the continent of Africa. However, those celebrating the biggest Indian overseas takeover need to pause.

This deal is neither a takeover nor a merger. In its current form, it is a cross-shareholding arrangement. What it does give Bharti, after a share swap and about $5 billion in cash, is 49 per cent stake in the African company. Thus a takeover could well be the next step as Bharti will need only an additional 2 per cent to acquire control of the company. On its part, MTN will pay $3 billion to Bharti and acquire 25 per cent stake in the Indian firm, plus a share swap with the Indian telecom major.

The complex nature of the deal has ensured that the Foreign Investment Promotion Board will look into it. Sources in Bharti are, however, saying that the deal will not trigger an open offer on the Indian stock market. Should the merger eventually happen, it will create the world’s third largest telecom operator and give Bharti access to the only other market that will have double-digit growth well into the future.

Says Romal Shetty, head of telecom practice at KPMG, and who has consulted with MTN in South Africa: “The deal has two big advantages for Bharti. India is the world’s biggest market for telecom and Africa comes second. Bharti and MTN are the biggest players respectively in India and Africa. For Bharti, this deal hedges the company against any downturn that may occur in India since Africa is virgin territory where MTN is well entrenched. The other upside is the leverage it will get with telecom vendors such as Ericsson. In telecom, big is beautiful when it comes to controlling cost.”

For Bharti, the biggest challenge may yet be beyond the financial details. It is looking at an ambitious footprint that merges rural Uttar Pradesh with francophone Africa. The merger, should it happen, will need management and engineering talent, and that would be hard to find in Africa. Also, management cultures in the two countries are different, with MTN being a more centralised firm while Bharti is a firm believer in outsourcing. On balance, though, this promises to be an Indian summer for Bharti, out of Africa.