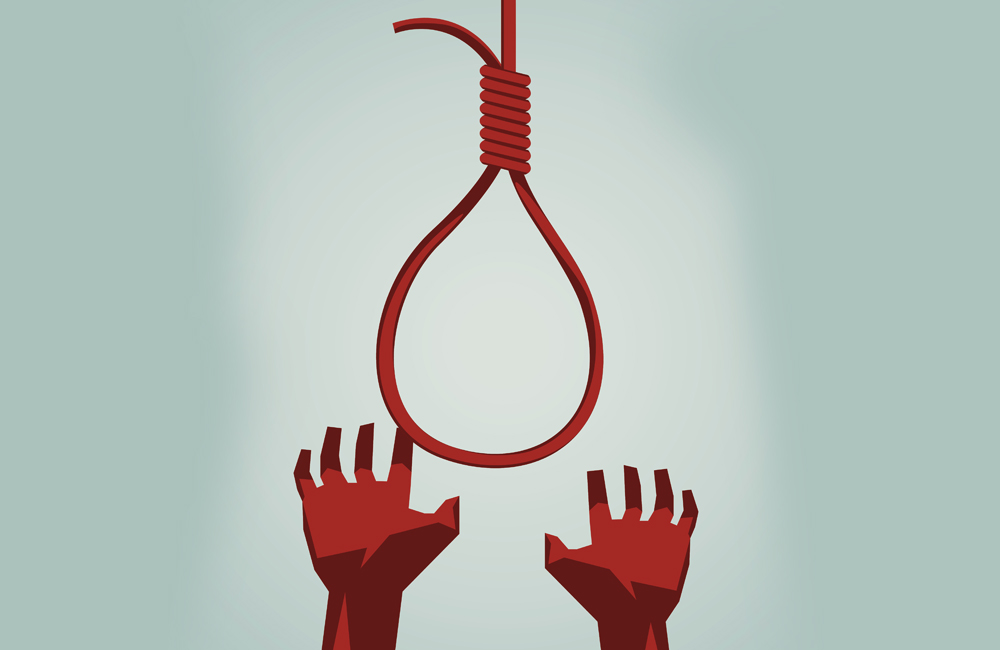 On the eve of January 13th, 2017, a 13-year-old girl was found dead by hanging on the rafters of the shack in which she was living with her mother, stepfather and younger siblings. This one room shed is in Attappallam village in Palakkad district bordering Tamil Nadu, a hub of migrant workers speaking different languages. The Police registered an FIR for unnatural death under Section 174 of the Criminal Procedure Code. Three months later, on another grim evening on March 4th, 2017, her nine-year-old sister was found dead in the same manner. Once again, the police recorded the death under the same Section, preparing an FIR in the same manner.

Two minor Dalit girls whose parents are dailywage workers living in a socially backward location were gone. Both the cases were registered conclusively as suicide. The police had no doubts about these deaths in which two children seemingly decided to take their lives.

The public response, however, was different the second time. While the older sister’s death went unnoticed, the younger sister’s created a storm in Kerala. The media, political parties, civil society, activists and writers demanded an investigation into the two deaths. The prosecution discovered that the sisters were sexually assaulted. The autopsy reports in the both the cases strongly suggest repeated anal penetration. The post-mortem report of the younger sister even suggests homicidal hanging as it seems implausible for a nine-year-old to hang herself to death. ‘Being unable to bear the intolerable pain due to sexual assault and harassment, both the girls committed suicide,’ the chargesheet says. Five persons were arrested including one minor who is still facing trial at the Juvenile Justice Board.

Investigation, submission of the charges and the trial has taken almost three years. The deaths had faded from public memory but the shocking judgment brought those back. All the accused except the minor on trial were acquitted. The judge concluded, ‘Prosecution has miserably failed to prove the alleged offences against the accused beyond reasonable doubt.’

The state government was found unprepared in the face of the public wrath that the judgment provoked. This was an episode of sabotaging a case—deliberately or not—with blunders made right from the FIR stage. The judgment for acquittal exposes the weaknesses of our due process. The criminal proceedings presumed right from the beginning that the sisters killed themselves despite the post-mortem’s suggestion of homicidal hanging. In separate chargesheets and judgments for the each of the accused, all of them have been found not guilty as the prosecution could not even establish the existence of an offence, let alone trying to prove guilt.

In the older sister’s death, Valiya Madhu, Kutti Madhu, Shibu, Pradeepkumar and a juvenile were accused. Pradeepkumar, Madhu and the juvenile were also accused in the death of the younger sister. The prosecution had argued that the sisters were subjected to forced anal pentration. The parents had given statements that they had witnessed Pradeepkumar raping the older sister. But the court refused to accept their statements saying they had not disclosed this to the first investigating team—the statements were given to the second team that took over after the death of the younger sister. The court also pointed to discrepancies and contradictions in their statements against other accused persons.

Why were the parents so inconsistent? Open met the mother recently in the house the family has built adjacent to the shack where the deaths occurred. An uneducated Dalit and a dailywage labourer, she knows little about how court proceedings or witness statements work. She had never met the public prosecutor before being deposed in the court. She was never briefed either by the police or the public prosecutor about how to give a statement in the court .She was never told she needed to remember dates and time in their right order. She was never made advised by the investigating officers or public prosecutor that she could lose credibility if she kept ‘improving’ her statements. “I told everything I know to everyone who asked. The public prosecutor never told me anything. I never had an idea about the content of the post-mortem report of my older daughter. I went to the police 10-12 times to get a copy of it. I was not even informed of the date of the judgment,” the mother says.

“It is the fault of the police,” Latha Jayarajan, the public prosecutor, says. “The police framed the cases badly. The evidence part was very poor. I had nothing much to do,” she told Open after the judgment was given. Calls Open made to her after accessing a copy of the judgment went unreceived. Later, she told the local media that she hadn’t studied the case because she was anticipating removal from her post.

The prosecution could not even establish the reasons for the arrest of Pradeepkumar, accused in both the deaths. According to the prosecution, he was arrested based on the witnesses’ statements made to the first team, but they could not even establish whether the statement was taken before Pradeepkumar’s arrest. Besides, the statements were not timestamped. “This is too unbelievable to happen in criminal proceedings. There is nothing more pathetic and shocking than cops failing to establish the reason for arrest and omission of recording the time in the statement. Such officers should not be there in the job anymore,” says Advocate Harish Vasudevan, a practising lawyer at the High Court of Kerala. The defence ripped apart the investigating officer in their cross examination, weakening the prosecution’s case for Pradeepkumar’s arrest.

The prosecution built a case that the accused persons sexually assaulted on the sisters continually from 2016 to 2017. But they failed to establish the offence of each of them. Besides, many crucial witnesses were omitted and material evidence was ignored. Open met two witnesses, Murukeshan and Abbas, who helped the police pull down the sisters’ corpses. Abbas tells Open, “I was called three times in the court and was not examined. The fourth time I insisted that I need to give my testimony as I had no doubt that the girls were sexually exploited and killed. Then they called me in the court and asked only two things: my name and whether I knew the accused standing in the dock. The prosecutor did not ask me anything else. I did not get a chance to explain what I had witnessed and narrated to the police.” Abbas, a businessman and a Communist Party of India-Marxist (CPM) worker in Attappallam village, was among the first to reach the spot in both deaths. Abbas tells Open he was that even in the accused juvenile’s trial, he had to insist on the admission of testimony as the prosecution expressed little interest in it.

“I noticed nail marks and wound-like marks on the body of the older sister. I even pointed this out to the police. I also found that there was pus in her private parts. When I tried to bring this to the attention of the police, they discouraged me saying I should not look at the body of a girl like that,” Abbas says. Abbas refuses to accept that a nine-year-old could kill herself by hanging. Murukeshan was present at the spot only in the older sister’s case. But he doesn’t even know about the criminal proceedings in the case: he was never called to the court or give any statement.

Three female friends of the older sister also gave statements about having seen the accused persons harassing the victim once when they were together during an election campaign. But they couldn’t remember exactly when this happened. One said it was for an Assembly election, another deposed that it was local body election and the third remembered it as a campaign for a student election. Clearly, the public prosecution had not done its homework of briefing these witnesses and removing such inconsistency.

Some lawyers also argue that the court was equally passive in accepting such a faulty chargesheet. “The court should have dismissed the chargesheet and ordered a fresh investigation instead of acquitting all the accused. A POCSO [Protection of Children from Sexual Offences Act, 2012] trial court shouldn’t have acted like an ordinary court focusing only on the golden rule of the chain of occurrence,” says a public prosecutor on condition of anonymity. “In POCSO cases, the only thing to be ascertained is whether the accused could establish that he is not guilty, not whether the prosecution could prove the chain of occurrence without fail. In that sense, even the judge erred in this case,” Advocate Shukkoor,a former public prosecutor and a practising criminal lawyer, tells Open. “90 per cent of the hanging cases of children that I have attended so far are accidental—that happens when they play. Children in this age committing suicide is rare,” says Jinesh who has done post-mortems of childrens’ corpses. Nobody including the court ever asked how these children, especially a nine-year-old, could hang themselves to death.

According to the state’s Crime Research Bureau, 469 POCSO cases were registered in 2018 in Palakkad district alone, of which 124 were dismissed without trial. Only 17 accused were convicted while 105 were acquitted. The acquittal rate has remained around 81 per cent between 2013 and 2018. According to Advocate Sandhya J, a former member of the Child Right’s Commission, witnesses turning hostile is a common reason for acquittal. “Even the survivors are forced by their own family members to turn hostile .The parents generally do not want to push the case for a number of reasons ranging from the pain of going through the legal proceedings to the stigma around the issue of sexual harassment. They often pull back giving in to social pressures.”

Among the five accused, two are related to the sisters and used to stay with the family. This is why the neighbours have not shown sympathy for the parents. The accused continued staying with them even after the death of the older daughter. One is alleged to have connections with the CPM and the other with the Bharatiya Janata Party. Their political connections have further raised the prosecution deliberately botched up its case. Some have even alleged that local party workers colluded to bury the cases. The state government, for its part, has remained mute.