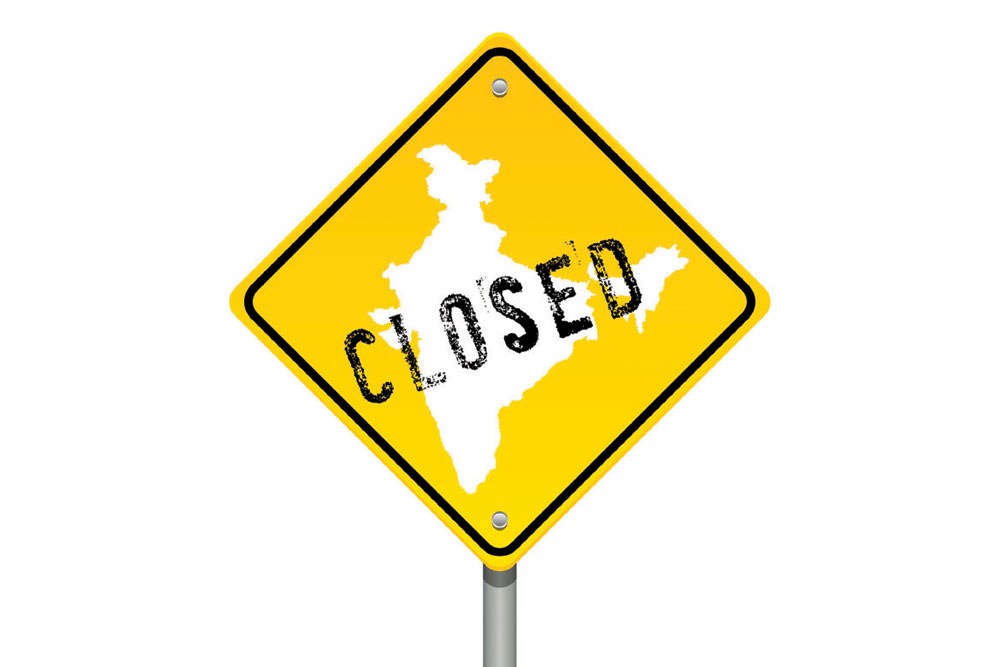 
When Sankriti Malik’s inbox chimed at 10:30 am on March 12th with a new email alert, she was ready for it. It was an email from her university president, Michael S Roth, announcing the suspension of classes. In a separate email sent to the graduating Class of 2020, of which Malik is a part, Roth held out ‘some hope’ for seeing them back for ‘commencement’ (graduation ceremony) while acknowledging it at the same time as a vague phase. “And just like that, in one email, we graduated,” says Malik, a fourth-year student of Wesleyan University, Connecticut. Malik is now back in India. She was in New Orleans on her spring break with another friend when the email came. “We flew back immediately. We had one day to wrap up four years of our life. Everything in my life has been fast-forwarded, it seems,” she says.

The world over, it is the same story as the Class of 2020 finds itself in limbo, the end of their academic year suspended as a question mark hangs over their immediate future.

On March 19th, the Central Board of Secondary Education suspended the remaining board exams for both Class X and Class XII students. A reported 180,000 students were to sit for the Class X exams while the number for Class XII is 120,000. According to a March 5th report by Washington Post, 290 million students across the world, from pre-kindergarten to the 12th grade have had their education disrupted. The number has only gone up since then as more and more countries have introduced a lockdown. In India, the University Grant Commission has asked higher education institutions to postpone all exams too, including the Joint Entrance Examination (JEE) for the IITs. More than 900,000 students have registered for the JEE in 2020. The stage is set for at least some disruption in the upcoming academic calendar (2020-21) and anxiety over the uncertainty is only increasing, be it amongst Indian students in international campuses or closer home.

“The current suspension is till March 31st but given the situation, I expect it to be extended. This is unprecedented and I don’t know whether to worry as a parent about my son’s future or to approach this like a teacher with a counsel of patience,” says a mathematics teacher at an elite Delhi school. Her son is in Class XII and preparing for the IITs but she does not know how he will be able to balance his time-table. “There is only one board exam left, but it will be a mental block. He will be unable to relax and prepare for the next step (IIT entrance),” she says, even as she learns the basics of Zoom, a platform for online classes.

Most parents and students Open spoke to expressed disappointment at board exams being suspended with just one test to go (computer science paper scheduled for March 21st), but also acknowledged that it was the need of the hour. “I am disappointed and would have liked the exams to be over, but at the same time I understand that it [conducting the exam] is a risk,” says Mudit Saklani, a Class XII student of Amity International School, Noida. A commerce student, Saklani intended to use the downtime after boards to start preparing for the entrance exams of different universities in the country but is resigned to things being on hold for a while. He is taking it slow as is his mother, Manu Saklani. “If this was a localised phenomenon, I would worry about its impact on the upcoming academic year and his options. But this is global. So there will be a solution.”

The fact that everyone is in this together is perhaps the only silver lining for students and parents alike though questions remain. “Will students be given a standard CGPA (aggregate of cumulative grade point secured over three years)? If that is the case, how fair is it on the good students? What happens to those students who have applied for PhD and Master’s programmes abroad? Will they still have their interviews?” asks a Delhi University professor. Her worries are both as an academic and as a parent. Her son is in his third year of engineering and has a summer internship which is, for now, still on the cards. In that regard, he is luckier than Jayant Mehra, a final-year computer science engineering student at University of California, Los Angeles. Like Malik, Mehra too had to leave his well-ordered academic life behind at a moment’s notice and return to India. Still jetlagged when he spoke to Open, he admits to everything “being so uncertain. I don’t know when I will go back.” Mehra was meant to graduate this year but had pushed back his semester for extra credits. He had plans for a summer internship but won’t be able to do that now. His friends, who were on board for internships back in the US, have received emails from companies stating that the internship programmes have been suspended. “I am going to plan for the future as I would have done even if this had not hit. It seems to be the only way forward right now,” says Mehra.

A delayed academic session is the least that the students are gearing up for though there are those who worry about admissions already secured. For many Class XII students applying outside the country, admissions to undergraduate programmes in countries like Canada and the UK are based on projected scores and can be conditional. With both Cambridge Assessment International Education and International Baccalaureate having suspended exams, students will now be given projected grades based on their past performances. “This means Grade XI scores as well as the performance in Grade XII. My daughter already has an email from a university that has accepted her which states that actual physical classes may be in spring 2021, though online classes will begin this fall,” says Monisha Kashyap, an Indian expat living in Nigeria.

The first known usage of the phrase black swan dates back to the second century when black swans were believed not to exist. Its modern-day usage though is attributed to Nassim Nicholas Taleb, a Lebanese-American scholar, who in his 2007 book The Black Swan: The Impact pf the Highly Improbable put forth the black swan theory; a rare, unexpected, hard to predict event that has severe consequences. A prime example would be the September 11th attack. And now the Sars-Cov-2 virus which has upended the world, bringing it to a screeching halt. “I don’t quite know how to make sense of any of this. As a Class XII student, will this impact me immediately? Probably in terms of all my entrance exams being scheduled back-to-back rather than being spaced out, but in a few years’ time, when I graduate from college or engineering school, will this impact the job market? How will it hit the economy and at what rate will it recover are questions that come to my mind but since I have a big window of time, I don’t worry. But what about those who are looking at entering the job market at this time?” asks Sahil Sabnis, a student of Naval Children’s School, Delhi. Prestigious institutes like IITs and IIMs were already through with their placements before the lockdown, but students in smaller institutes are worried. “I have a conditional offer from a bank but I really don’t know if it will last,” says a student of a Chandigarh-based MBA college who does not wish to be identified. With fees for even non-prestigious MBA programmes running into hundreds and thousands, most students have to worry about re-paying education loans or supplementing the income at home, and COVID-19 is making them anxious about the job scenarios. The situation is no different for Indian students with international degrees, albeit with a difference. Sankriti Malik had applied for the Optional Practical Training (OPT) that international students with F-1 visa are eligible for. OPT allows students to stay on in the US for one year after completing their course. “But if I leave the country, it means my application is invalid. I will have to start considering work options in India,” says Malik who works in the design thinking sphere.

Underlying all the worries and concerns, especially for students, is the emotional cost of the abrupt cleaving of what is meant to be a landmark year. The New York Times reported that students at Wellesley college, one of the most prestigious private women’s liberal arts college in the US, organised an impromptu graduation ceremony with whatever traditions they could manage in an attempt to get both recognition and closure. Students of international schools, like Riya Kashyap, feel that a huge moment of their coming of age has been taken away from them and their schoolmates. “Graduation, prom, roll call, these are all markers, meant to help us come to terms with the fact that school is over. Everyone is going to go their different way now and we have no control over what is happening,” says Kashyap, who spoke to Open just a day before International Baccalaureate (IB) announced suspension of the exams and was still hoping that she would be able to take them. A straight ‘A’ student, she said she had studied very hard for two years to be able to do well. “I have earned that diploma. If I am not allowed a chance to earn it, who should I blame?” When news broke of the exams suspended, she texted: ‘two years of hard work for nothing. I am so upset.’

Even if students are willing to take the delay in their stride, a certain section of parents are adding to the pressure with their anxiety. Repeated emails to schools, phone calls to teachers who are themselves struggling to come to terms with a new way of teaching while ensuring that students don’t lose out, are only creating a pressure chamber for students as well as teachers. “We are not sure if we can give the level of expertise, guidance required online, the teaching experience may be compromised and parents get in touch saying, ‘my child is peaking right now, how will this impact his performance in the IIT entrance?’” shares a teacher from Delhi on condition of anonymity.

Never has been a mantra more suited for the times than ‘wait and watch’. It is also the advice that Neeta Bali, Principal, GD Goenka World School is giving to her students and their parents. “Every problem has an inherent solution. There are bound to be delays if the situation escalates but there will be a way out. Everyone is in this together.” The Class of 2020 definitely is but it is a small consolation for them, as everyone from Malik to Sabnis to Kashyap struggle for answers no one has yet.