Why Uttar Pradesh’s new population policy is a progressive step 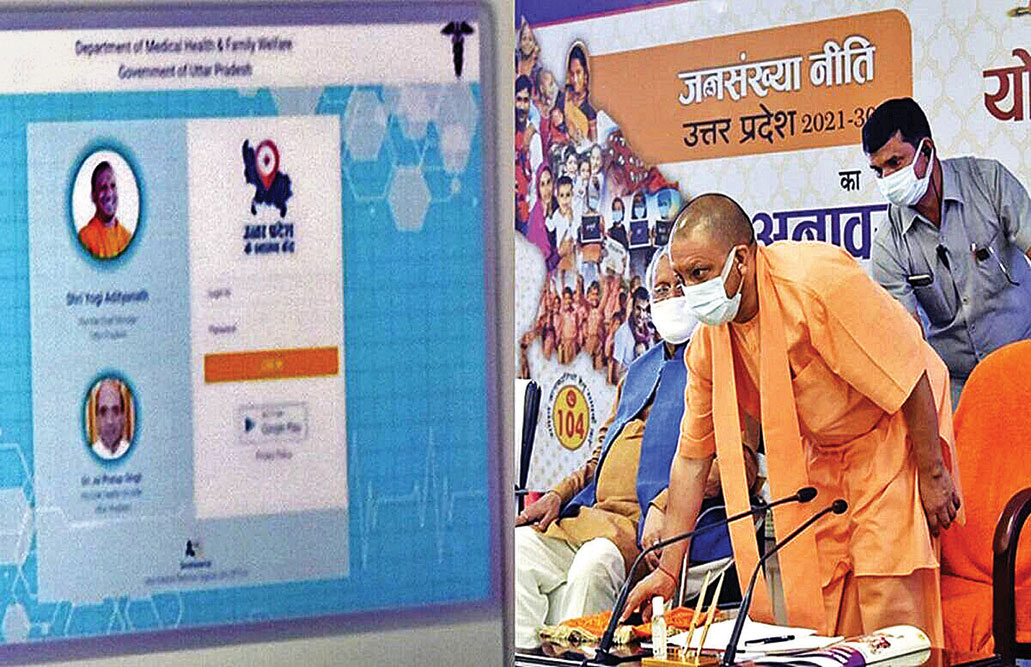 
IN A DRAMATIC step on July 11th, Uttar Pradesh (UP) Chief Minister Yogi Adityanath announced a state population policy. The occasion was fitting: the World Population Day. The policy that emphasised a two-child norm in the state was released at the same time as a draft Bill—the Uttar Pradesh Population (Control, Stabilization and Welfare) Bill, 2021. The UP state law commission invited comments on the draft Bill.

Since then, these measures have provoked controversy and all shades of opinion have opposed it in one way or another. On July 12th, just a day after the population policy and the Bill were released, the Vishva Hindu Parishad (VHP) objected to sections of the draft Bill that it said went beyond the objectives of stabilising the state’s population. VHP felt that these sections (in Chapter II of the Bill that deals with incentives to public servants and the general population to adopt a one-child norm) would lead to a contraction in UP’s population, a development with negative consequences. On the other hand, liberal and Muslim opinion feels the Bill targets minorities in the state. The fact that the Bill proposes disbarring people from contesting local body elections in case they violate the two-child norm has also been labelled as an “anti-democratic” feature.

The step has also been interpreted as a move furthering the political goals of the Bharatiya Janata Party (BJP) by the Adityanath government, keeping in mind the forthcoming Assembly election.

By the 2011 Census, UP had a population of 20 crore. This has risen to 23 crore in 2021 by some estimates. In economic terms, the state remains a laggard. In 2019-20, the state’s per capita income was roughly half of the national figure. In terms of relative economic performance with top-ranking states like Gujarat and Maharashtra, the state is way behind. The state government’s ability to provide decent employment is limited at best.

These problems are well known and so are their consequences. In 2011, the Census recorded 27 lakh migrants from UP in Maharashtra. In Gujarat, the figure was 9.29 lakh. In Punjab, it was 6.5 lakh. These figures are not to be scoffed at; they represent the dire economic situation that would be the fate of any state in UP’s position. But what this does is to accentuate political strains in India in many different ways. In Maharashtra, opposing the migration of “outsiders” is now a firmly established political plank for local parties. One cannot even blame these parties for an “illiberal” position. It is one thing for a state to absorb some migrants but a wholly different proposition to see wave upon wave of people come in search of a better life. It is not surprising that the same day Adityanath announced the population policy, Sharad Pawar, a politician who knows Maharashtra best, highlighted the need for population control.

There are other, more severe, ways in which imbalances in population and the need to sustain poorer states economically lead to political strains. Back in 2018, southern states like Kerala and Tamil Nadu objected to the use of the 2011 Census figures to determine the Finance Commission’s (FC) award. These states felt that they were being penalised at the cost of northern states like UP and Bihar among others. The reason? The southern states had experienced a demographic shift as their populations moved to a lower fertility trajectory while population continued to rise unabated in the north. Soon enough, this acquired a north versus south dimension.

Thereafter, the 15th FC changed the formula for the division of taxes by giving a weight of 12.5 per cent for demographic performance and another 2.5 per cent for tax effort. Forest and ecology were also given a 10 per cent weight. Thus, the FC’s award placated the southern states for the moment and what could have been a serious political flashpoint was averted.

That is just one part of the problem. The sheer weight of the two most populous states—UP and Bihar—in Parliament shifts the balance of political power in their favour. The fact of highly populous and economically backward states having far greater political influence than low-population but economically better-off states is inherently destabilising.

It is against these far more momentous political factors that UP’s population policy and its draft population control Bill ought to be evaluated and not the shrill politics of “secularism” and “liberalism”. Seen from that vantage, UP has indeed stolen a march over its peers. Historically, in any country, it is the “progressive” and “advanced” states that set the political and economic agenda. In Germany, it was erstwhile Prussia; in India, it was states like Maharashtra and West Bengal. In this process, states like UP were followers. But in a bold reversal, UP has seized upon the problem and taken a progressive step. It is also quite possible that the weight given by the 15th FC to demographic performance may have spurred UP into action.


The 2011 census recorded 27 lakh migrants from UP in Maharashtra. In Gujarat, 9.29 lakh. In Punjab, 6.5 lakh. This dire economic situation would be the fate of any state in up’s position

Here the contrast with those who sport the label of “progressivism” is stark: practically all of them have opposed the population policy in the name of the poor and on ideological grounds like secularism. Even VHP—a conservative Hindu organisation—is opposed to the population policy for a complementary—but unstated—set of political calculations.

It is interesting to note that many influential politicians, especially those from southern states, who never miss an opportunity to say that India lacks “true federalism”, have been silent on the policies being adopted by UP. Ideally, these “federalists” should be cheering UP’s chief minister but because one aspect of their politics is based on “secularism”, even a policy that goes in their favour is greeted by total silence. Such is the nature of “progressive” and “federalist” politics in India.

The two-child norm and the idea of controlling population have sparked vague fears of “Malthusianism” in certain quarters. From their perspective, the status quo, whereby poor states continue to get financial and economic support regardless of its cost along with political imbalances from much higher populations, is acceptable. In an ideal, “first-best” world, this would be a costless option. But as any economist knows, all real world situations require “second-best” optimisation. The political costs of these imbalances were growing in India and the ever-rising crescendo of demands for “true federalism” had a sinister ring to them. It took a chief minister from a so-called backward state to seize upon the problem boldly.

There was once another option to solve the “UP problem”. The sheer size of the state and its population—fifth largest in the world if UP were a nation-state—required that some steps be taken for its better management. In 2011, Mayawati, the then chief minister, presented a resolution in the UP Assembly recommending the splitting of the state into four parts. While the Assembly passed the resolution, nothing came of it as the Centre took no further steps. With the new population policy and the associated efforts to stabilise UP’s population, the four-state option seems to be finally off the table. That option may have warmed the hearts of “federalists” who favour smaller states to achieve some sort of “balance” between different parts of India, but it would have been ruinous economically. None of the four successor states was likely to be economically viable. The pressure on the Centre for “special packages” and a continuous drip of financial help would have been extremely stressful. That bad outcome has been averted.