The West should not forget that Russian wars start badly: Luttwak

Putin's forces are leaving one battlefield to go to another, to act purposefully, says noted war historian 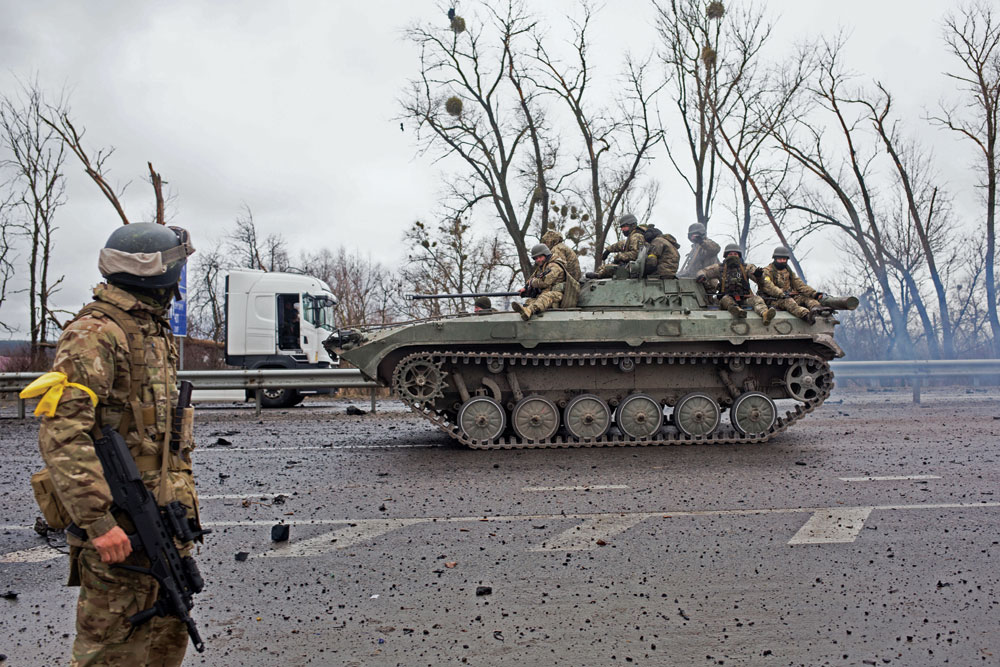 
Highly acclaimed military historian and Cold Warrior Edward Luttwak has a word of caution amidst all the euphoria around Russian withdrawals from certain areas Putin’s army had occupied since the war started in February this year in Ukraine.

“I hope that all concerned realise that the retreat from Kherson (a Ukrainian port city held earlier by the Russian forces) was not a forced movement, it was anticipatory. The forces withdrawn are leaving one battlefield to go to another, to act purposefully,” tweeted Luttwak, who advises American allies and friendly countries on strategy.

Asked whether he was suggesting that the West is at a disadvantage of underestimating the Russians in this war, the 80-year-old, who had been invited to India several times to advise officials on diplomacy, told Open, “Not exactly. They (the West) just forget that all Russian wars start very badly.”


Luttwak is also an expert on global history and cultures, including that of China. His 2012 book on China — The Rise of China Vs the Logic of Strategy – had generated enormous interest worldwide. Luttwak has earlier served as a consultant to the US National Security Council, the US Office of the Secretary of Defense, the US Department of State, the US Armed Forces and to various governments.

Luttwak explains that during World War II, the losses for the Soviet forces in 1941, the year Operation Barbarossa began with the German-led Axis powers gaining massive chunks of territory in the Eastern Front and nearly crushing the Soviet Air Force, and the military setbacks of 1942, especially in Leningrad and elsewhere, are proof of such bad starts. But then Operation Uranus happened, Luttwak avers. It is the codename for the Red Army’s November 1942 encirclement of Axis powers near Stalingrad. This counterattack effectively turned the tide of battle in World War II, and finally led to the German surrender less than three years later. Operation Uranus focused on crushing the German Sixth Army, the Third and Fourth Romanian armies, and parts of the German Fourth Panzer Army. November 19 marks 80 years of the launch of Operation Uranus.

Luttwak, columnist and author of books as seminal as The Grand Strategy of the Roman Empire, The Grand Strategy of the Byzantine Empire and The Grand Strategy of the Soviet Union, is a polyglot born in Romania, raised in Italy and England, and now lives in Chevy Chase, Maryland, US. When he was just 16, he had joined the British army and later volunteered for the 1967 war on the Israeli side against the united Arab forces. He is an alumnus of the London School of Economics and Johns Hopkins where he earned a PhD. He has earned for himself the epithet “the Machiavelli of Maryland”. His books such as Coup d’État: A Practical Handbook and Strategy: The Logic of War and Peace are some of his most-read books.

In an earlier interview to Open on February 26, Luttwak had predicted correctly that the Russian troops were too few to control the whole of Ukraine, especially beyond central Kyiv, Kharkiv, Odessa and such regions. He had said — when nobody said so — that sustaining the occupation will prove to be harder than Russians expect because of the geography in the western side. He had said that around Lviv in the west and beyond Zaporizhzhia in the south east, the Russian troops would face stiff resistance and would fall easy prey to Ukrainian soldiers and volunteer forces. He had also opined then that the Ukraine war would result in the political demise of Russian president and strongman Vladimir Putin due to a series of reasons, including the prospects of an unwieldy occupation and the rising tide of discontent back home.