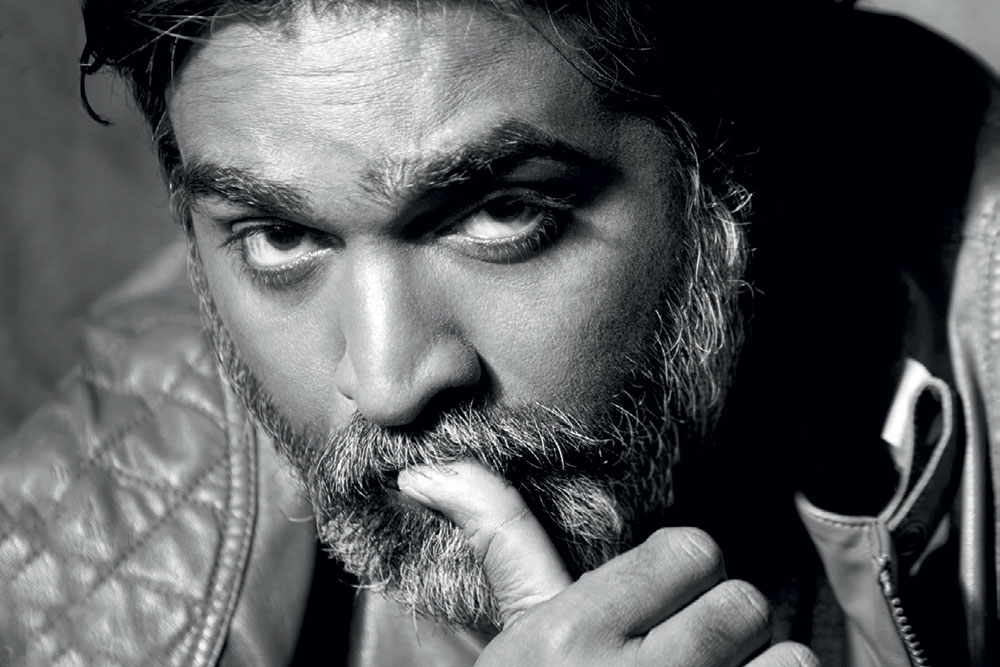 
FOR FANS OF Tamil cinema, the name Prem evokes not a Salman Khan character, but the 2012 film Naduvula Konjam Pakkatha Kaanum, in which the lead played by actor Vijay Sethupathi loses his memory after sustaining a small injury playing cricket with his friends. “I tripped and fell. I got hurt here… that is where the medulla oblongata is. The shock must have resulted in short-term memory loss. It’s ok, it will come back on its own,” Prem assures himself, in words that every fan of the actor has committed to memory. Sethupathi, 42, would have played cricket again onscreen, portraying one of the greatest cricketers of all time, Sri Lankan offspin legend Muttiah Muralitharan. Cast in a biopic named 800—after the number of Test wickets Muralitharan has to his name—Sethupathi had announced the project in early October, only to be browbeaten into withdrawing from it within a couple of weeks. The opposition came from a section of Tamil society that feels betrayed by Muralitharan’s politics. A Tamil who grew up in Sri Lanka during the civil war, Muralitharan is accused of disclaiming his ancestry and siding with the Mahinda Rajapaksa government that oversaw the genocide of Tamils in the country. “Muralitharan is an example for achievers in cricket and a historically important figure. But his political posturing and alleged identity swaps are controversial and cannot escape a portrayal in his biopic,” says Maravanpulavu K Sachithananthan, a Hindu Tamil activist in Sri Lanka. As detractors took to social media and urged the star to back out of the project, sensible voices condemned the slurs and a rape threat directed at his daughter. The backlash finally prompted Muralitharan, who is coaching bowlers of Sunrisers Hyderabad for the Indian Premier League season underway in the UAE, to issue a statement asking the actor to quit for the sake of his own safety and image.

“When I spoke to him, Sethupathi seemed unaware of the political purposes that a biopic on a problematic figure like Muralitharan could serve,” says V Gowthaman, a Chennai-based filmmaker, pro-Tamil activist and politician. “We have nothing against a film on Muralitharan. But it is being made in Tamil, with one of the most loved stars of Tamil cinema playing the character. It cannot be seen as just art—if the film comes out and Sethupathi becomes a tool in the hands of an anti-Tamil establishment to promote a hero who toes their line, it will hurt Tamil sentiment no end,” he says. Muralitharan has put out statements clarifying that the film is intended to inspire a generation of upcoming cricketers. He has also claimed affiliation with the Tamil plantation workers in Sri Lanka and said that his father and relatives lost their lives to the ethnic conflict. “The Tamil identity issue still rages in Sri Lanka, and an actor of Sethupathi’s stature should not be seen to endorse a man who has never before empathised with his own people,” Gowthaman says.

The sobriquet of ‘Makkal Selvan’ (People’s Man) has stuck to Sethupathi since director Seenu Ramasamy popularised it ahead of the release of his film Dharma Durai (2016). A rare actor in Tamil cinema who trespassed several boundaries, including the one between the commercial and the indie worlds, Vijay Sethupathi had a late start—after a career as an accountant in Dubai—and one that coincided with a new wave in the industry. Character-centric films, like the crime comedy Soodhu Kavvum (2013), the nostalgia trip that was 96 (2018) and Super Deluxe (2019) where he plays a transgender, made him a darling of Tamil audiences.

Sethupathi has, on occasion, spoken up against communal tension, fan wars and the abrogation of Article 370. In an interview last year to SBS Tamil Australia, a radio channel, after winning the best actor award at the Indian Film Festival in Melbourne, he invoked Dravidian leader Periyar EV Ramasamy and criticised the Narendra Modi Government’s “anti-democratic” stand on Kashmir. His statements on the issue are rumoured to have come in the way of his bagging the Tamil Nadu Government’s Kalaimamani award for excellence in art and literature.

Bowing out of 800, which could have won him an Oscar nomination, is a personal setback for Sethupathi the artist, but it has only reaffirmed his stature as the conscience-keeper of Tamil cinema.