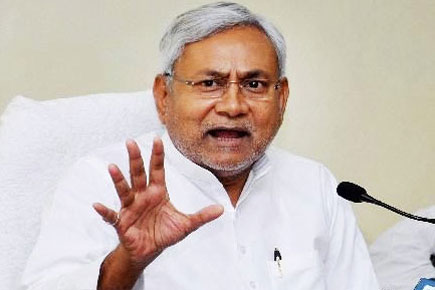 
A little more than five years after he broke his alliance with Lalu Prasad’s RJD over alleged corruption issues, the circle has turned once more for Bihar chief minister Nitish Kumar who resigned today.

Ironically the apparent rapprochement with RJD comes at a time when the pressure of corruption cases on RJD has actually increased. But since politics remains the art of the possible, allying with Rashtriya Janata Dal will ensure Nitish remains chief minister. For RJD, whose troubles were only mounting, the break up of the BJP-JD(U) alliance offers a lifeline.

During their previous short lived alliance, Nitish Kumar found RJD too overbearing with Lalu Prasad and son Tejashwi reminding the chief minister at every turn that he owes his chair to them. This time around, Nitish Kumar may have calculated that RJD’s options have further diminished and he could keep the party in check.

Over the past few days, JD(U) leaders have claimed that Nitish was being targeted with a “second Chirag Paswan” conspiracy. At the centre of discussion is one time Nitish confidant RCP Singh, a fellow Kurmi. The falling out has been bitter and JD(U) accuses Singh of being in cahoots with BJP to unseat the chief minister.

Problems between JD(U) and BJP have only increased since the Bihar assembly election of 2020 that saw a sharp diminution of Nitish Kumar’s strength. JD(U) won only 43 seats while BJP got 74. Rather than considering JD(U)’s weaknesses, the Nitish Kumar camp blamed the NDA breakaway Chirag Paswan for dividing its vote and suggested he was put up by BJP.

BJP denied having set up Paswan and senior leaders pointed out that the party ruled out any truck with him as it found his demands to be excessive. They dismissed the JD(U) conspiracy theory saying such fine calculations are not feasible and that BJP would never run such risks with a state government at stake.

Despite winning almost double the number of seats, BJP announced its support for Nitish as chief minister. That, however, did nothing to ease Nitish Kumar’s suspicions and a sense of disquiet shrouded the alliance. It provided the opportunity for some in JD(U) to successfully suggest to a receptive Nitish Kumar that the party would be headed for oblivion unless it broke with BJP.

The whittling of parties like Samajwadi Party and Bahujan Samaj Party in UP and the sudden fall of the Shiv Sena-NCP-Congress government in Maharashtra would have worked to convince Nitish Kumar that RCP Singh might well be the Trojan horse in Bihar.